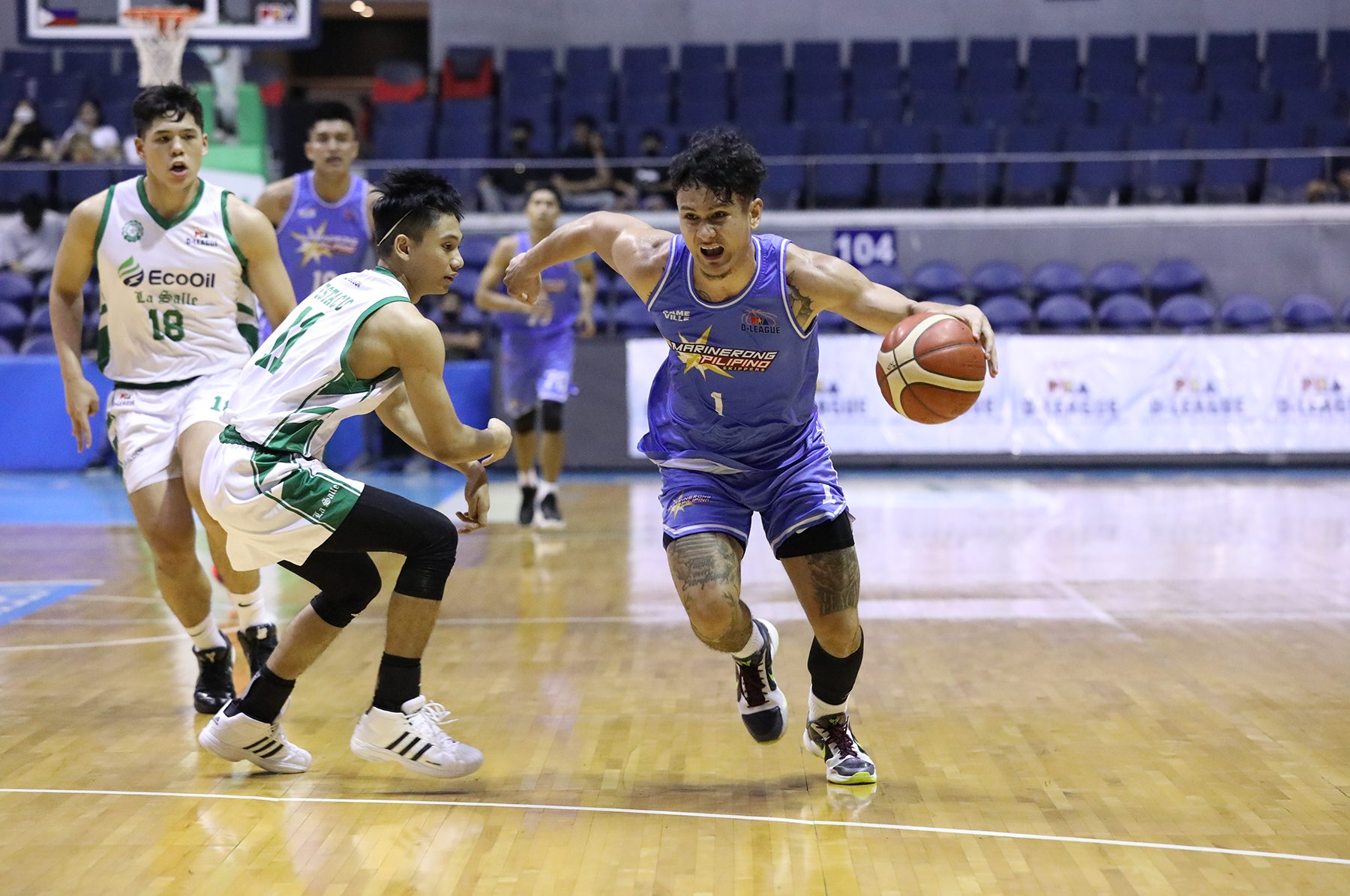 One of the frontrunners in the conference’s MVP race, the former Japan B. League import sank a high-arcing floater with just 13 seconds left in regulation to put Marinerong Pilipino up 4, 68-64. He tallied 6 of his 9 points in the final frame to go with his stellar 14-rebound, 7-assist, 4-steal line.

Although La Salle lead guard Evan Nelle drained a tough three at the 8-second mark to get within 67-68, Gomez de Liaño’s veteran back court partner Jollo Go calmly buried two free throws off the duty foul to put the Skippers ahead by 3, 70-67.

Nelle had one last open look at the corner off the timeout, but his tying three was just a tad too strong as Arvin Gamboa nailed two more freebies at the other end to seal the deal.

Adrian Nocum led all scorers with 22 points on a near-perfect 10-of-12 clip as the Skippers moved within one win from their first D-League championship in franchise history.

“I’m really glad we set the tone in Game 1. I think that’s going to build us momentum coming into Game 2. All in the team mindset. We prepared so hard for this game and we’re just going to focus on Game 2,” said Gomez de Liaño after the game.

“We all had a good start. It started with good defense and we executed our plays. That’s why we got the win,” added Nocum in Filipino.

Over at the losing end, Schonny Winston paced La Salle with 21 points on 8-of-13 shooting as CJ Austria backstopped the effort with 15 points on a 6-of-10 clip.

Michael Phillips, another conference MVP candidate, scored 7 on 3-of-6 shooting with a game-high 16 rebounds plus 2 blocks and 1 steal, while Gilas Pilipinas forward Kevin Quiambao was held to just 9 points on an ice-cold 3-of-14 clip.

Marinerong Pilipino can seal its place in D-League history with a series sweep for its first title on Wednesday, August 24 at 12 pm, still at the Araneta Coliseum.