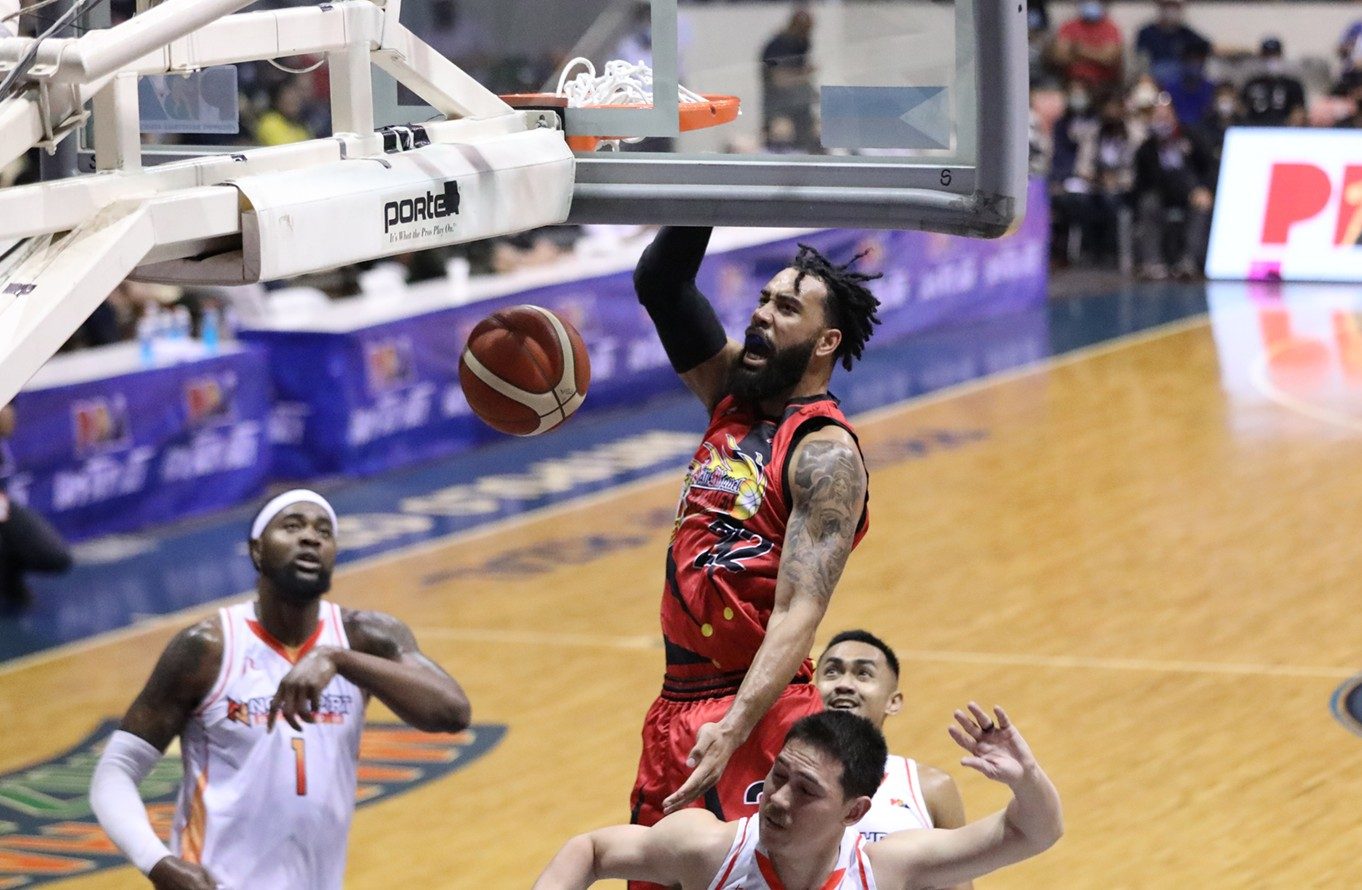 AT HOME. Devon Scott has hit his stride with San Miguel since coming in as a replacement import.

ANTIPOLO, Philippines – Devon Scott knows San Miguel can give him the pink slip any time even as he seems to finally get his footing with the Beermen.

Scott steered San Miguel to its first back-to-back wins in the PBA Commissioner’s Cup after churning out all-around numbers of 25 points, 16 rebounds, and 6 assists in a 104-86 rout of NorthPort on Wednesday, October 26.

“All I can think about is day by day and game by game. At the end of the day, this game is a business. Once you become a professional, it’s about business,” Scott said.

“If the team decides to change, I’m going to take it as a business decision.”

Scott has been a reliable reinforcement since he came in as replacement for Diamond Stone.

But San Miguel head coach Leo Austria previously said the Beermen are not closing their doors on the possibility of bringing back former NBA player Thomas Robinson, their initial import choice.

San Miguel relegated Robinson, who is now back in the United States, to the injured/reserved list due to back issues just before the conference started.

“The coaching staff, the team, the management staff have all been extremely professional, extremely welcoming. If they decide to change, it’s a business decision at the end of the day, it’s never personal,” Scott said.

“I show up everyday, do my job, try to do the best I can in the game, and hope for the best. At the end of the day, if they change, they change. If they don’t, I’ll be here fighting for a championship.”

After losing in his PBA debut, Scott said he has hit his stride with the Beermen.

“I’m definitely well-acclimated now,” Scott said. “If you’re not ready by now, you’re not going to be ready. I feel fine.” – Rappler.com