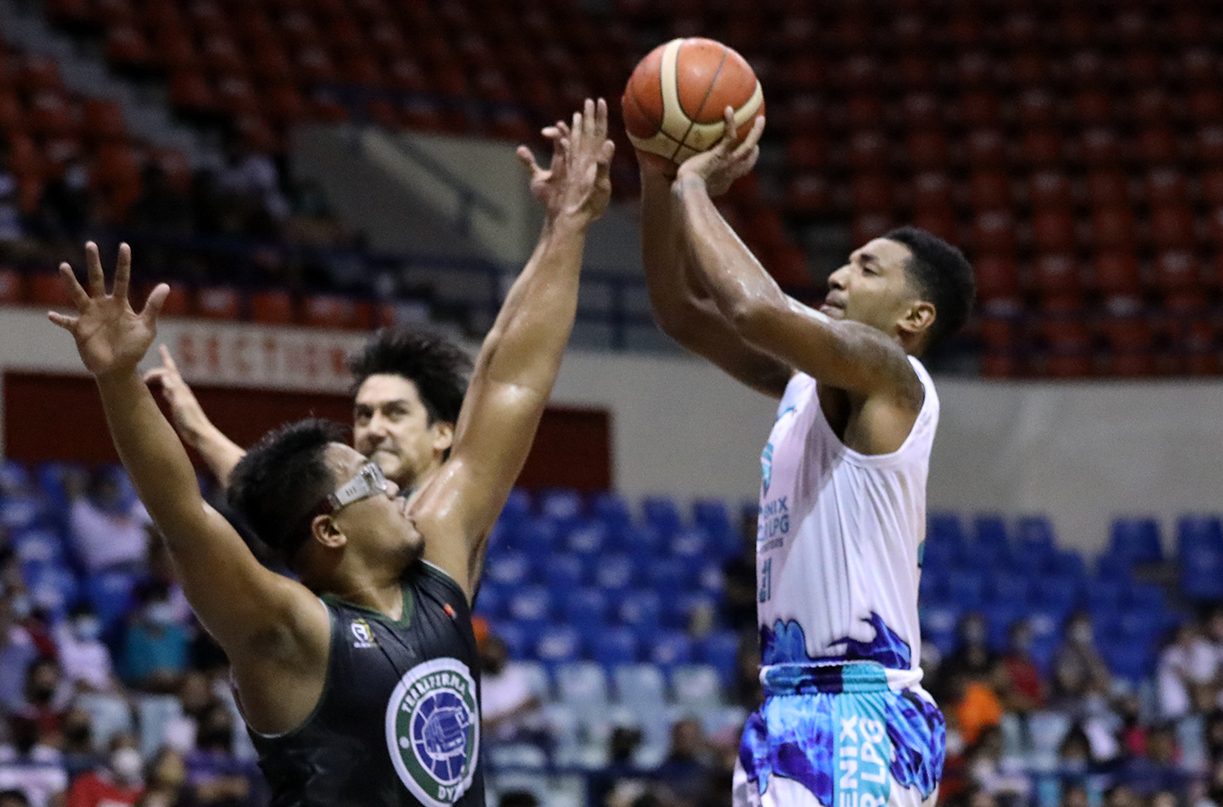 FIRST WIN. Jason Perkins and Phoenix break through after opening the season with back-to-back losses.

Facebook Twitter Copy URL
Copied
'I was definitely thinking of him,' says Jason Perkins as he delivers all-around numbers to key Phoenix to its maiden victory

ANTIPOLO, Philippines – It looked like nothing bothered Jason Perkins as he towed Phoenix to its first win in the PBA Philippine Cup.

Perkins churned out all-around numbers of 17 points, 9 rebounds, and 5 assists to lead the way in the Fuel Masters’ 97-74 thumping of the Terrafirma Dyip on Friday, June 17.

But Perkins – hailed Player of the Game – failed to contain his emotions as he begged off from the customary post-game interview with coach Topex Robinson and sobbed on the way out of the press room.

“My father, before the game, he got a stroke and he is not doing too good right now,” Perkins told reporters just before leaving the Ynares Center here.

“I was kind of holding my emotions into this so I can play in the game. After the game, it kind of just hit me.”

Perkins used his father as inspiration instead as he finished the game with an impressive plus-minus of +27.

He also steadied the ship for Phoenix after Terrafirma sliced a 35-point deficit to just 14 points in the fourth quarter by scoring 5 unanswered points that gave his side an 82-63 lead en route to the 23-point romp.

“I was definitely thinking of him. Basketball, the court is my getaway place, my safe place. I just want to enjoy winning with my team,” Perkins said.

Although playing with a heavy heart, Perkins is glad to see the Fuel Masters finally break through after starting the season with back-to-back losses.

“We needed to have fun on the court together again. It was a big win. We really needed it.” – Rappler.com