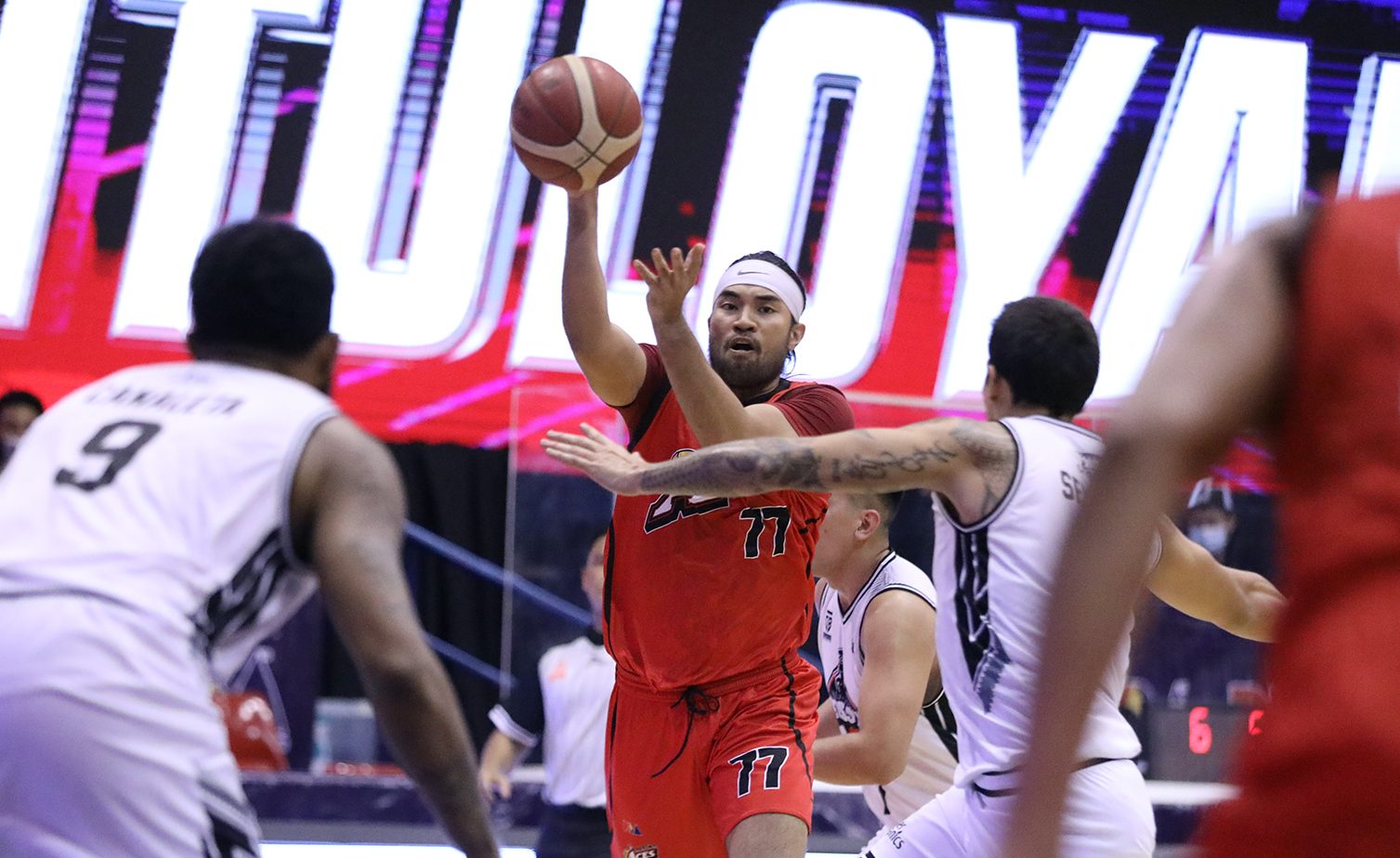 NEW ACQUISITION. Gab Banal finds a new home in the PBA at Alaska.

Facebook Twitter Copy URL
Copied
Playing in the PBA for the first time since 2017, Gab Banal fills up the stats sheet for Alaska in their season-opening blowout win

Gab Banal proved Alaska made the right decision to sign him despite years of being away from the PBA as he delivered across the board in the Aces’ conference-opening win in the Philippine Cup.

Banal churned out 8 points, 6 rebounds, and 3 assists off the bench to help Alaska clobber Blackwater, 103-77, in the maiden game of the All-Filipino joust on Friday, July 16.

“Gosh. When I think of Gab, I think of just a solid player. Not only is he intelligent, but he knows his strength and weaknesses,” said Aces head coach Jeff Cariaso.

“Being a vet, even if in the past few years he hasn’t been in the PBA, he just brings us a different look, because he’s just really smart out there.”

The 30-year-old got selected by San Miguel in the second round of the 2014 PBA Draft.

However, Banal saw action sparingly and last played in the PBA in 2017 for GlobalPort (now NorthPort).

Banal, though, thrived as he picked up several individual accolades in other local leagues, including a Finals MVP plum in the PBA D League and an MVP award in the Maharlika Pilipinas Basketball League (MPBL).

His exploits outside the PBA prompted Alaska to sign him earlier this year.

“He doesn’t force anything, he picks his spots, and [he knows] when to be aggressive. He’s not that big but he can defend some of the smaller bigs and we like that about him,” Cariaso said.

“He grew up in a basketball family so he knows and we know that he knows what it takes to be successful. So we’re happy to be able to pick him up and you can tell today why.” – Rappler.com