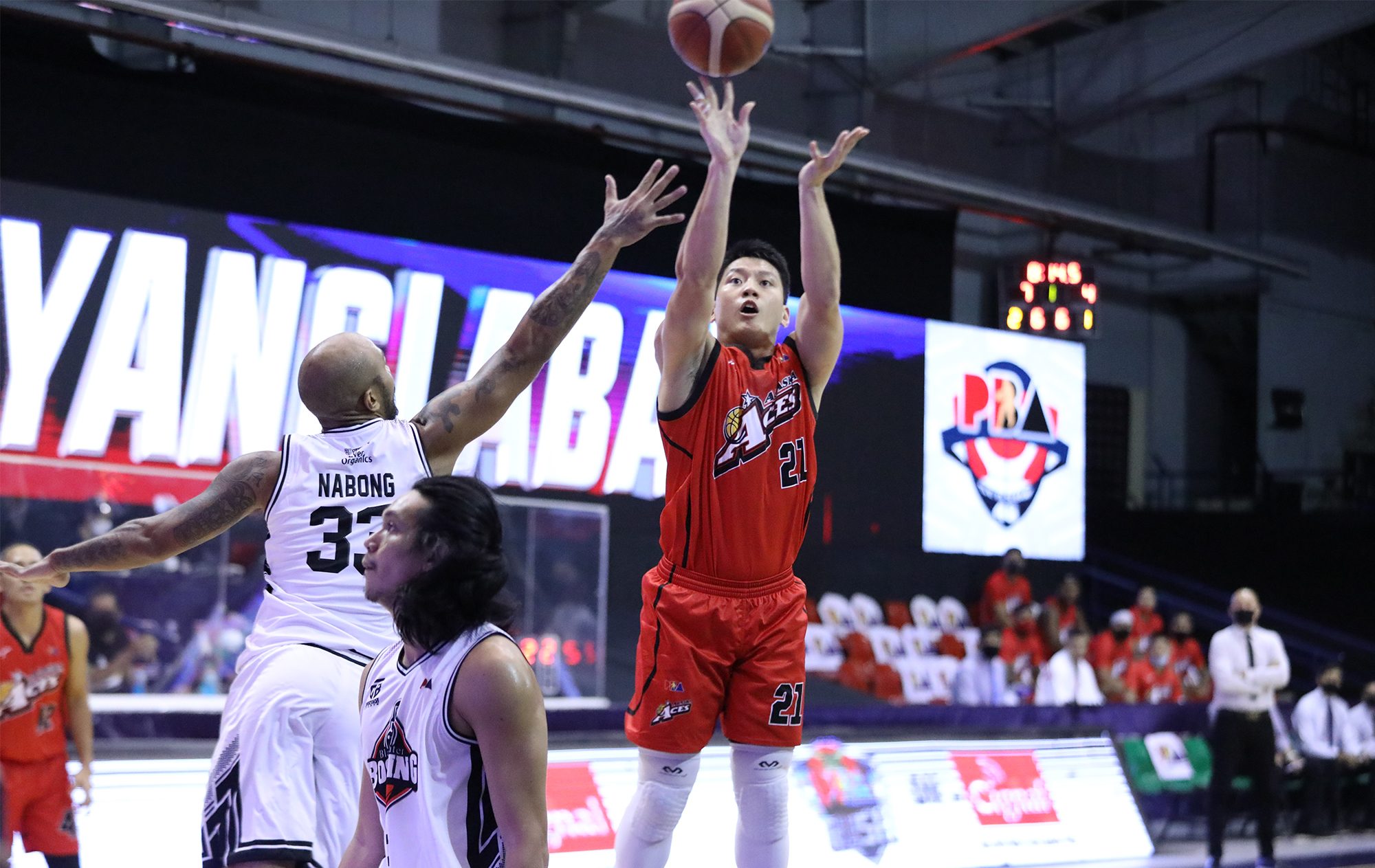 The Alaska Aces started off the 46th PBA season strong with a huge 103-77 blowout win over the Blackwater Bossing in the Philippine Cup at the Ynares Sports Arena in Pasig on Friday, July 16.

Mike DiGregorio led the lopsided second-half charge with 20 points and 5 rebounds on 8-of-12 shooting, while new Aces acquisition Yousef Taha added 16 markers and 7 boards off the bench.

“I couldn’t sleep last night because honestly of the uncertainty,” said Alaska head coach Jeff Cariaso after the game.

“The uncertainty of how we’re gonna look tonight. It’s kind of hard to gauge this team when you don’t have the opportunity to play with anyone except yourself.  But we’re happy with this first step.”

However, the Aces seized control right back with a massive, game-sealing 27-7 response capped by 8 quick points from spitfire rookie RK Ilagan in the final 1:43 of regulation.

Former TNT guard Simon Enciso also gave a glimpse of what he can do with his new team in the loss with 23 points, 19 coming in the first half alone, built off 5-of-11 three-pointers.

Mike Tolomia added 15 markers off the bench in the loss, while former Meralco stalwart Baser Amer was held to just 4 points on a 2-of-12 clip.