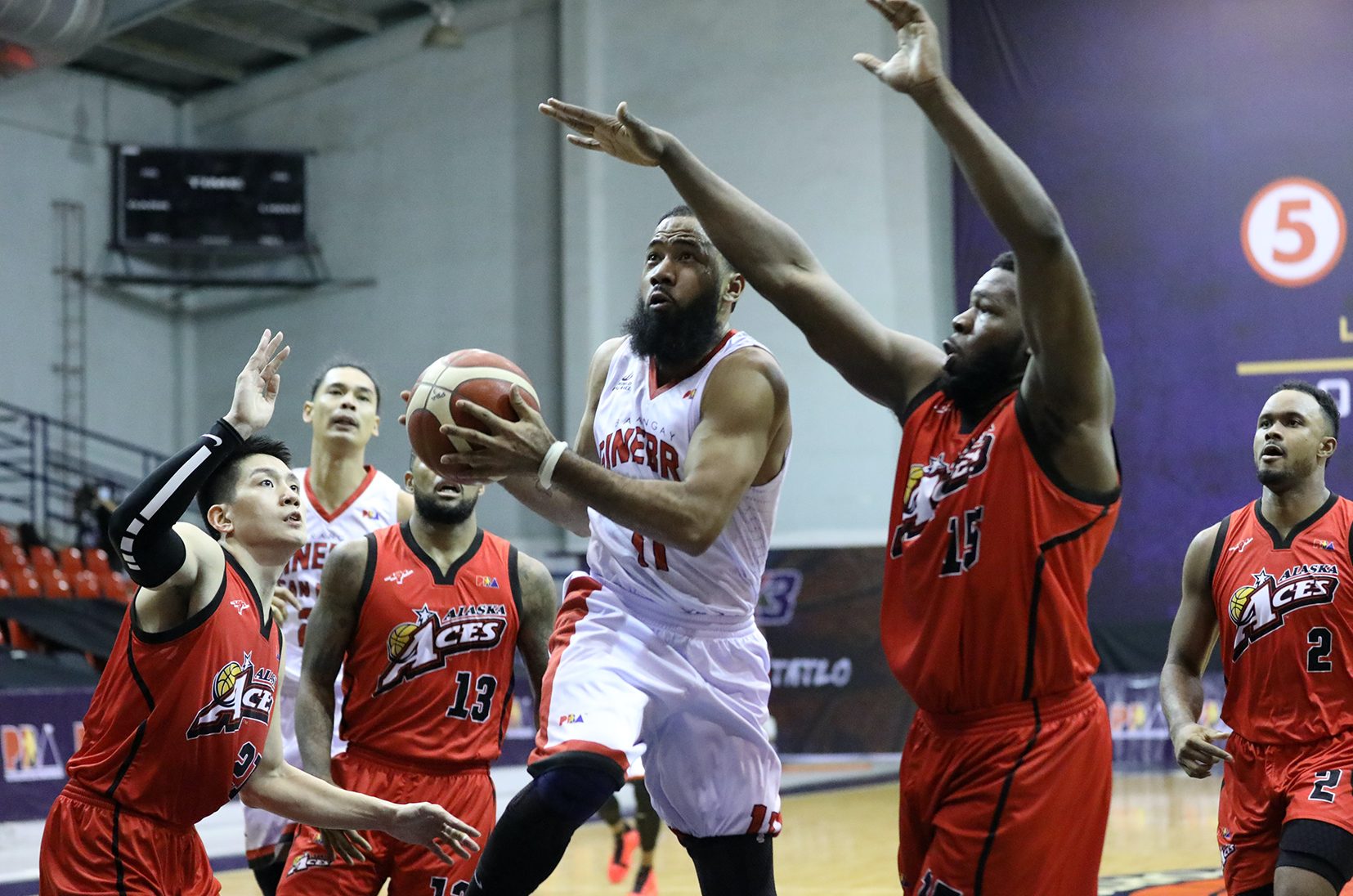 CLUTCH. Stanley Pringle delivers down the stretch for Ginebra.

Barangay Ginebra leaned on Justin Brownlee and Stanley Pringle late to kick off their title-retention bid in the PBA Governors’ Cup with an 80-77 win over Alaska at the Ynares Sports Arena in Pasig on Sunday, December 12.

Reinforcing the Gin Kings for the eighth time, Brownlee delivered his usual numbers of 28 points, including 4 big points in the final 1:10 minutes, to go with 10 rebounds, 4 assists, 3 steals, and 2 blocks as Ginebra handed the Aces’ their first loss after a 2-0 start.

Brownlee knotted the score at 73-73 before Pringle gave the Gin Kings a two-point edge with 40 second remaining off a tough turnaround jumper.

LA Tenorio also proved clutch for Ginebra, knocking down 3 of his last 4 free throws that pushed their lead to 78-75 as Alaska crumbled in the endgame.

The Aces still had a shot at tying the game but Maverick Ahanmisi and Robbie Herndon failed to connect on a pass that led to an out of bounds turnover, a head-scratching blunder considering they still had a timeout left.

Brownlee then sealed the win with a pair of free throws for a successful PBA return after nearly two years since he powered the Gin Kings to a Governors’ Cup championship.

Pringle tallied only 7 points, but 4 of his output came in the final two minutes.

Herndon had 12 points in the losing effort, while Ahanmisi and Jeron Teng tallied 10 points apiece.