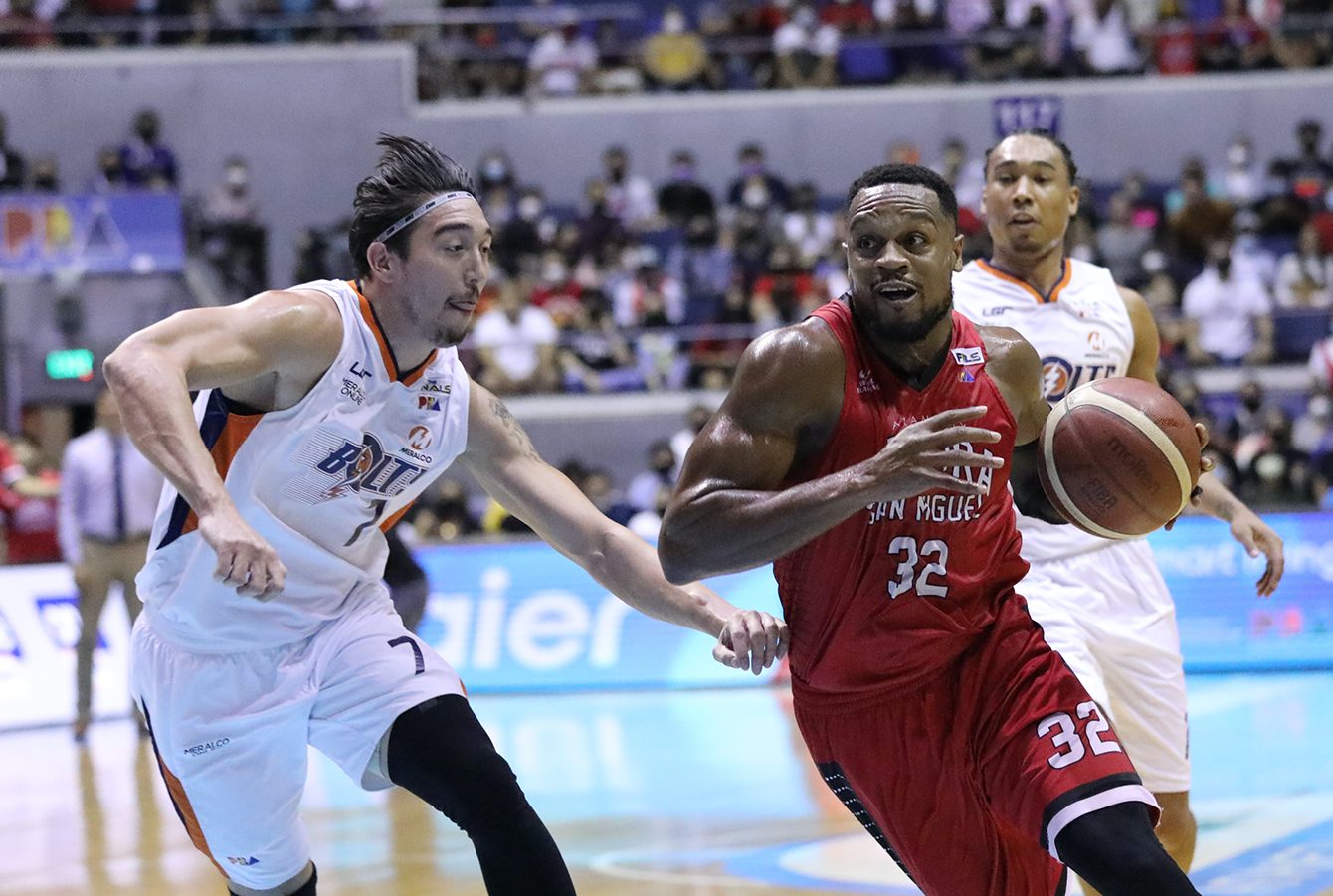 40 PIECE. Justin Brownlee explodes for 40 points as Ginebra moves one win away from reasserting its mastery over Meralco.

MANILA, Philippines – Scottie Thompson came through down the stretch as Barangay Ginebra moved on the cusp of the PBA Governors’ Cup title with a 115-110 win over Meralco at the Araneta Coliseum on Sunday, April 17.

Thompson fell just a rebound short of his second triple-double in the finals, finishing with 19 points, 11 assists, and 9 rebounds in the victory that gave the Gin Kings a 3-2 lead in the best-of-seven finals.

Fresh from claiming the Best Player of the Conference, Thompson showed why he was the landslide winner for the coveted award.

Thompson grabbed a crucial offensive rebound and drained a clutch three-pointer to cap a 7-0 blitz that gave Ginebra a 105-97 lead, a resounding answer to the 15-2 run the Bolts used to inch within a whisker, 97-98.

He then found LA Tenorio underneath the basket for a 109-101 advantage with under a minute remaining as the Gin Kings won back-to-back games for the first time in the finals.

Justin Brownlee starred for Ginebra with 40 points, 11 rebounds, 5 assists, and 2 blocks, while Arvin Tolentino stepped up with 16 points off 4 triples to go with 4 rebounds and 3 steals.

But this did not discourage Meralco, which trailed by as many as 14 points in the fourth quarter, 82-96, before it staged its inspired comeback behind Tony Bishop.

The Bolts import erected a personal 13-2 run, with 9 points coming from beyond the arc, and Aaron Black scored on a layup as Meralco cut its deficit to a single point.

Christian Standhardinger, though, retaliated with back-to-back buckets before Thompson gave Ginebra more separation with his timely triple over Allein Maliksi.

Standhardinger churned out 13 points, 7 rebounds, and 3 assists, while Tenorio fired 10 points and 7 assists.

Bishop tallied 30 points, 15 rebounds, 4 assists, and 3 steals for the Bolts, who are on the verge of losing their fourth finals duel against the Gin Kings.