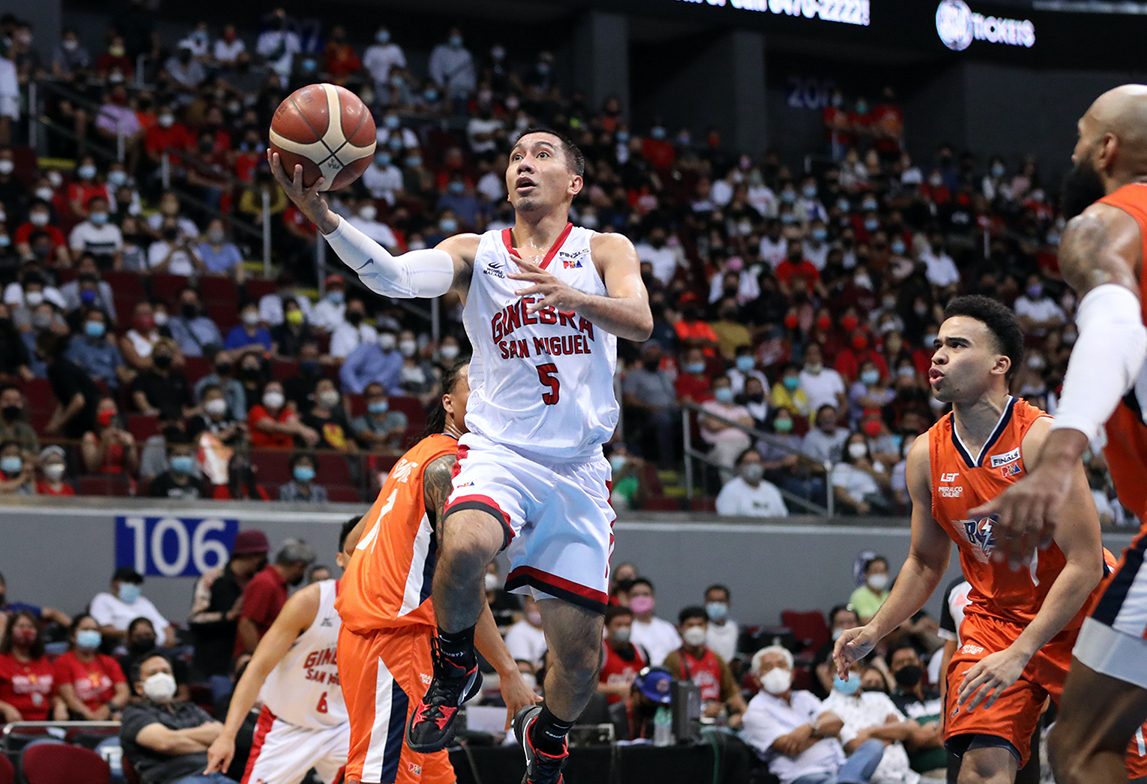 Barangay Ginebra reasserted its mastery over Meralco to complete its title-retention bid in the PBA Governors’ Cup with a 103-92 win in Game 6 at the jam-packed Mall of Asia Arena on Friday, April 22.

Justin Brownlee shrugged off a quiet first half and finished with 24 points, 16 rebounds, 6 assists, 2 blocks, and 2 steals as the Gin Kings captured their fourth Governors’ Cup crown in six seasons, all at the Bolts’ expense.

On the night he eclipsed Billy Ray Bates for the No. 5 spot in the all-time PBA imports scoring list, Brownlee erupted for 17 points in a pivotal third quarter that saw Ginebra lead 78-73, an advantage it held until the final buzzer.

LA Tenorio scorched hot for a conference-high 30 points on top of 4 rebounds and 4 assists before a new pandemic record 20,224 fans as the Gin Kings captured their 14th title in franchise history.

Ginebra has tied Magnolia and Alaska for the second-most championships among PBA franchises.

“It was such a delight, such a joy to bring these guys to the promised land in front of all of you,” Cone said in a message to fans as he claimed his 24th title.

While it was Thompson who won Finals MVP, it was Tenorio who delivered the big hits in the closeout match.

Tenorio gave Ginebra its first double-digit lead at 91-80 off a layup with 6:35 minutes left and drilled in a triple with a minute remaining to completely shut the door on Meralco.

It did not help the Bolts’ cause that they went scoreless for five minutes in the fourth quarter, with the Gin Kings taking advantage and erecting an 11-0 run capped by a Brownlee three-pointer for a 96-80 cushion.

Meralco import Tony Bishop tallied 21 points, 16 rebounds, and 2 steals in the loss as a PBA championship remained elusive for the franchise despite four finals appearances.

The Bolts’ loss mirrored their 2016 Governors’ Cup finals defeat, where they led 2-1 against the Gin Kings only to lose the next three.