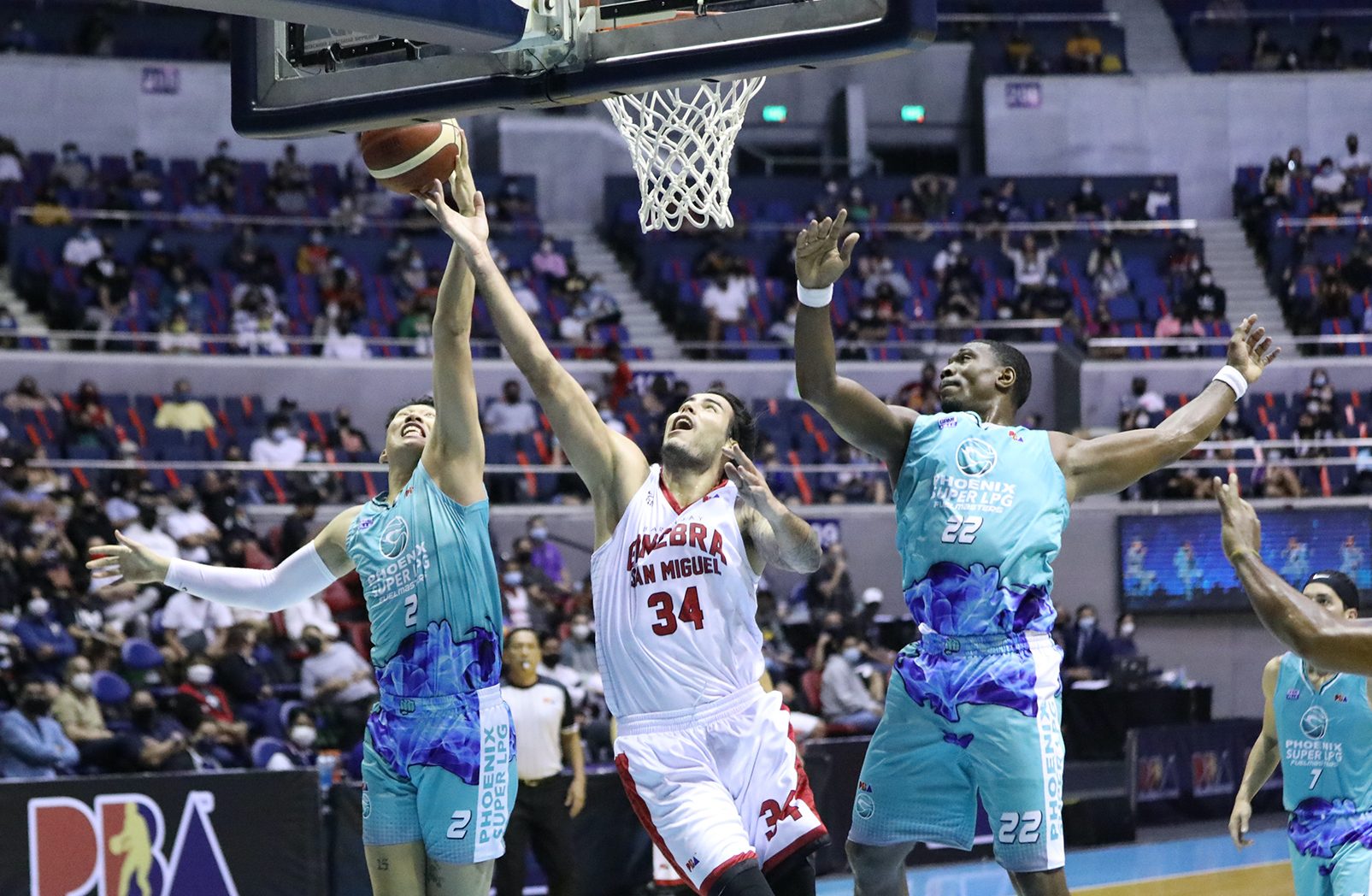 DOMINANT. Christian Standhardinger shines for Ginebra with a 30-point performance.

MANILA, Philippines – LA Tenorio came through at crunch time as Barangay Ginebra kept its immaculate record intact with an enthralling 125-121 overtime win over Phoenix in the PBA Governors’ Cup at the Araneta Coliseum on Sunday, December 19.

Tenorio sank a last-second triple to force an extra period and sealed the win in overtime with another big three-pointer to allow the Gin Kings to escape the Fuel Masters and notch their third straight triumph.

Phoenix wasted plenty of chances to close out the victory in the final 15 seconds of regulation after Paul Harris and Aljun Melecio split their free throws and missed out on giving their side a two-possession lead, 114-111.

With Justin Brownlee heavily guarded, Ginebra turned to Tenorio – who finished with a near triple-double of 15 points, 9 assists, and 8 rebounds – for the overtime-forcing three-pointer with 1.2 ticks left.

Once again serving as decoy late in extra time, Brownlee attracted the defense of Harris and Melecio before he found Tenorio at the right wing for the triple that settled the final score.

Brownlee also flirted with a triple-double with a team-high 31 points to go with 9 rebounds and 8 assists, while Christian Standhardinger put up 30 points and 9 rebounds, including the two free throws in the final minute that put the Gin Kings on top, 122-121.