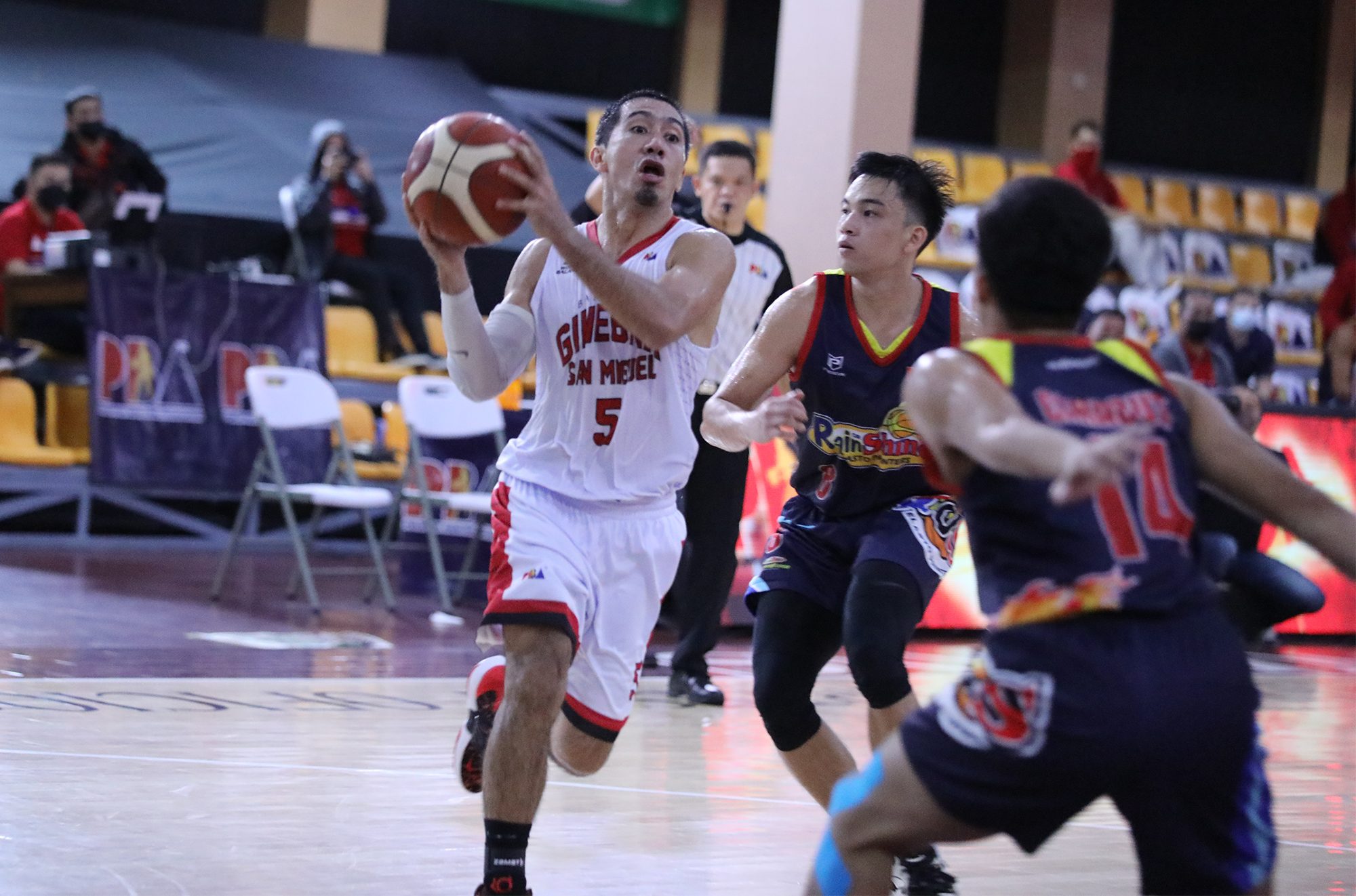 Facebook Twitter Copy URL
Copied
‘This is the first time in this conference that I felt like we played the game and tempo we wanted to play in,’ says Ginebra coach Tim Cone

Barangay Ginebra got out of its losing record in its PBA Philippine Cup title defense with an 83-77 win over the Rain or Shine Elasto Painters at the DHVSU Gym in Bacolor, Pampanga on Wednesday, September 8.

With the win, the Gin Kings evened out their record at 3-3, while the Painters dropped their second straight game for a 4-4 slate.

Scottie Thompson followed right up with 14 points, 6 boards, and 6 dimes on a near-perfect 5-of-6 clip, and a sterling 3-of-3 from downtown, with his last trey serving as a dagger to the Rain or Shine rally, 82-74, with 27 seconds left in regulation.

“But obviously, we have San Miguel and Talk ’N Text coming up. So we have a couple of big assignments, and we have to be a lot better in the next few nights than we are now.”

Off a 10-point deficit at the start of the fourth quarter, 50-60, the Painters consistently chipped away at Ginebra’s lead until they got within one, 72-73, off a wild triple by Rey Nambatac at the 3:07 mark.

But Tenorio quickly repaid the favor after a Standhardinger layup, and created a two-possession gap off a last-second desperation mid-range shot for the 79-74 lead with 1:40 left in regulation.

Rain or Shine then failed to get close with a crucial missed Nambatac three, before Thompson got left open for the patented dagger corner trey that sealed the deal.

Nambatac led all scorers in the tough loss with 18 points off the bench in just 23 minutes, while young sniper Anton Asistio made the most of his starting gig with 14 markers off a 4-of-9 clip from three.

As Cone said, Ginebra will have a tough climb ahead as the former All-Filipino kings San Miguel Beermen await in a blockbuster Friday, September 10 main event at 6 pm.

Meanwhile, Rain or Shine will also have a difficult assignment ahead on the same day with a game against the Magnolia Hotshots at 12:30 pm.