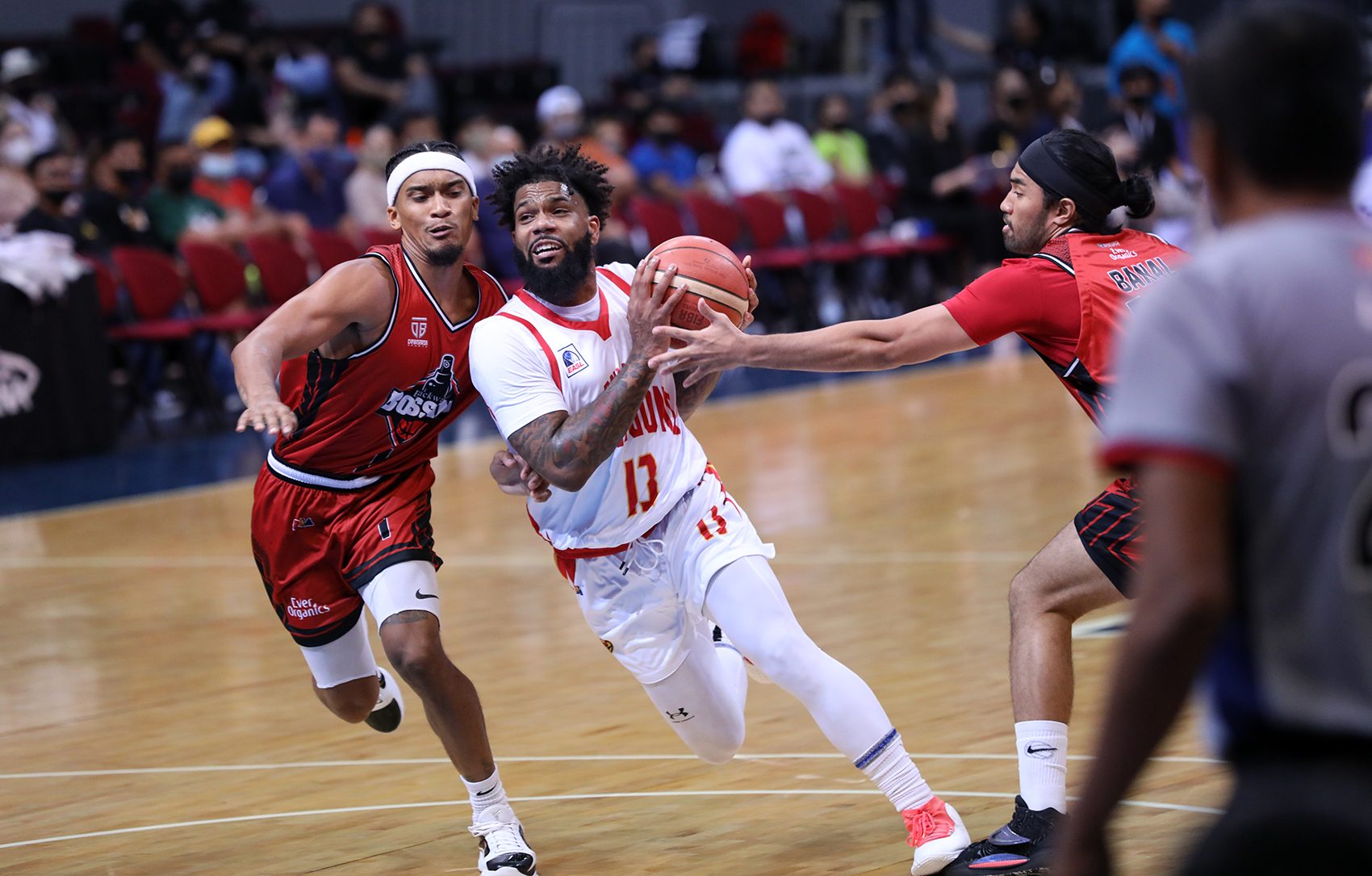 DOMINANT. Myles Powell drives against the Blackwater defense at the 2022 PBA Commissioner's Cup.

MANILA, Philippines – The Bay Area Dragons started off the 2022 PBA Commissioner’s Cup on a roll with a massive 46-point blowout of the Blackwater Bossing, 133-87, at the Mall of Asia Arena on Wednesday, September 21.

Import Myles Powell lived up to his lofty billing as a former NBA player after toying the locals around with 41 points on 14-of-28 shooting to go with 8 rebounds, and 3 assists.

Glen Yang led four other Dragons in double-digit scoring with 22 points on a 7-of-12 clip, while 7-foot-5 Chuanxing Liu scored 9 points with 13 rebounds off the bench.

The Bossing only tasted a brief 5-3 lead at the start of the game before the Dragons roared ahead with an 18-2 run, capped by a Powell and-one conversion at the 7:06 mark for the 21-7 separation, and never looked back.

Momentum stayed firmly with the Bay Area side as it breached 40-point separation late in the fourth and peaked with a 46-point gap to set the final score.

“I think at the start of the game, our defense was good. We stayed in front of them. We did a good job on the on-balls, and then on the offensive end, we really clicked,” said Bay Area head coach Brian Goorjian.

Top Rookie of the Year candidate Ato Ular paced the Bossing’s sorry loss – its seventh straight after a 5-1 start in the Philippine Cup – with a big 13-point, 14-rebound double-double hiked by 9 offensive boards, while Rashawn McCarthy scored 11 off the bench on 5-of-14 shooting.

Import Cameron Krutwig came 2 assists shy of a triple-double, but only managed 11 points on a 5-of-16 clip to go with 12 boards and 8 dimes.

NorthPort will get the unenviable task of testing the Dragons next on Saturday, September 24, 4:30 pm, also at the MOA Arena, while Blackwater shoots for a bounce-back that same day at 6:45 pm against Phoenix.