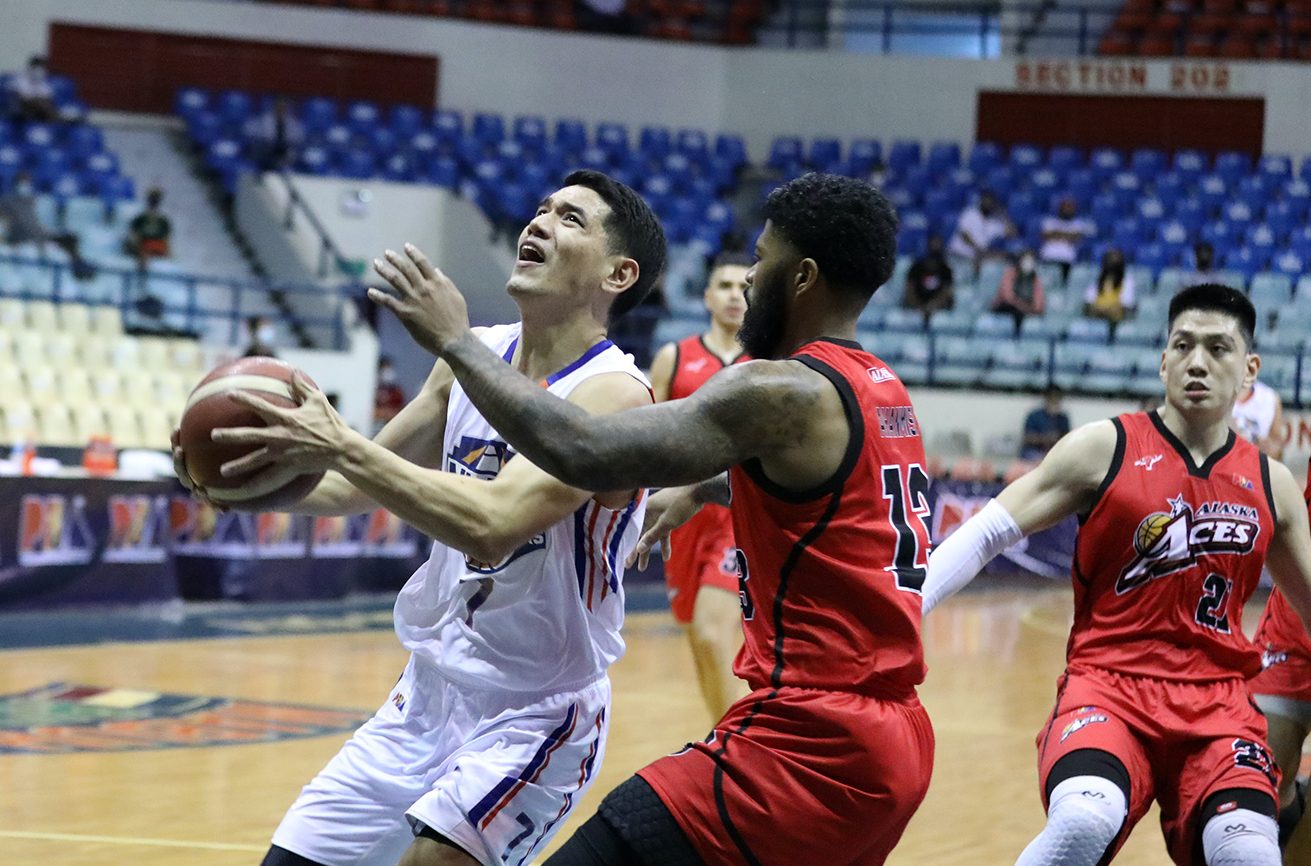 MANILA, Philippines – NLEX banked on Kevin Alas’ blazing start to send Alaska crashing back to earth in the PBA Governors’ Cup following a 106-89 romp at the Ynares Center in Antipolo on Wednesday, February 23.

Alas erupted for 15 of his 19 points in the opening quarter as the Road Warriors built a sizable lead early and never looked back to get its foot in the quarterfinals door with a 6-3 record.

The best defensive team in the league, the Aces failed to contain the red-hot Alas, who shot 3-of-5 from long distance and 5-of-7 from the field in the maiden period to help give his side a massive 38-17 advantage.

Import KJ McDaniels added 13 points in that furious first-quarter display and finished with 27 points as NLEX unseated Alaska, which saw its three-game winning streak halted, for third place in the standings.

With McDaniels – who also churned out 11 rebounds and 3 blocks – picking up where Alas left off, the Road Warriors’ lead swelled to as big as 29 points, although the Aces made some runs here and there.

Alaska cut its deficit to half off an Allyn Bulanadi floater with six minutes left, 79-93, but Jericho Cruz quickly restored order for NLEX with consecutive three-pointers in the next two possessions.

Cruz delivered 21 points and 5 rebounds off the bench, while Don Trollano added 10 points, 7 rebounds, 3 assists, and 3 steals in the second straight win.

Abu Tratter tallied 17 points and 4 rebounds for the Aces, who badly missed the offensive production from star forward Jeron Teng as they dropped to 5-3.

The latest winner of the PBA Press Corps Player of the Week award after averaging 18.5 points in their back-to-back victories last week, Teng recorded just 9 points against the Road Warriors.

Import Olu Ashaolu had 14 points, 6 assists, 5 rebounds, and 2 steals in the loss.