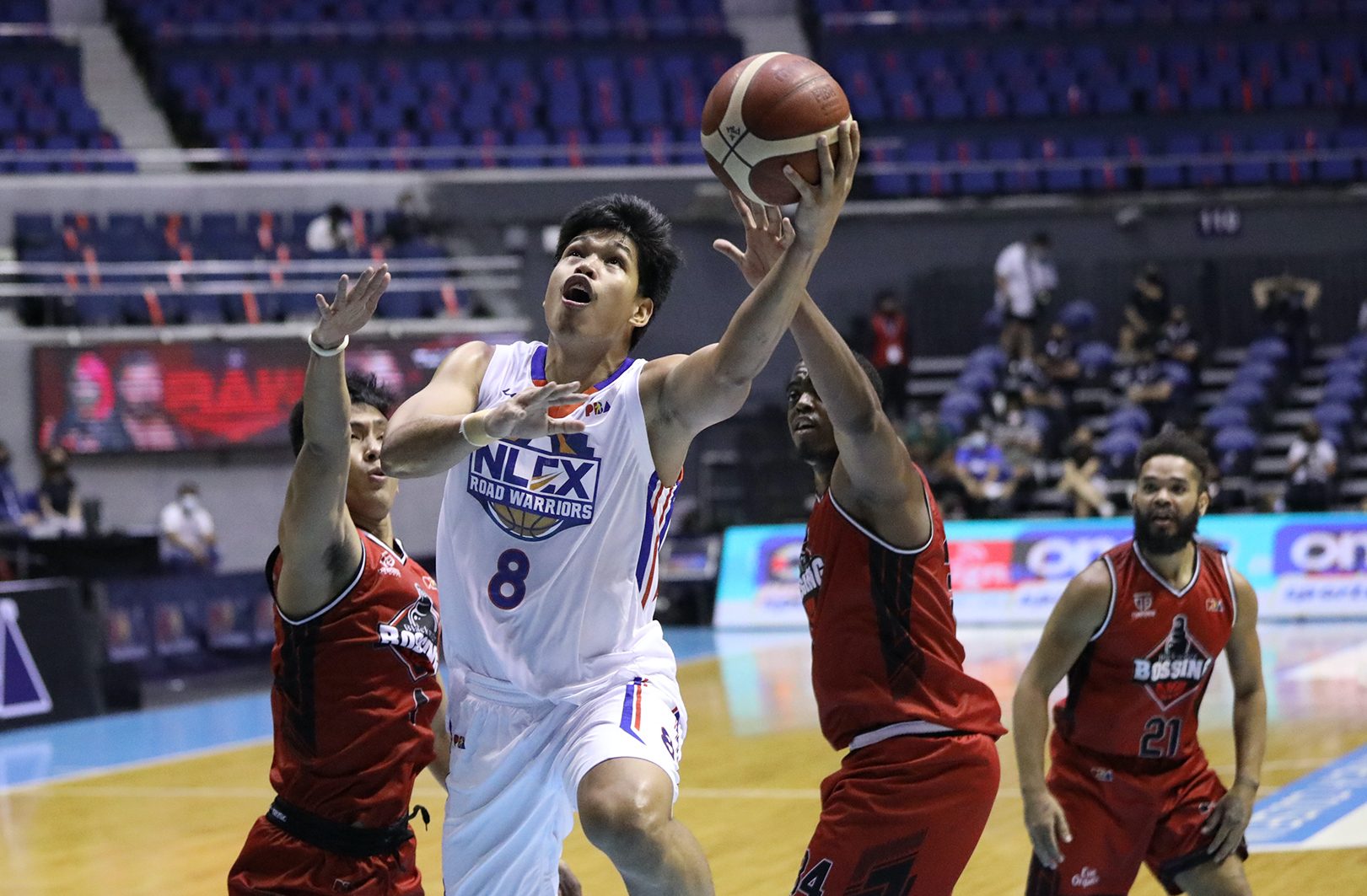 Facebook Twitter Copy URL
Copied
Coming off three straight losses, NLEX gets back on track with a 20-point mauling of hapless Blackwater

MANILA, Philippines – NLEX refused to be the team Blackwater halted its historic skid against after cruising to a 117-97 rout in the PBA Governors’ Cup at the Araneta Coliseum on Friday, February 18.

McDaniels, who churned out 24 points, 11 rebounds, 5 assists, and 4 blocks, conspired with Jericho Cruz for a combined 17 first-quarter points as NLEX raced to a comfortable 34-14 lead.

Blackwater failed to recover even with Shawn Glover doing the heavy lifting, with the American import seeing his 39-point, 15-rebound masterpiece go down the drain in another loss.

Scorching hot for 11 first-quarter points, Cruz finished with 22 points, 5 assists, and 3 steals in his finest game of the conference, while Kris Rosales matched his career-high with 18 points to go with 4 assists and 2 steals.

Kevin Alas came off the bench and produced 15 points, 6 rebounds, 4 assists, and 2 steals for the Road Warriors, who improved to 5-3.

Don Trollano added 11 points, 6 assists, and 4 rebounds in the win.

NLEX showed signs of vulnerability when it saw its advantage cut to 12 early in the final salvo, 94-82, but it eventually brought its lead back to 20 off a pair of Cruz free throws with 1:30 minutes left.

While the Road Warriors spread the wealth, the Bossing struggled to get ample contribution from their locals.

Rookie Rey Suerte and Mike Ayonayon were the only other Blackwater players in twin digits with 11 points apiece.

Now 0-7 in the conference, the Bossing are on the verge crashing out of playoff contention.