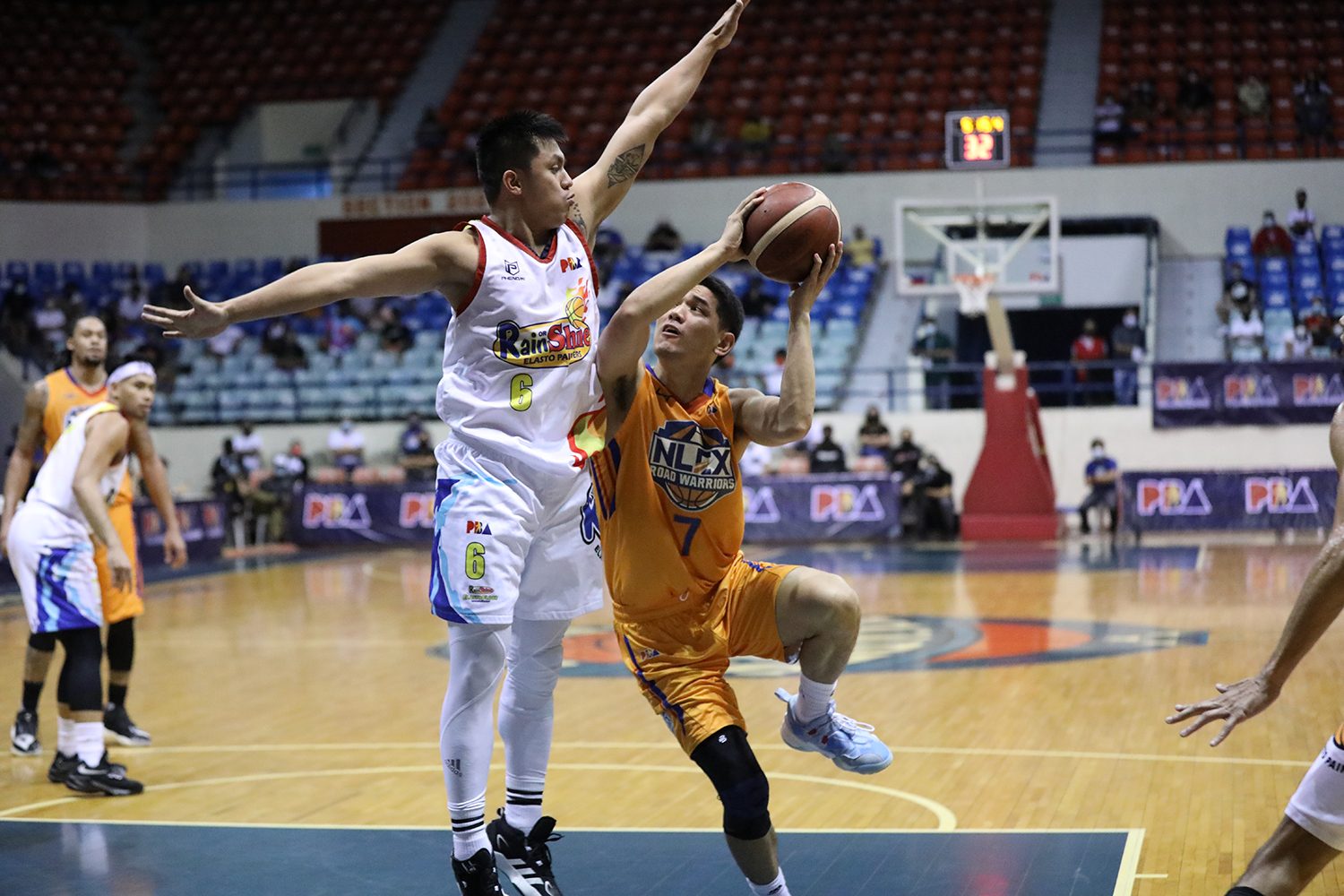 MANILA, Philippines – The NLEX Road Warriors extended their winning streak to three games after taking down the Rain or Shine Elasto Painters in overtime, 109-100, in the PBA Governors’ Cup at the Ynares Center in Antipolo City on Friday, February 25.

Import KJ McDaniels led the Road Warriors’ huge comeback from 22 points down as he exploded for a game-high 35 points, to go along with 12 rebounds, 3 assists, 3 blocks, and 2 steals.

Kevin Alas also delivered for NLEX, finishing with a near triple-double of 15 points, 10 rebounds, and 7 assists.

With the win, NLEX continued to move up the standings with a 7-3 record, while Rain or Shine dropped to 3-6.

Coming off stinging back to back losses, the Elasto Painters waxed hot early and led by as many as 22 points, 54-32, with 2:46 left to play in the second quarter.

However, Rain or Shine’s offense cooled down in the second half as NLEX managed to steal the lead early in the fourth quarter, 73-72, off an and-one play by Jericho Cruz.

It was a back-and-forth affair between both teams throughout the final frame and with the Elasto Painters leading by only 2 points, 94-92, with 47 seconds remaining, Rey Nambatac hit a booming three-pointer to push their lead to 5, 97-92.

JR Quinahan quickly countered with his own triple to slice Rain or Shine’s lead back to 2, 97-95, before McDaniels converted on a layup to tie the ball game at 97-all.

Nambatac then had the chance to ice the game for the Elasto Painters in the following possession, but missed on his potential game-winning floater as time expired.

In overtime, the Road Warriors quickly raced to a 105-97 lead, capped by a Quinahan hook shot with only 1:39 left on the clock, which ultimately put the Elasto Painters away for good.

Cruz, whose contract with NLEX is set to expire at the end of the month, contributed 13 points, while Quinahan also put up 13 markers.

On the other side, Rain or Shine import Henry Walker, who fouled out with 3 minutes left in overtime, finished with a double-double of 28 points and 13 rebounds, while Nambatac tallied 27 markers.

The Road Warriors will look to finish the elimination round on a high note when they go up against Barangay Ginebra on Friday, March 4, at 6 pm.

The Elasto Painters, meanwhile, will try to snap their three-game losing skid when they face the San Miguel Beermen on Thursday, March 3, also at 6 pm.