Artis erupts for 42 as NorthPort completes upset over Magnolia 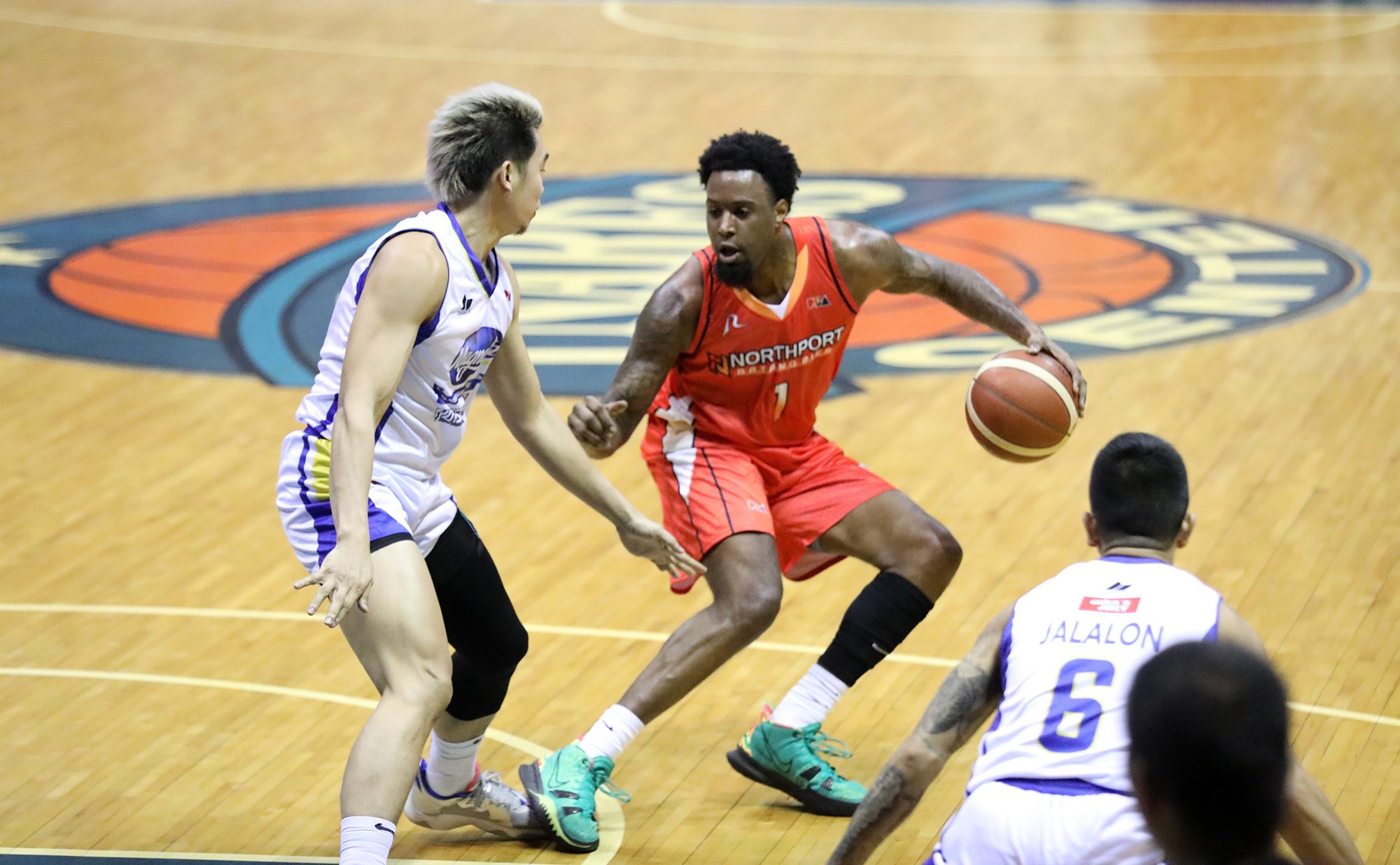 MANILA, Philippines – The NorthPort Batang Pier completed another upset in the PBA Governors’ Cup as they escaped the league-leading Magnolia Hotshots, 103-101, at the Ynares Center in Antipolo City on Thursday, February 24.

After handing the Meralco Bolts their first loss exactly a week ago, the Batang Pier, who are playing minus Robert Bolick, once again took down an erstwhile unbeaten team in the Hotshots to secure their second straight win and improve to 2-5 in the standings.

NorthPort import Jamel Artis rose to the occasion anew, finishing with a sensational all-around outing of 42 points on 14-of-21 shooting, 9 rebounds, 8 assists, and 3 steals., while Jamie Malonzo also filled up the stat sheet with 19 points, 5 rebounds, 3 assists, 2 steals, and 2 blocks in the victory.

Already trailing by double figures, 7-17, halfway through the first period, NorthPort’s offense suddenly came alive and unleashed a furious 26-4 rally to lead by 12 at the end of the quarter, 33-21.

However, the Batang Pier, whose lead even rose to as many as 19 points in the third quarter, 71-52, failed to take care of their double-digit advantage, as the Hotshots managed to steal the lead with 4:37 remaining in the game, 88-86, off two free throws by Mark Barroca.

It was a nip-and-tuck battle between both squads in the following minutes of the game and with the score knotted at 99-all with less than a minute left to play, Artis converted on a tough jumper over the outstretched arms of Rafi Reavis to give NorthPort back the lead, 101-99.

A free throw by Malonzo in the next NorthPorth possession extended the Batang Pier’s advantage to 3 points, 102-99, but Magnolia import Mike Harris cut the lead back to just a single point, 102-101, with 10 seconds left on the clock.

Artis then went 1-of-2 from the charity stripe in the following play to once again push NorthPort’s lead to 2, 103-101, before Paul Lee, who was ice-cold the whole game from three-point land, missed on a potential game-winning triple at the buzzer.

Arwind Santos and Roi Sumang also stepped up big with 14 and 10 points, respectively, as NorthPort’s high-scoring guard Bolick is currently with Gilas Pilipinas for the second window of the 2023 FIBA World Cup Asia Qualifiers.

Harris came up with a double-double of 34 points and 12 rebounds, while Barroca and Lee added 16 and 14 points, respectively, for the Hotshots, who moved down to 6-1 – tied with the Bolts at the top of the standings.

The Batang Pier will look to keep their momentum going when they face the Phoenix Fuel Masters on Saturday, February 26, at 6:30 pm, while the Hotshots aim to rediscover their winning ways when they clash with the San Miguel Beermen on Sunday, February 27, also at 6:30 pm.