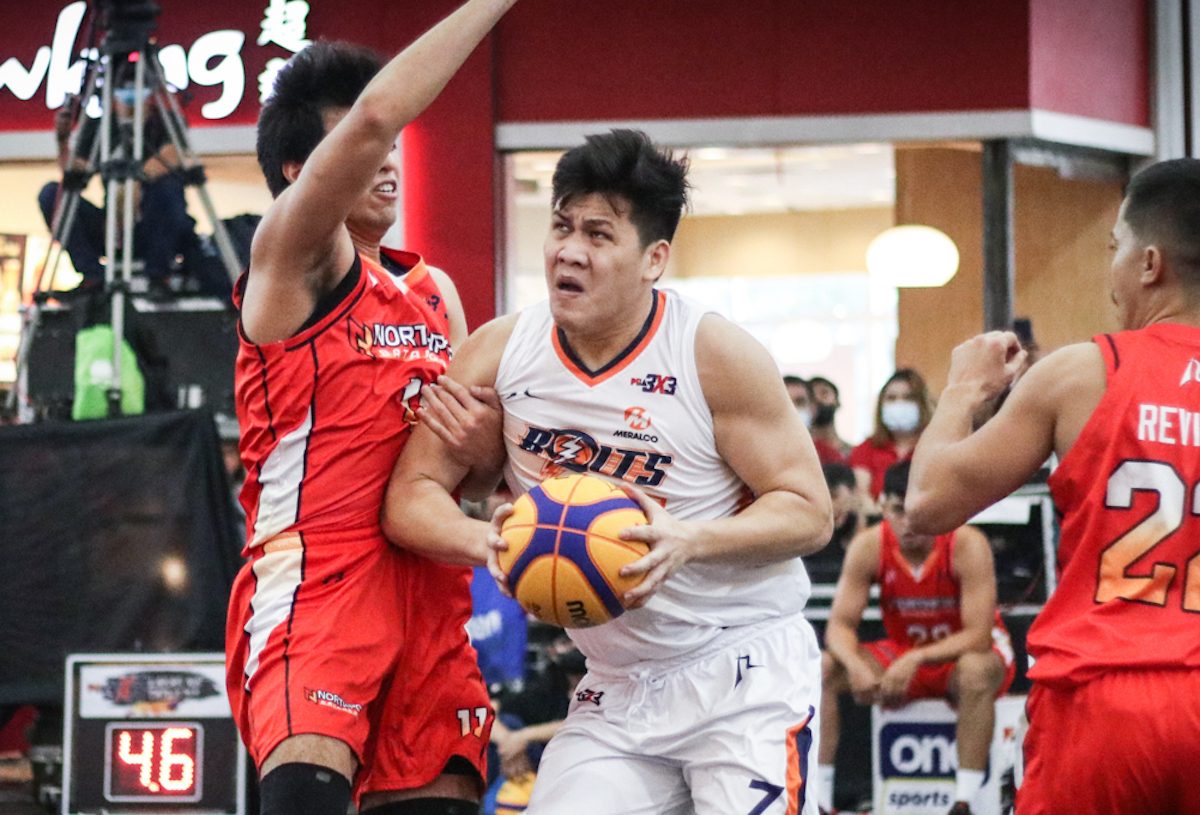 MAIN MAN. Alfred Batino shows the way as Meralco gets off a strong start in Leg 4 of the PBA 3x3 First Conference.

MANILA, Philippines – Meralco bolstered its bid for back-to-back PBA 3×3 leg titles after securing a quarterfinal berth in Leg 4 of the First Conference at the Robinsons Place Malabon on Saturday, October 8.

The Leg 3 champions, the Bolts dominated Pool A by sweeping Barangay Ginebra and NorthPort as J&T Express, Platinum Karaoke, and San Miguel also earned their places in the knockout round by topping their groups.

Alfred Batino averaged 8 points and 4.5 rebounds for Meralco in its 18-13 win over the Gin Kings and 18-17 escape against the Batang Pier.

NorthPort secured the last quarterfinal spot in Pool A after hacking out a 15-14 victory over Ginebra, which wrapped up the group stage with a 0-2 record.

J&T Express also went unbeaten in Pool B following a 21-18 win over Pioneer ElastoSeal Katibay and a 21-17 triumph over Blackwater.

Beaten by the Bolts for the Leg 3 crown, the Express look to get the job done this time as they eye their maiden PBA 3×3 title.

The Katibay, the Braves, and the Tropang Giga caught the quarterfinal bus with identical 1-1 cards.

Just like the Gin Kings, the Bossing, the TJ Titans, and Terrafirma got the boot in the tournament that dangles P100,000 for the champion, P50,000 for the runner-up, and P30,000 for the third-placer.

Leg 4 action resumes and concludes on Sunday at the same venue. – Rappler.com