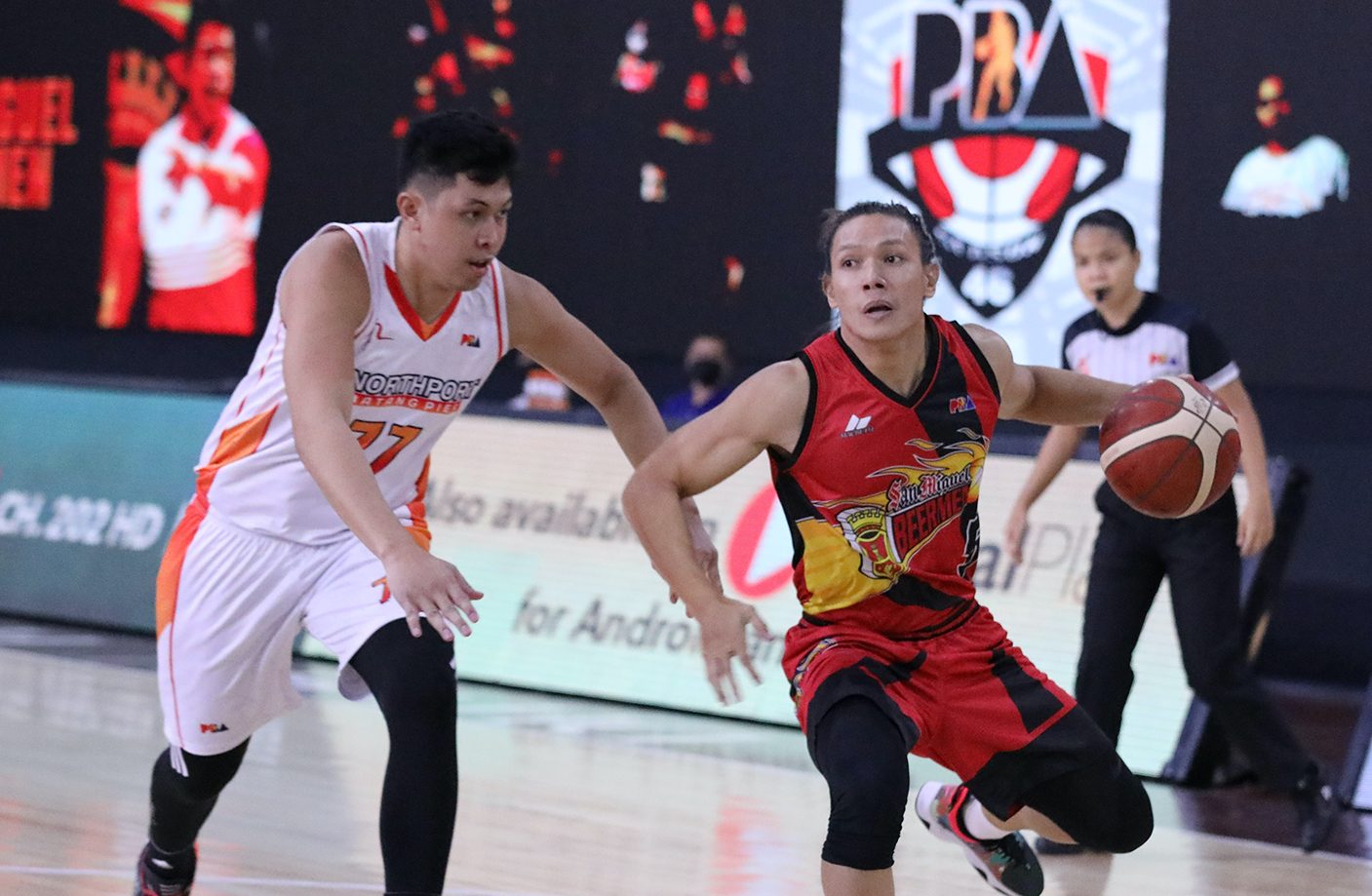 ONE MORE. Alex Cabagnot and San Miguel are a win away from the semifinals.

Alex Cabagnot returned with aplomb and lifted San Miguel to an 88-87 escape over NorthPort in Game 1 of their PBA Philippine Cup quarterfinals at the DHVSU Gym in Bacolor, Pampanga on Sunday, September 26.

Sidelined for almost the entire conference due to a knee injury, Cabagnot came up clutch and hit the game-winner as the Beermen moved a win away from the semifinals.

Cabagnot, who marked his first game back with 20 points and 3 rebounds, hit a fallaway jumper with a second left, putting to waste a gutsy triple from Robert Bolick in the preceding play that pushed the Batang Pier ahead.

Going 0-of-4 from beyond the arc, Bolick stunned San Miguel after drilling in a long bomb from near halfcourt with 4.5 ticks remaining to give NorthPort an 87-86 edge.

But benched for the final play, Bolick turned from elated to heartbroken as he witnessed Cabagnot sink the game-winning shot.

Mo Tautuaa chalked up 15 points, CJ Perez added 14 points and 6 rebounds, while June Mar Fajardo chimed in 10 points and 11 rebounds in the win.

The Beermen sapped strength from Chris Ross, who churned out 12 points, 7 rebounds, 3 assists, and 2 steals, including the inbounds pass that set up Cabagnot for his heroics.

It was also Cabagnot who helped San Miguel create separation against the Batang Pier as he scored 9 points in the third period – a quarter which saw them lead by as many as 13 points. (READ: Gutsy Cabagnot thankful for trust despite lack of practice post-injury)

NorthPort, though, did not cave in and almost stole the win on the back of 6 points from Bolick in the final minute, including his three-pointer from near the DHVSU logo.

Sean Anthony paced the Batang Pier with 16 points, 8 rebounds, and 4 assists, but suffered an abrupt exit after hurting his foot in the middle of the fourth quarter.

Greg Slaughter put up a double-double of 15 points and 10 rebounds in the loss, Bolick had 13 points and 7 assists, while rookie Jamie Malonzo contributed 13 points and 9 rebounds.