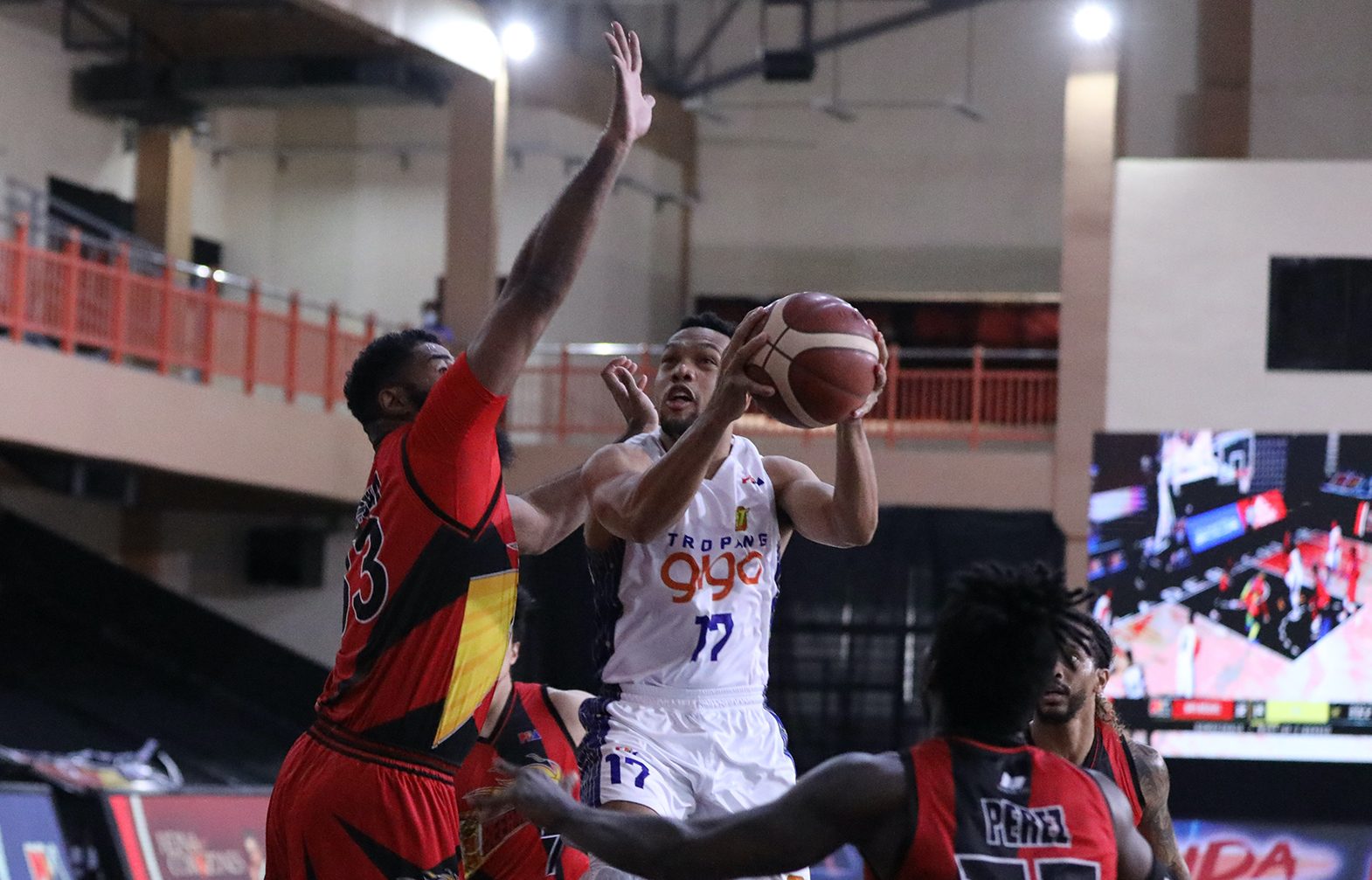 TNT averted a massive meltdown and hacked out an 89-88 squeaker over San Miguel in Game 1 of their PBA Philippine Cup semifinals at the DHVSU Gym in Bacolor, Pampanga on Sunday, October 3.

Roger Pogoy chalked up a conference-high 23 points, none bigger than a clutch basket in the last two minutes that gave the Tropang Giga enough cushion after nearly squandering a twin-digit lead in the fourth quarter.

Pogoy pushed their lead to 89-84 with 1:30 minutes as he challenged Chris Ross for an and-one opportunity before the Beermen shaved their deficit to a whisker off back-to-back CJ Perez short stabs.

San Miguel had a crack at stealing the game after Pogoy missed a triple, but Marcio Lassiter missed the potential game-winning layup as time expired.

Jayson Castro churned out 16 points, 6 rebounds, 6 assists, and 2 steals in the win, conspiring with Pogoy in a huge third quarter that saw TNT build a 71-60 advantage going into the final period.

That lead grew to as many as 12 points before the Beermen fought back.

Poy Erram delivered 15 points and 5 rebounds, Troy Rosario had 14 points and 4 rebounds, while rookie Mikey Williams stuffed the stats sheet for the Tropang Giga with 7 points, 8 rebounds, and 6 assists.

Perez continued to impress in his first playoff campaign with 23 points, 5 rebounds, and 2 blocks, but the Beermen just could not replicate their elimination-round win over the Tropang Giga.

San Miguel is the only team to beat TNT, which has won 12 of its 13 games this conference.

Fajardo had 13 points and 11 rebounds, while Arwind Santos put up 12 points and 9 rebounds in the loss.