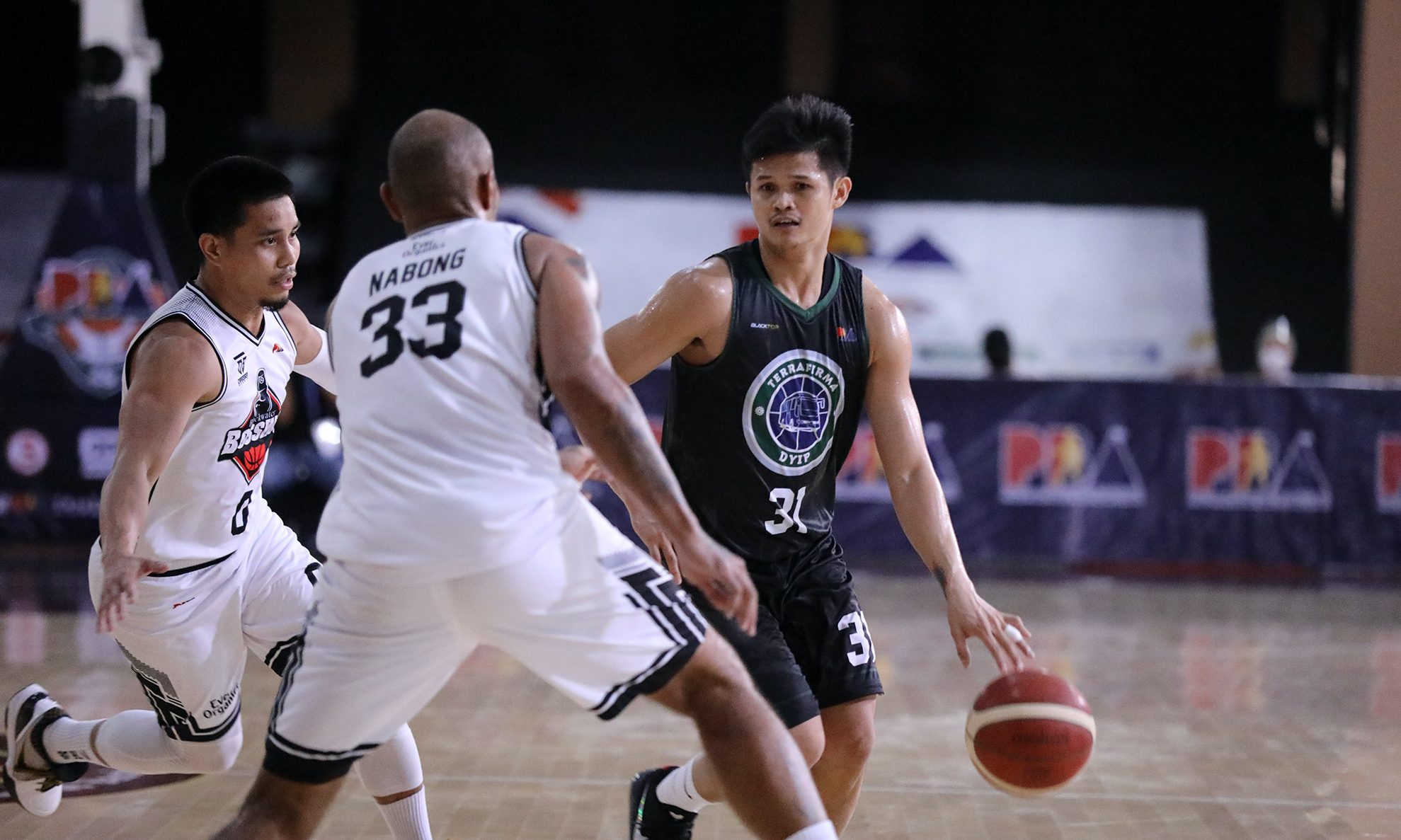 ON A ROLL. Reden Celda stuffs the stats sheet as Terrafirma rides on a winning streak.

The Terrafirma Dyip stretched their winning streak to three games after taking down the Blackwater Bossing, 96-84, in the 2021 PBA Philippine Cup at the DHVSU Gym in Bacolor, Pampanga on Sunday, September 5.

Five players finished in double figures for the Dyip, with Aldrech Ramos leading the way with 17 points and 9 rebounds as they remained unbeaten in the league’s restart in Pampanga, and improved to 3-4 in the standings.

Coming off huge back-to-back victories against San Miguel and Ginebra, Terrafirma started slow and trailed by as many as 13 points, 40-27, with four minutes left in the first half.

However, the Dyip managed to climb back and trim the deficit back to just 4 points, 43-39, at halftime.

It was a see-saw battle between both squads in the third period, but it was the Dyip that pulled away as they went on a furious 19-5 run in the opening minutes of the final frame to lead by 14 points, 84-70, off an Eric Camson basket.

The red-hot Dyip pulled off its biggest lead at 18 points, 91-73, off a Juami Tiongson layup with three minutes left to play, ultimately sealing the win.

Reden Celda added 15 points, 6 rebounds, and 4 assists, while Andreas Cahilig tallied a double-double of 12 points and 11 rebounds for the Dyip.

Tiongson, who averaged 29.5 points in their previous two outings, had 10 points, 3 rebounds, and 3 assists, while Rashawn Mccarthy also contributed 10 markers in the victory.

Mike Tolomia finished with 14 points, while Simon Enciso put up 13 points for the struggling Elite, who remained winless in seven games.