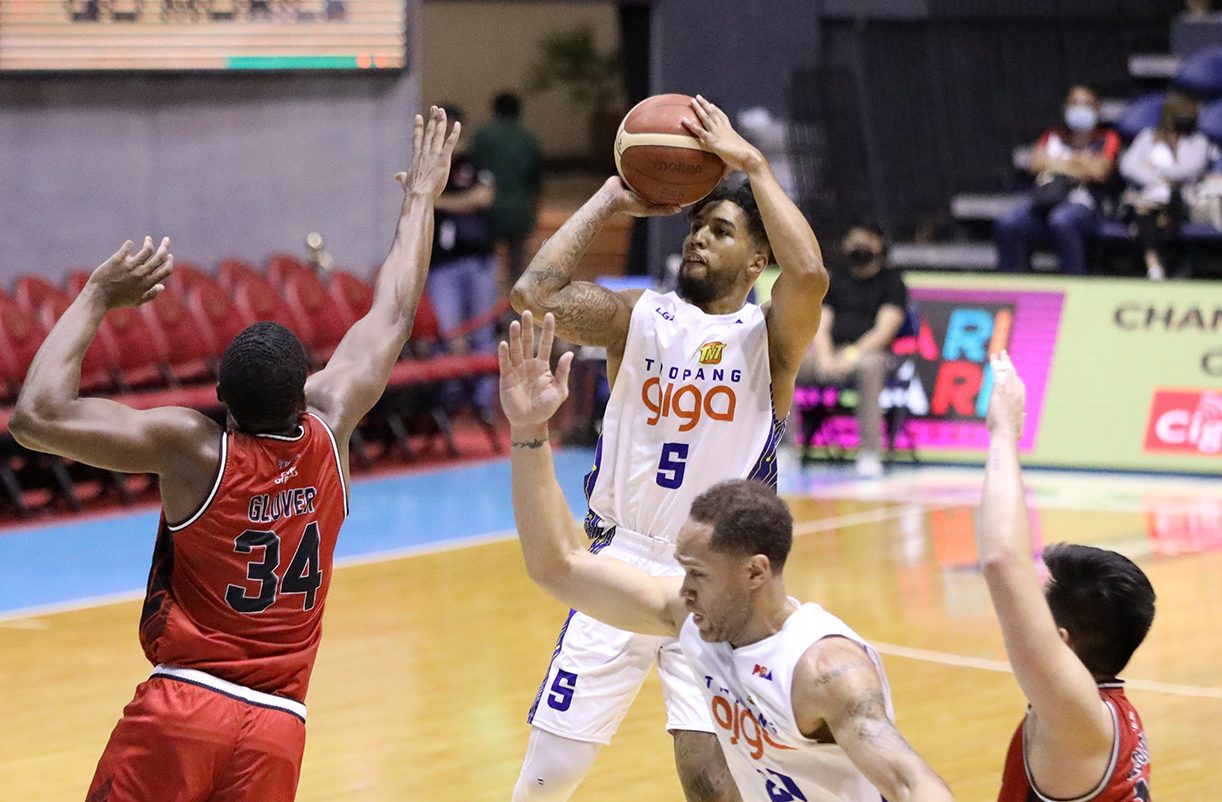 WIN RUN. Mikey Williams shows the way for TNT as it earns its third straight win.

MANILA, Philippines – TNT resumed its PBA Governors’ Cup campaign with vigor after breezing past hapless Blackwater in a 106-93 win at the Araneta Coliseum on Friday, March 4.

With several of their players returning from Gilas Pilipinas duty, the Tropang Giga – led by Mikey Williams – dealt the also-ran Bossing a record-extending 29th straight defeat.

Williams set the tone with 11 first-half points and knocked down some key buckets in the fourth quarter to finish with 23 points, 6 rebounds, and 4 steals for TNT, which extended its winning streak to three games.

The Tropang Giga raised their record to 5-4 and unseated Barangay Ginebra for sixth place.

Import Aaron Fuller dominated inside for TNT with 16 points and 22 rebounds, while Roger Pogoy achurned out 16 points and 6 rebounds in his first game back after missing their last four matches with a calf injury.

Bossing reinforcement Shawn pulled his side within 11 points with under six minutes remaining, 85-96, but Williams hit two buckets in a 7-3 blitz as the Tropang Giga secured the win.

Ryan Reyes also put up 16 points on a perfect 5-of-5 shooting for TNT to go with 4 assists and 3 rebounds off the bench and Troy Rosario added 8 points.

Glover flirted with a triple-double after scattering 26 points, 15 rebounds, 9 assists, and 2 steals, although his stellar outing was not enough to salvage a hard-luck Blackwater squad that fell to 0-10 in the conference.

JVee Casio contributed 21 points in the loss, while rookie Rey Suerte had 14 points off the bench.