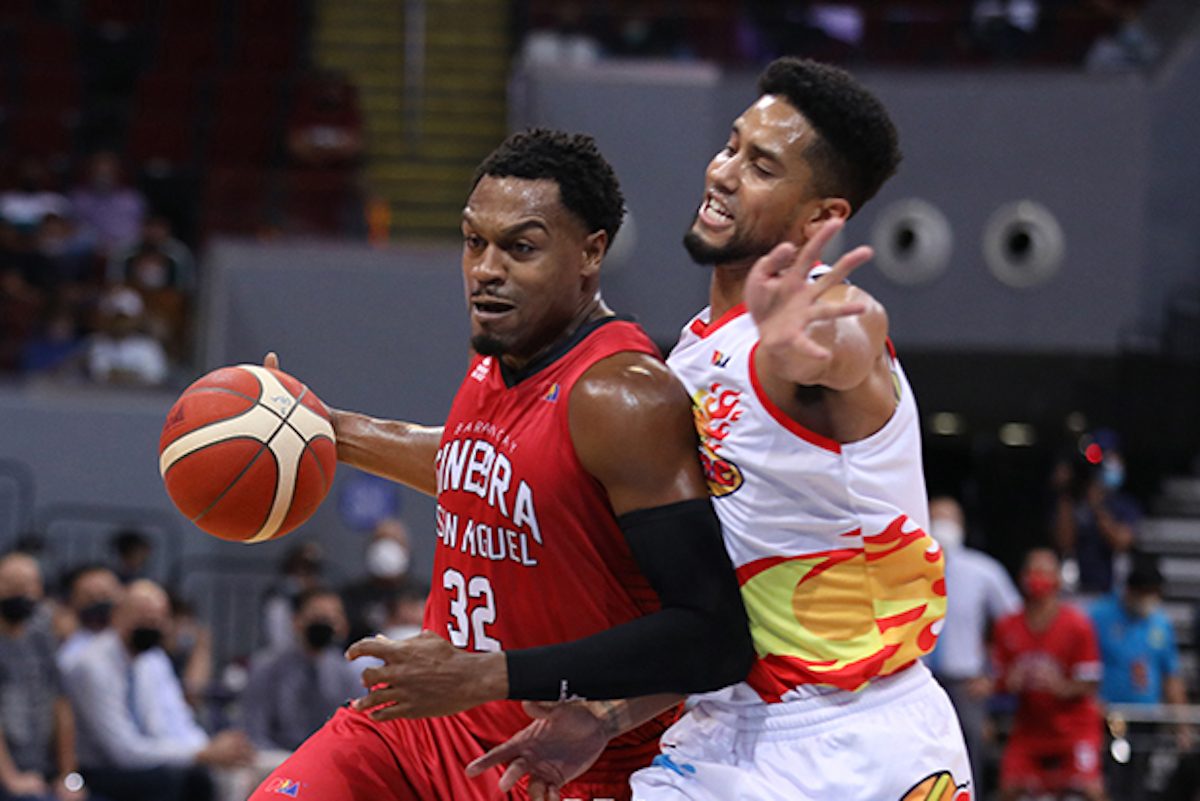 LOVE FOR PH. Justin Brownlee says he would be honored to represent Gilas Pilipinas as a naturalized player.

Facebook Twitter Copy URL
Copied
Barangay Ginebra gets a delayed start on its PBA Governors' Cup title defense after going the distance to win the Commissioner's Cup against Bay Area, which now leaves for the EASL

MANILA, Philippines – The PBA rolls on with its Season 47-ending Governors’ Cup starting this Sunday, January 22, at the PhilSports Arena, as announced on Tuesday, January 17.

Conference runner-up Meralco tips off the new tournament against Rain or Shine at 4:30 pm, while Converge and NorthPort – the subjects of multiple recent trades – parade their new-look squads at 6:45 pm.

Also the reigning Governors’ Cup titlists, the Gin Kings will debut on the conference’s 11th game day on Sunday, February 5, against Rain or Shine at the Araneta Coliseum.

While Bay Area is still in the Philippines, it is moving on for now from its historic PBA stint to focus on the upcoming East Asia Super League tournament.

Other notable games on the schedule include a Friday, February 3, 6:45 pm blockbuster at Ynares Antipolo between TNT and Magnolia, while San Miguel and Magnolia banner the February 5 double-header at 4:30 pm.

To make up for their two-week break, the Gin Kings will quickly return on Sunday, February 12, still at the MOA Arena for a 6:45 pm Manila Clasico battle with Magnolia.

On Friday, February 17, the PBA will roll out a sister team derby as TNT faces Meralco at 3 pm, while Ginebra and San Miguel clash at 5:45 pm. The Beermen will then take on the Tropang Giga for another blockbuster pairing on Sunday, February 19, 6:45 pm at PhilSports.

Ginebra and Meralco will then square up for a Governors’ Cup finals rematch on Wednesday, March 1, 5:45 pm, at Araneta. The elimination round ends on Friday, March 17, 5:45 pm with a TNT-Ginebra showdown at PhilSports.

Check out the full schedule here: