Bad back and all, Sangalang carries Magnolia to 5th straight win 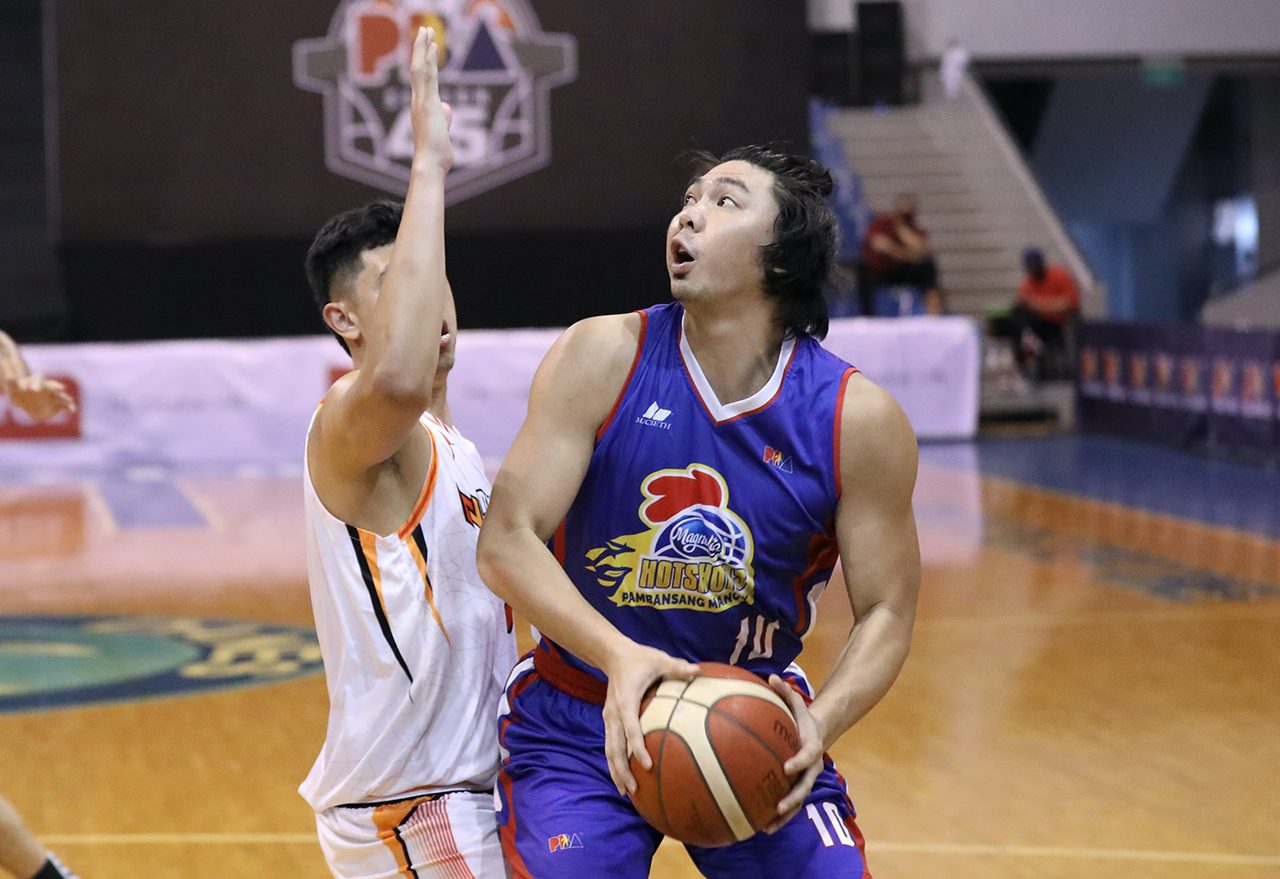 After a concerning 1-4 start in the 2020 PBA Philippine Cup, the Magnolia Hotshots are now in the thick of the playoff race following an 83-76 escape act against the also-ran NorthPort Batang Pier on Sunday, November 8.

Following a string of scoring explosions from star guard Paul Lee, it was big man Ian Sangalang who did the heavy lifting this time around, with a 23-point, 9-rebound outing off the bench in the Hotshots’ fifth straight win.

Not even a bad back can stop one of Pampanga’s best from helping his team get a favorable spot in the neck-and-neck seeding war before the quarterfinals begin.

(I wasn’t thinking of the pain today. What’s important is that I get to help the team and give them my best every game. I’m thankful for the PTs who support me. Credit goes to them.)

Ever since the PBA bubble started, the Hotshots have been extra careful in fielding their prized center for extended periods of time, as back issues have been plaguing him from the get-go.

Because of this, head coach Chito Victolero is grateful that Sangalang is consistently performing at a high level despite the back pains and limited time. Prior to this game, he averaged 13.4 points and 8.0 rebounds in under 30 minutes per game.

(There are times when we feel we need to take Ian out for treatment, but he keeps refusing, saying ‘Coach, no need.’ I’m very happy and proud of Ian because he has a lot of heart. His back is in pain, but he still wants to play to help the team, and the team really thanks him for that.)

Certainly, Magnolia needed every one of Sangalang’s points in the close win after Lee was held to just 14 points on 4/13 shooting and 1/7 from three.

Instead of being nailed to 8th place had they lost, the Hotshots are now in a three-way tie with Meralco and Alaska for the 4th seed.

Moving on to their next game against the Blackwater Elite, another eliminated squad, Victolero is just thankful that they are where they are right now, regardless of whether or not they still have a shot for a twice-to-beat playoff advantage.

(We’re not thinking about that, because I keep telling my players, we can only control our game on Wednesday. No matter what happens with the other teams, that’s no longer within our control.) – Rappler.com