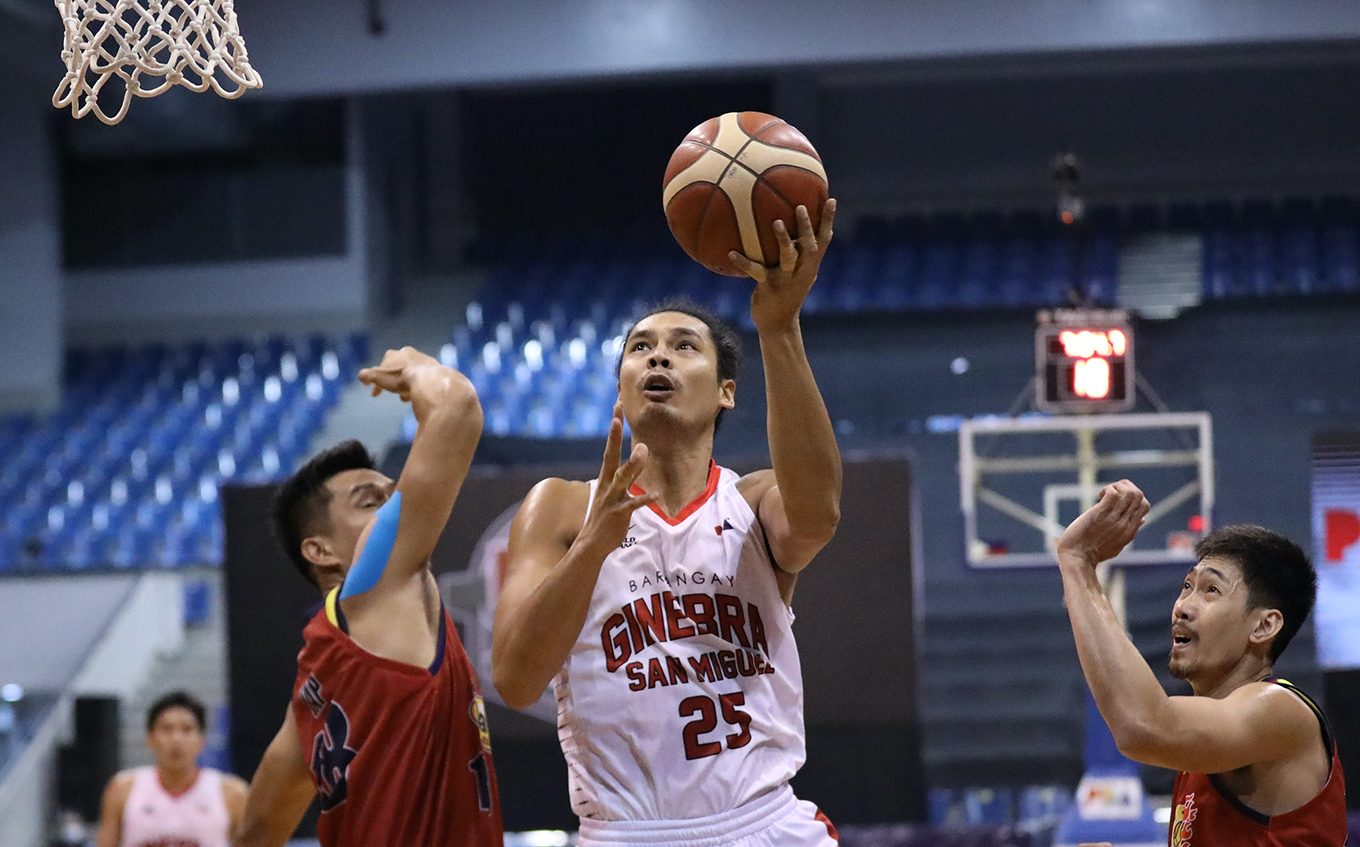 Facebook Twitter Copy URL
Copied
After struggling at the start of the PBA Philippine Cup, Japeth Aguilar propels Barangay Ginebra to the semifinals

The health and fitness of Japeth Aguilar had been causes for concern for Barangay Ginebra as he entered the PBA bubble late due to an old injury.

Aguilar showed the way for Ginebra with 23 points on an impressive 11-of-15 shooting and 11 rebounds, frolicking inside the paint against the smaller Rain or Shine frontline.

“He was just doing stuff he can do in his garage, the apartment garage. He could not do much there. It was really a struggle for him in the beginning.”

Aguilar showed signs of rust in his first game in the bubble, putting up just 7 points and pulling down only 3 rebounds in 20 minutes of play.

But the wiry forward eventually found his groove and emerged as the second-best scorer for top seed Ginebra in the elimination round with an average of 14.3 points on top of 6.8 rebounds and 1.5 blocks.

“He has worked really hard, doing extra running. If you watch him in the gym, he is always on the treadmill trying to rebuild his cardio,” Cone said as he managed the minutes of Aguilar throughout the elimination round.

“We really needed Japeth to show up tonight and he did a tremendous job.”

The win not only propelled Aguilar and Ginebra to the next round but also afforded them an extra couple days of rest as their potential semifinals foes Meralco and San Miguel battle in a rubber match.

“[H]aving this extra day of rest while one of those teams play is a big bonus because now you go into a five-game series … and it basically becomes who can stay fresh in that five-game series is going to win,” Cone said. – Rappler.com