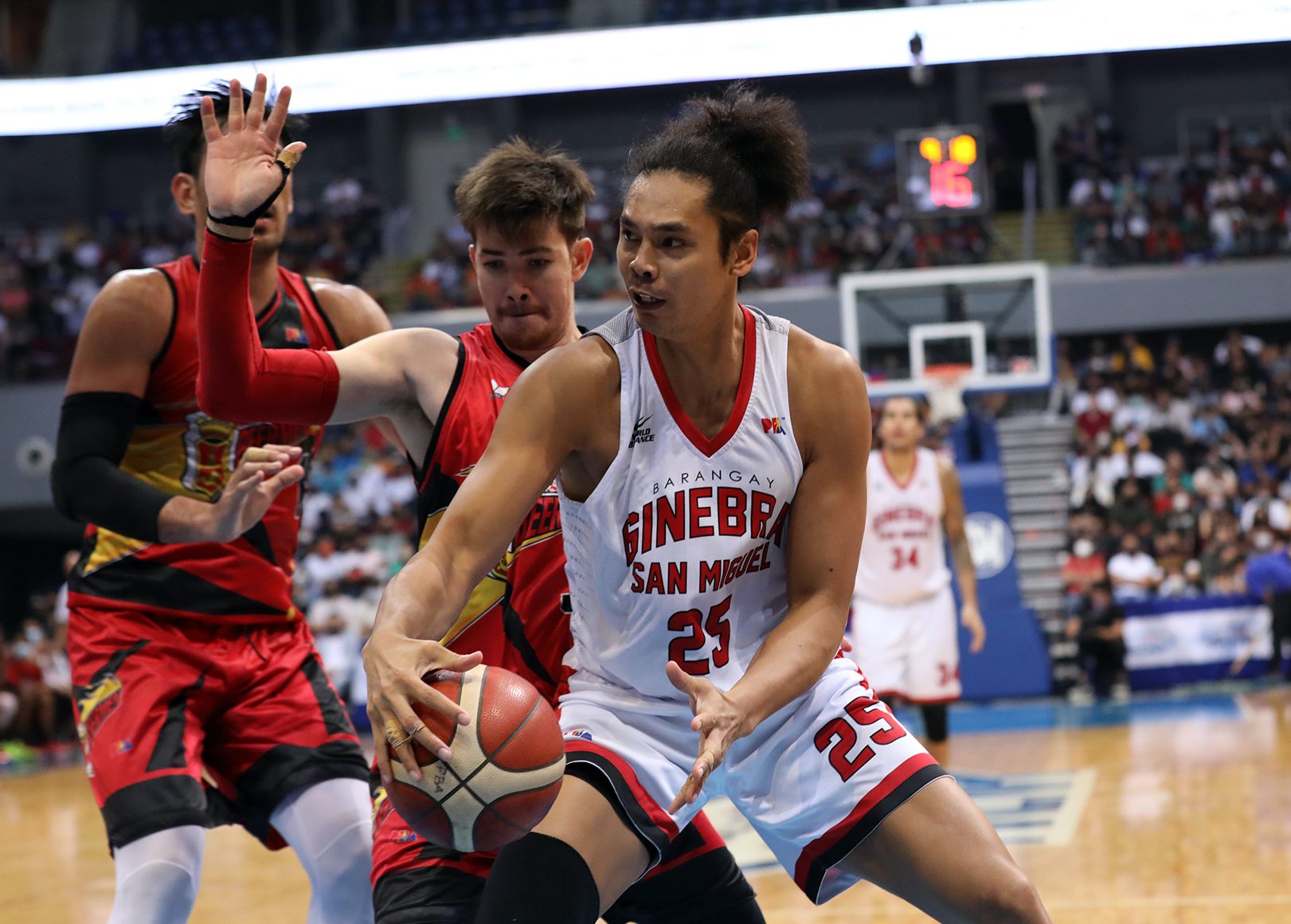 TOP TEAM. Japeth Aguilar and Barangay Ginebra are off to a sterling start in the PBA Philippine Cup.

MANILA, Philippines – When Japeth Aguilar is playing at a high level, Barangay Ginebra is tough to beat.

Aguilar earned the PBA Press Corps Player of the Week citation for the period of June 22 to 26 after helping the Gin Kings end the past week with a 4-1 card for a share of the top spot in the Philippine Cup.

Now fully recovered from a calf injury, Aguilar averaged 17.5 points, 10.5 rebounds, and 2.5 blocks for Ginebra in victories over NLEX and San Miguel as he sustained his fine play this conference.

The high-flying forward posted 20 points on 9-of-13 shooting to go with 7 rebounds and 3 blocks to lead the way in an 83-75 comeback win over the Road Warriors that saw his side storm back from 19 points down.

Aguilar then put 15 points, 14 boards, and 2 blocks as the Gin Kings dealt the stacked Beermen their first loss of the conference by way of a 75-72 squeaker.

Ginebra and San Miguel are currently tied for the lead in the standings.

The twin victories by the Gin Kings also gave coach Tim Cone a fitting send-off as he will miss their next four games to join the Miami Heat staff in the NBA Summer League.

Other players who were nominated for the weekly plum were Scottie Thompson and Christian Standhardinger of Ginebra and Mikey Williams, Roger Pogoy, and Poy Erram of TNT.

Mark Barroca, Aris Dionisio, and Jio Jalalon of Magnolia and Ato Ular, Yousef Taha, and JVee Casio of Blackwater round out the nominees. – Rappler.com