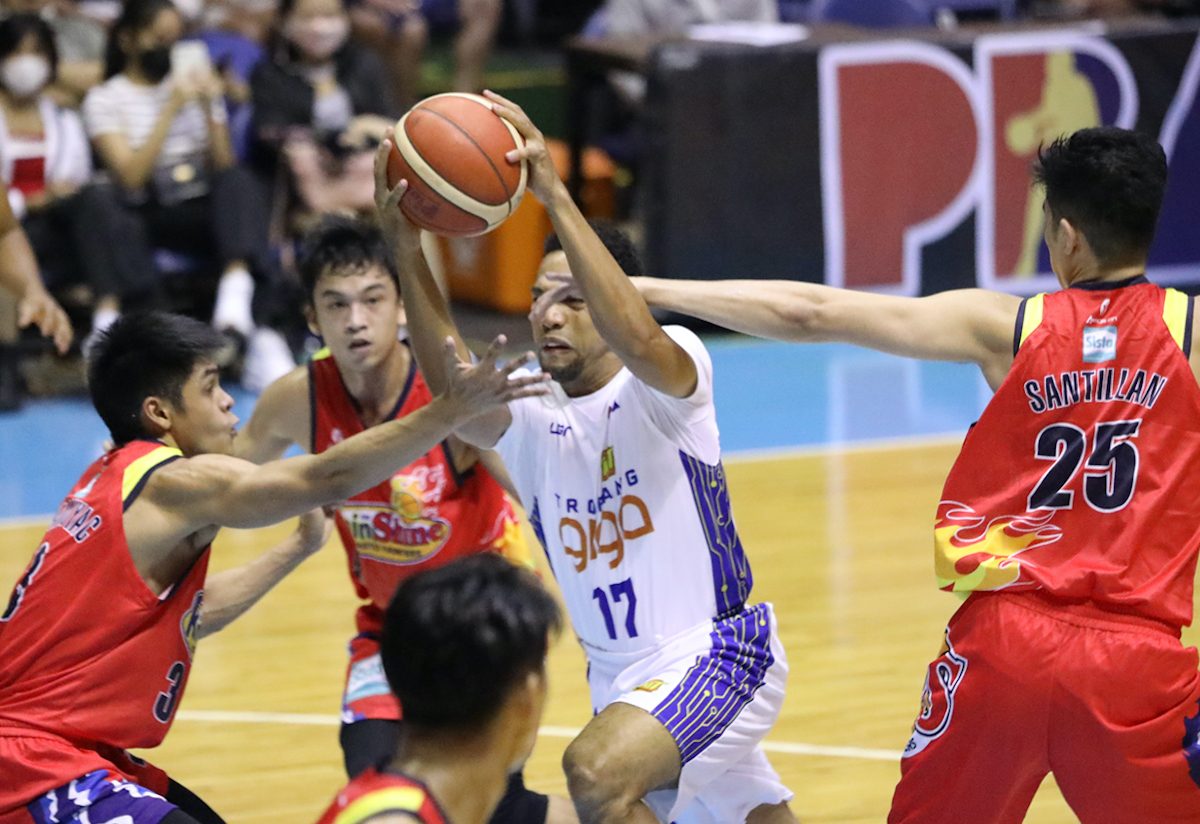 STEADY PRESENCE. Jayson Castro takes on the role of a stabilizer in his first game back for TNT.

Castro proved his invaluable presence and took on the role of a stabilizer as the Tropang Giga breezed past Rain or Shine in a 110-91 beatdown on Saturday, October 15, in his first game in the PBA Commissioner’s Cup.

Fresh from signing a deal that will extend his TNT tenure for two more years until 2025, the 36-year-old guard finished with 10 points, 6 assists, 4 rebounds, 1 steal, and 1 block in just 14 minutes of play.

The Elasto Painters were breathing down the neck of the Tropang Giga at halftime before Castro came up with key buckets and assists in the third quarter en route to the 19-point rout.

“I’m thankful and blessed because the [management] still trusts me,” said Castro, who has been with the squad since the flagship franchise of the MVP Group drafted him as the third overall pick in 2008.

“At the same time, I won’t let their trust in me go to waste. I’ll do everything to win another championship and I’ll be an example for our players.”

TNT coach Chot Reyes still remembers the time when the team decided to let go of star forward Jay Washington in order to acquire the No. 3 pick in 2008, which the Tropang Giga used to draft Castro.

Fourteen years since, Reyes said TNT made the right decision.

“I drafted him, watched him sign his first contract, and I don’t know if I just saw him sign his last contract. But by 2025, that would have been his 17th year, it really fits his jersey number – 17 for No. 17,” Reyes said.

“But more than anything, having players like Jayson has just made me a better coach because he’s just an absolute joy to coach. Never had any problems, attitude-wise. He’s always there, always showing up, always gives his best.”

Although past his peak, Castro still showed he has plenty of gas left in the tank as he delivered a herculean performance in Game 7 of their Philippine Cup finals loss to San Miguel despite enduring an ankle injury.

In that match, Castro put the Tropang Giga on his back with 32 points, 10 rebounds, and 8 assists.

As Castro continues to be model of consistency, Reyes said TNT wanted to express its appreciation to its longest tenured player by extending his contract.

“You saw how good he is in the games on the court, but you don’t see how special he is really off the court, in practice. That’s where you really separate the greats from the rest,” Reyes said. – Rappler.com