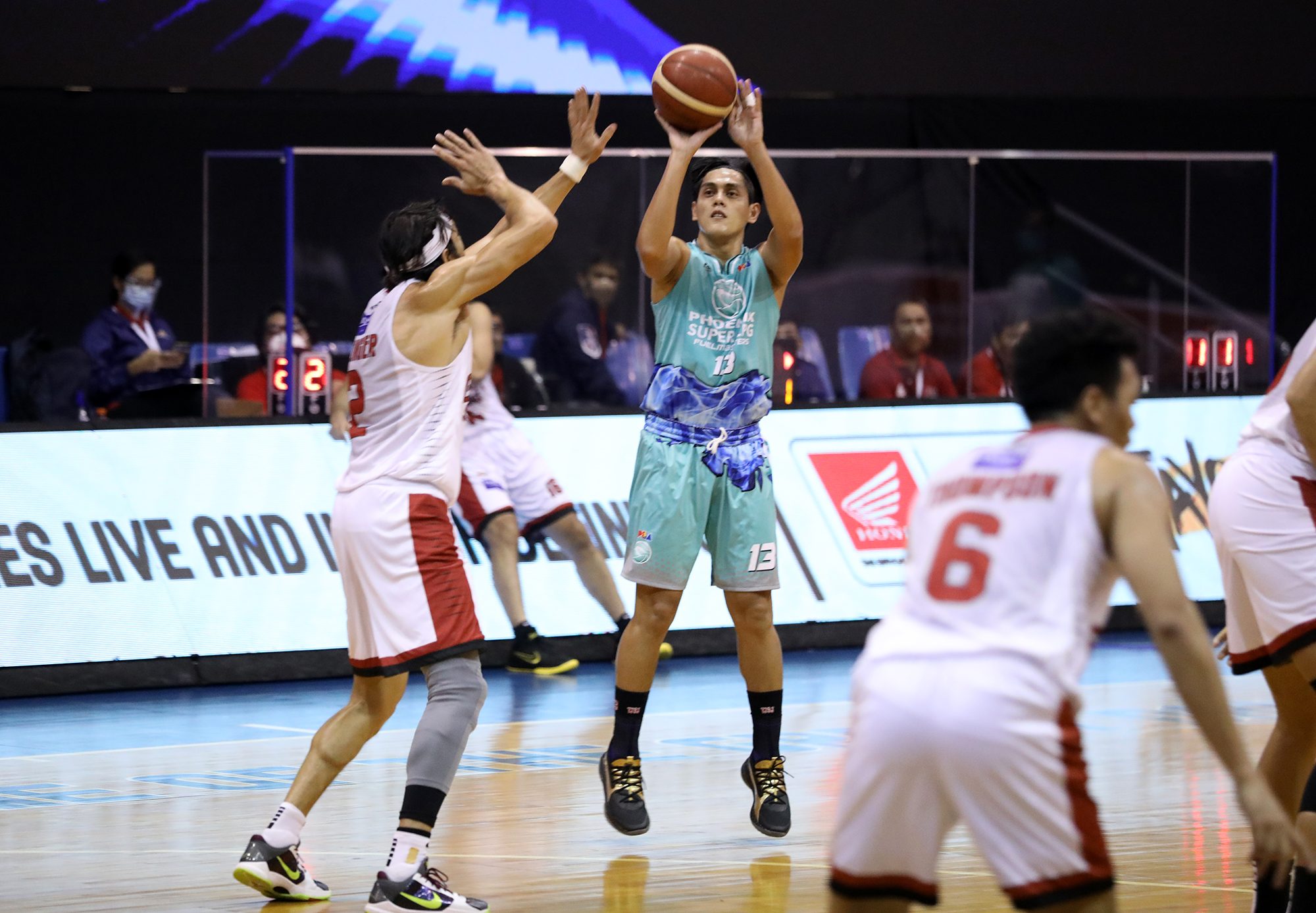 Facebook Twitter Copy URL
Copied
'You have to make him feel that you believe in him,' says Phoenix head coach Topex Robinson

Always be ready when your number is called.

Those words are always etched in the minds of every basketball player, especially the ones who have to work for their minutes every game.

Rookie head coach Topex Robinson, however, was hardly surprised with what his role player did in Phoenix’s playoff-clinching 110-103 win.

“You just have to trust him. You have to make him feel that you believe in him,” he said. “He’s been working on those shots, and the good thing with me and RJ, we’ve gone way back since Alaska. He knows that I trust him with all my heart.”

Prior to this night’s barrage from downtown, Jazul was only the team’s fifth-leading scorer with an average of 7.9 points per game in around 24 minutes a night.

But as Wright and Abueva were held to a combined 17 points in the game, Robinson was relieved that he got the absolute best that Jazul had to offer up to this point in his 10-year career.

“He struggles a lot, but I told him, if you’re open, just keep shooting that shot, and you’re gonna make it eventually,” he said. “After so many years, he finally hit these many threes.”

The soft-spoken Jazul, however, downplayed his scoring explosion and deflected credit to Robinson and his teammates.

“It’s just the usual, with coach’s system and game plan,” he said. “If someone’s open, shoot it. That’s just how we are.”

Now with the playoff spot secured, Robinson looks for more of the same from role players like Jazul as they aim higher for a possible twice-to-beat advantage down the line. – Rappler.com