Jericho Cruz hints at NLEX exit: ‘Thanks for a great run’ 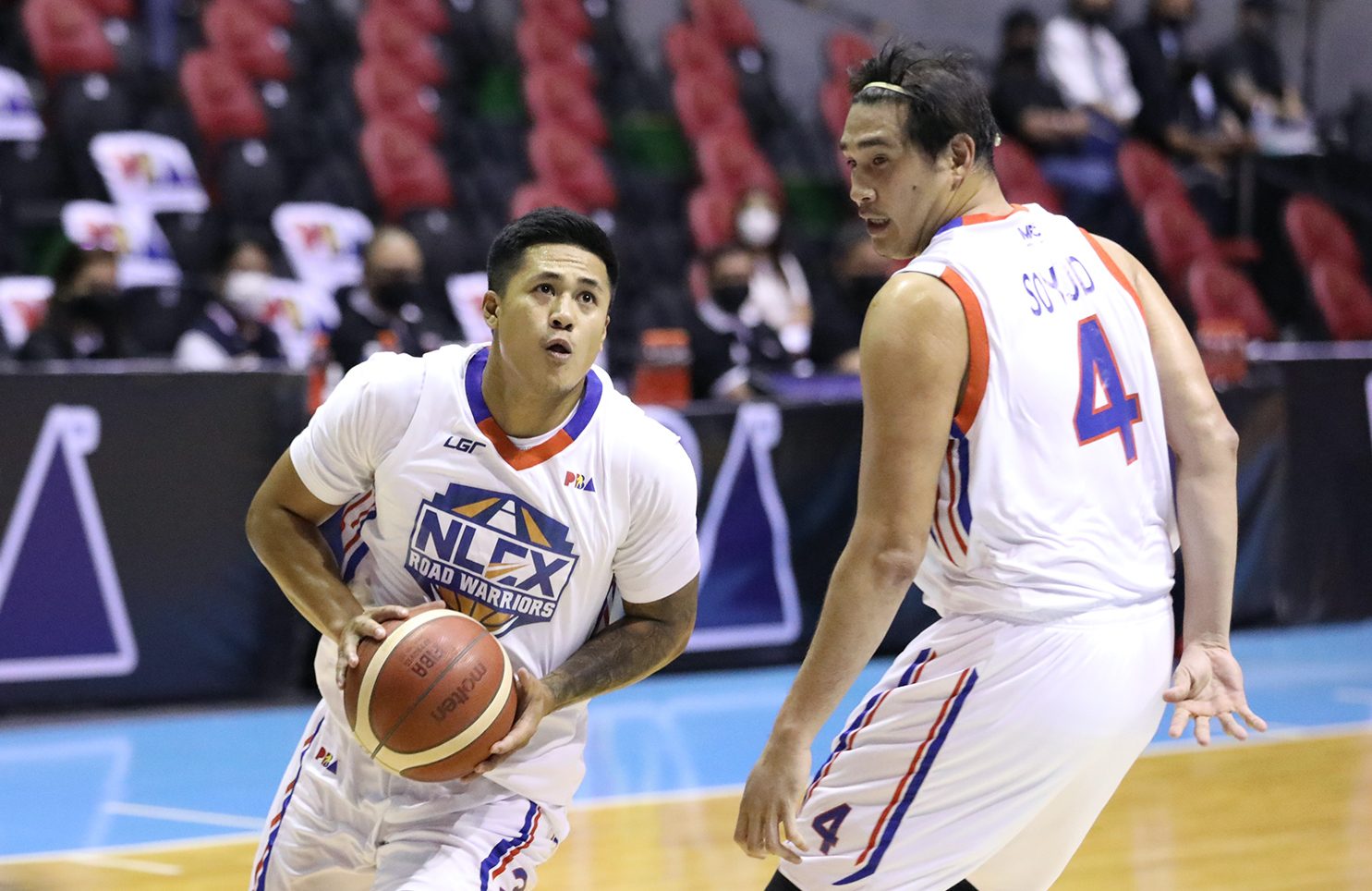 GOODBYE. Jericho Cruz makes the most of his last playing days for NLEX as he helps steer the Road Warriors to the playoffs.

Cruz is expected to join a new PBA team in the middle of the Governors’ Cup after he bid the Road Warriors goodbye on Friday, February 25, with his contract about to expire at the end of the month.

“To my NLEX fam and coaching staff, love you all!” Cruz wrote on Instagram after playing what could be his final game with the team that ended in a 109-100 win over Rain or Shine on Friday.

“Good luck on your next games. Thanks for a great run.”

Picked No. 9 overall by the Elasto Painters in the 2014 PBA Draft, Cruz is part of the first batch of players who can choose to decline offers from their teams and become unrestricted free agents.

His initial contract with NLEX expired at the end of last year but Cruz signed a two-month extension in an attempt for him to finish the Governors’ Cup with the Road Warriors.

The month-long conference postponement brought by the rise of COVID-19 cases in Metro Manila, though, derailed that plan, with NLEX set to go into the playoffs without Cruz.

Still, Cruz made the most out of his last playing days for the Road Warriors as he averaged 18.7 points, 4.7 rebounds, and 2 steals in their three-game winning streak.

Cruz reinvigorated his PBA career when NLEX acquired him from TNT through a three-team trade in June 2019.

Shelved for months by the Tropang Giga in the injured/reserved list, Cruz emerged as a key player under Road Warriors coach Yeng Guiao, who also mentored him when they were still with Rain or Shine.

He helped NLEX reach the quarterfinals thrice in his five conferences with the squad.