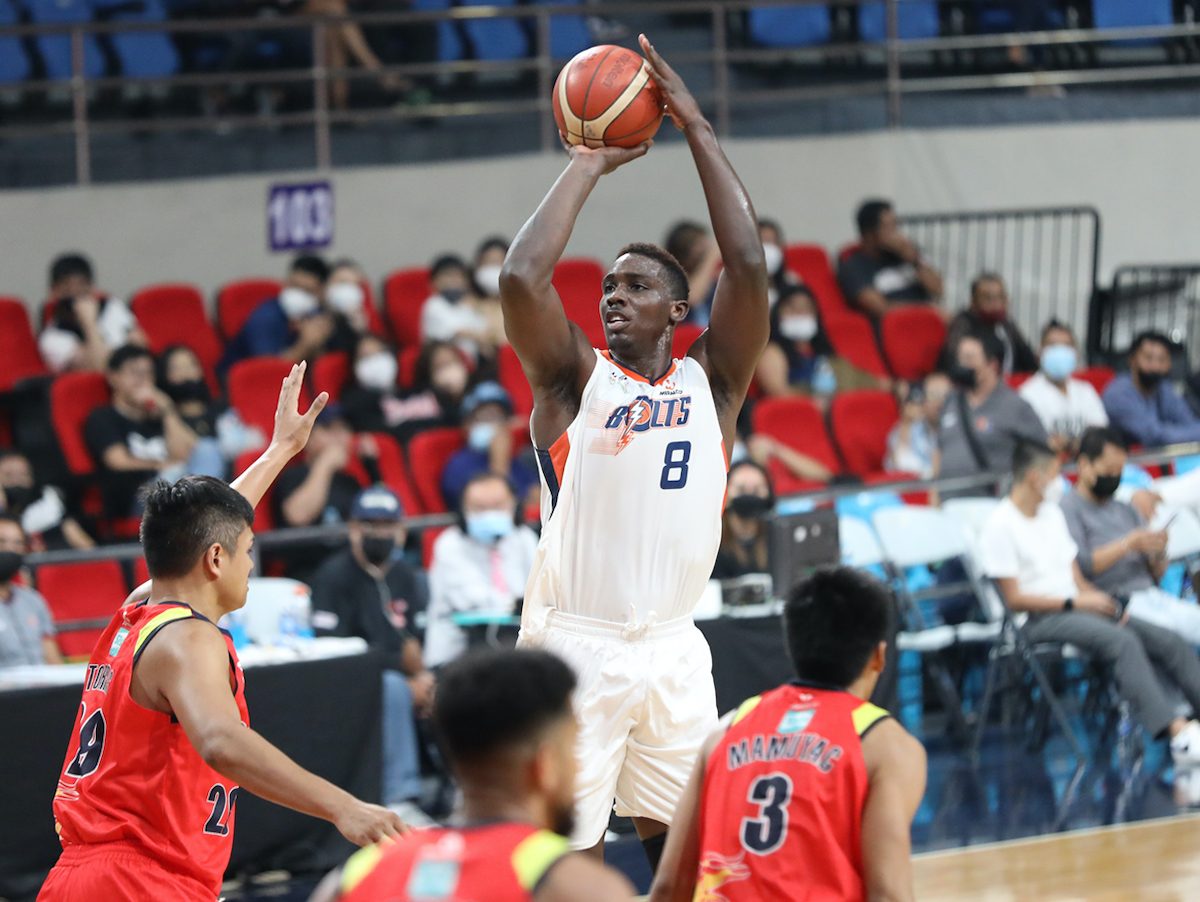 SHOOTING WOES. Johnny O'Bryant continuously struggled from the field as he ranks last among all imports in field goal shooting.

Bolts head coach Norman Black said on Monday, October 24, that Meralco will be fielding a new import when it tangles with San Miguel on Saturday, October 29, following a lackluster start in the PBA Commissioner’s Cup.

O’Bryant and the Bolts lost five of their first six games as the franchise suffered its worst six-game start since the 2018 Governors’ Cup, where it also compiled a 1-5 record.

“I cannot announce the name because we are still finalizing things, but we are in the process of replacing Johnny as our import,” Black said.

“We will parade a new import on Saturday versus SMB.”

A former NBA player, O’Bryant put up solid numbers as he averaged 26 points, 14.5 rebounds, 5 assists, and 1.3 steals through six games for Meralco.

But the 29-year-old big man continuously struggled from the field, shooting 39.2%, which ranks last among all imports.

O’Bryant, according to a report by Sportando, is headed to the Chinese Basketball Association after inking a deal with the Shanghai Sharks.

But team manager Paolo Trillo said O’Bryant playing in the CBA does not coincide with his commitment with Meralco.

“The report about him playing in China is for next month after his stint with us,” Trillo said.

With a new import on board, the Bolts seek to snap a three-game skid when they face the Beermen at the Ynares Center in Antipolo. – Rappler.com