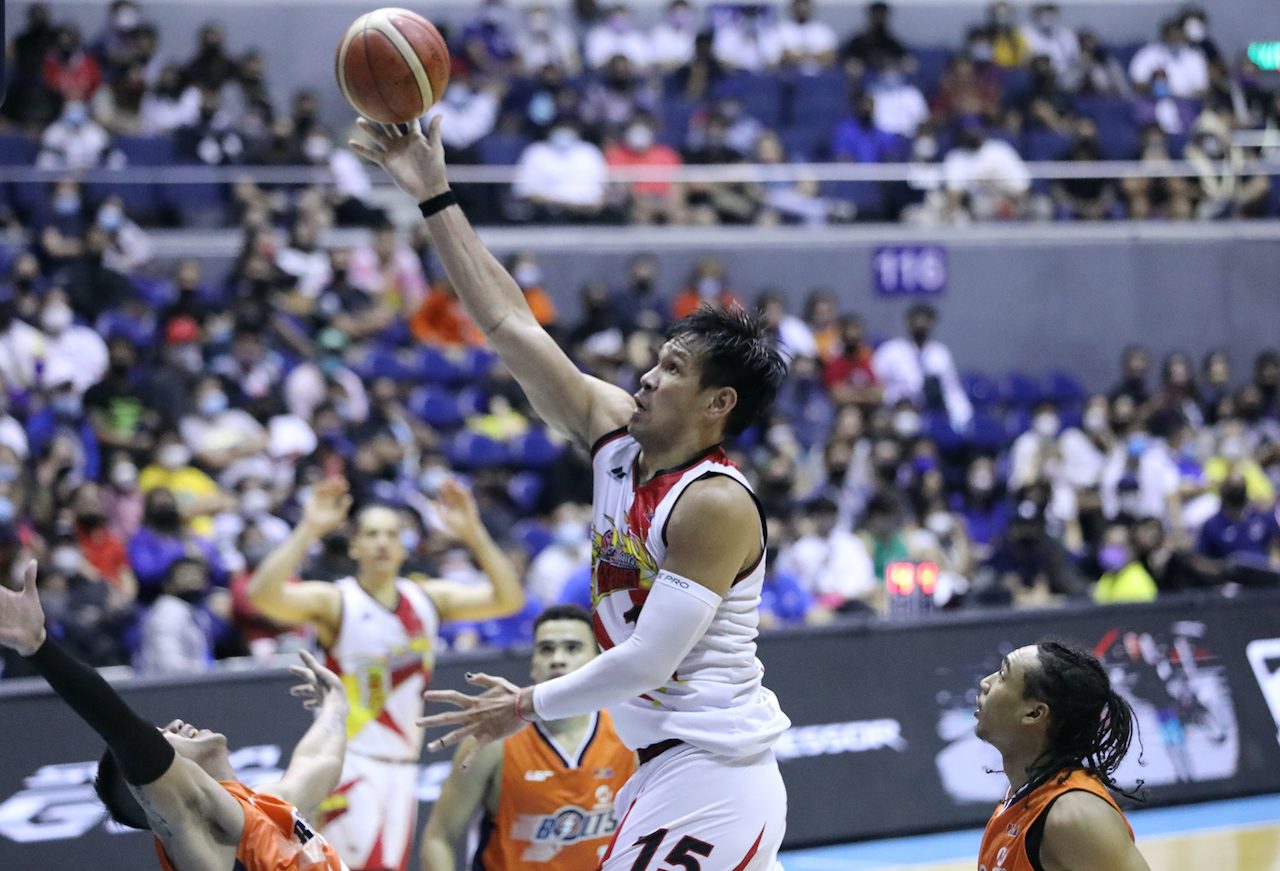 BACK ON TOP. June Mar Fajardo and San Miguel wrest back the lead in their semifinals series against Meralco.

Facebook Twitter Copy URL
Copied
Best Player of the Conference frontrunner June Mar Fajardo has seen a drop in his numbers in the PBA Philippine Cup playoffs, but the six-time MVP only wants what is best for the team

MANILA, Philippines – The stats show otherwise, but San Miguel star June Mar Fajardo is willing to give up his numbers if it means success for the Beermen.

Fajardo showed up in the second half and finished with 21 points, 16 rebounds, and 2 blocks to key San Miguel to a 96-91 win over Meralco in Game 3 of their PBA Philippine Cup semis on Sunday, August 7.

Limited to just 6 points in the first half, Fajardo turned in 15 points in the last two quarters – 10 in the fourth period alone – as the Beermen wrested back the lead in the best-of-seven series.

“[Coach Leo Austria] tells me to be a decoy at first. I’m a passer at the start of the game and when the defense frees up, my teammates give me the ball,” said Fajardo in Filipino.

Fajardo ended the elimination round as the frontrunner for the Best Player of the Conference after he topped the statistical points battle with averages of 18.5 points, 13.5 rebounds, 3.5 assists, 1.6 blocks, and 1 steal.

But instead of chasing his usual numbers, the six-time PBA MVP took a back seat on offense and let his teammates flourish.

In their quarterfinals encounter against Blackwater, Fajardo scored just 11 points to go with 10 rebounds, 6 assists, and 2 steals.

San Miguel won both games handily by a combined margin of 54 points – a testament to how valuable Fajardo and his mere presence are to the team.

“I need to focus on how I can help the team,” Fajardo said. “If it is only in rebounding, if there is no need for me to score, it is okay with me as long as I’m helping the team.”

Austria lauded Fajardo for not forcing the issue as Meralco continues to enforce double-teams – sometimes even triple-teams – to stymie his production.

Fajardo will once again be the focal point as the Beermen eye a 3-1 lead against the Bolts in Game 4 on Wednesday, August 10, at the Araneta Coliseum. – Rappler.com