June Mar Fajardo out for several weeks after throat surgery 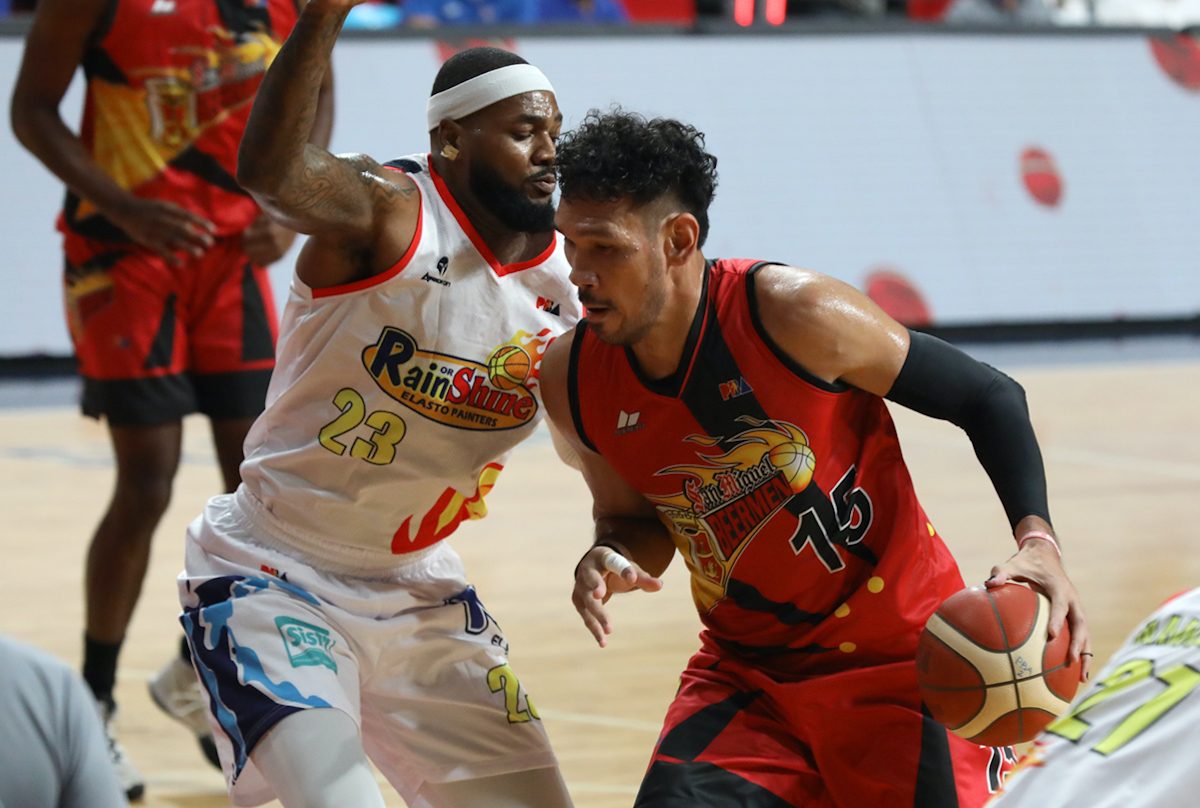 MANILA, Philippines – San Miguel star June Mar Fajardo will miss significant time away from the PBA after undergoing a throat surgery for his laryngeal fracture.

Beermen team manager Gee Abanilla on Saturday, October 15, said doctors expect the six-time league MVP to be out for six to seven weeks.

“It was a successful operation,” Abanilla said in a mix of Filipino and English.

“We’re hoping that he heals properly and he heals faster,” Abanilla added. “We’re still assessing him as day-to-day. But definitely, he would be missing a lot of games.”

Fajardo is prohibited to talk and is currently on a liquid diet.

“He cannot talk yet. Actually, he cannot eat yet,” Abanilla said. “It hurts when he swallows.”

The Cebuano big man suffered the injury on October 9 in their 113-105 win over Rain or Shine, where he got inadvertently elbowed by Elasto Painters import Steve Taylor Jr.

Fajardo averages 22 points, 12 rebounds, 4 assists, 1.5 blocks, and 1.5 steals through two games in the Commissioner’s Cup and his absence would be a major blow when San Miguel tangles with Bay Area on Sunday.

Toting a 1-1 record, the Beermen face a packed October schedule as they play four more games against Converge, NLEX, NorthPort, and Meralco before the month ends. – Rappler.com