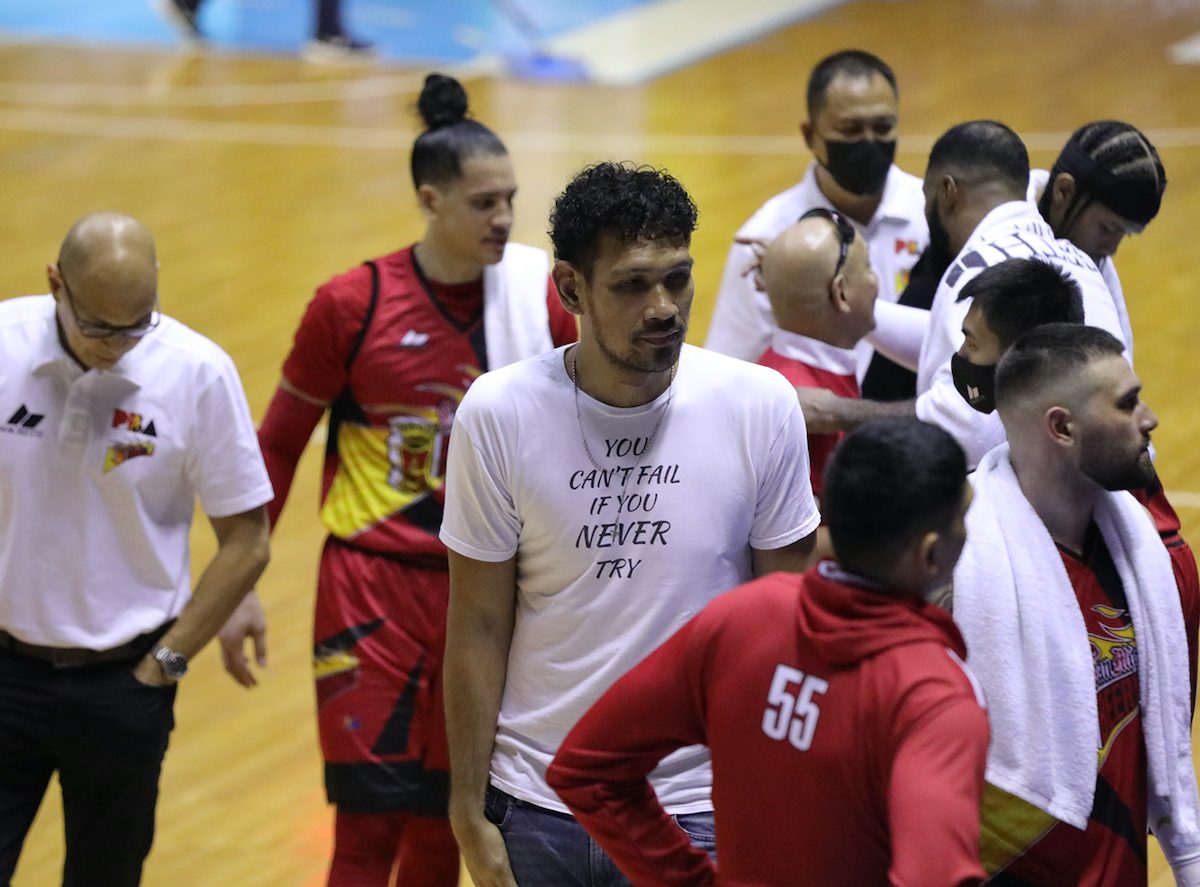 MANILA, Philippines – San Miguel gets a much-needed shot in the arm for its playoff hunt as prized big man June Mar Fajardo eyes a PBA comeback.

The six-time PBA MVP has now missed six straight games after he underwent a throat surgery that kept him out for more than a month, leaving the Beermen without their best player in such a crucial stretch.

Already in uniform, he watched San Miguel drop to 3-5 and fall out of the playoff picture to ninth place following a sorry 80-85 loss to top seed Magnolia on Wednesday, November 16.

“I’ll try next game,” he said when asked about his return. “We’ll ask clearance from the doctors if they will allow me to play.”

As the Cebuano star tries to regain his top form, he also has to get used to living and playing with a metal implant in his throat.

Fajardo also got a metal piece attached to his body when he underwent surgery for his broken shin more than two years ago.

“At first, it felt awkward, but I’m used to it now because it is now a part of my body and it will no longer be removed,” Fajardo said.

Crowned the Best Player of the Conference in the Philippine Cup, Fajardo continued his dominant ways in this tournament, averaging 22 points, 12 rebounds, 4 assists, 1.5 blocks, and 1.5 steals in two games before his injury.

The Beermen expect Fajardo to produce the same numbers as they try to catch the quarterfinal bus with four games left in the elimination round.

“When I return, I’ll give my all to help the team. We’re at the bottom of the standings so I hope I can be of help once I return,” Fajardo said.