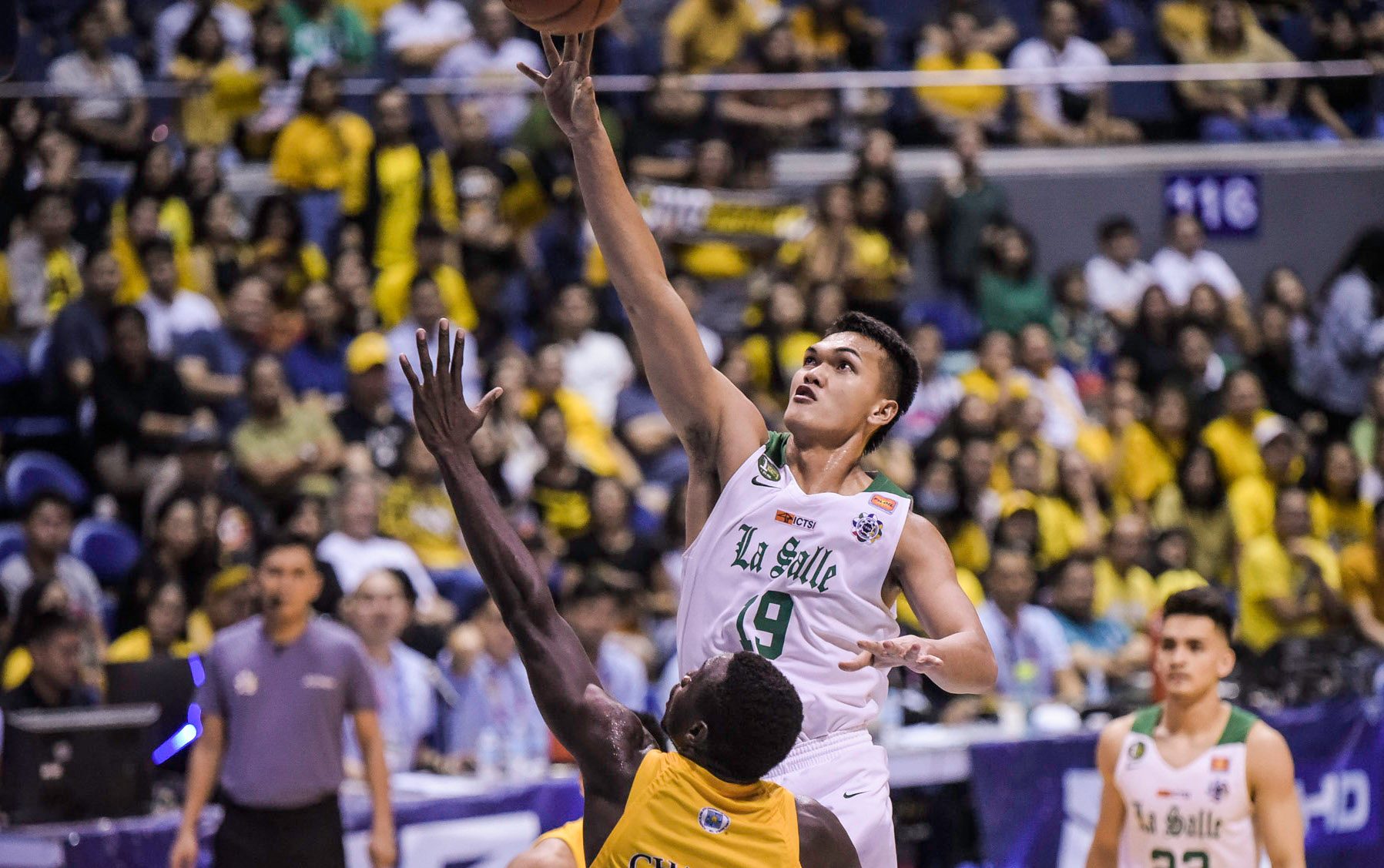 TOP BIG MAN. Justine Baltazar has been impressive in the UAAP, earning a spot in the Mythical Team over the last two seasons.

PBA teams will have to wait before they get a crack at drafting Justine Baltazar as the big man decided to skip the upcoming PBA Draft.

In a report by Spin, the La Salle Green Archers star said he will instead focus on his cadet duties for Gilas Pilipinas, which is vying for a berth in the FIBA Asia Cup Qualifiers.

Hours before the deadline on Wednesday, January 27, the PBA office said Baltazar has yet to submit his draft application.

Baltazar has been impressive in his first two games for Gilas Pilipinas, averaging 7.0 points, 8.5 rebounds, 3.0 assists, and 2.0 steals as the Philippines swept Thailand in the second window of the qualifiers.

The 6-foot-10 Baltazar attracted the attention of the national team with his stellar resume in the UAAP.

Baltazar earned a spot in the UAAP Mythical Team over the last two seasons as he regularly posted double-doubles.

Despite Baltazar skipping, the latest crop of rookie aspirants remain as one of the deepest in recent years.