MANILA, Philippines – Kia Picanto closes its dark chapter in the PBA history books after the franchise decided to rebrand as the Columbian Dyip.

The rechristened team was made public when the league released Tuesday, April 3 the partial schedule of the PBA Commissioner's Cup.

The team, however, is still under the banner of the Columbian Autocar Corporation, the exclusive distributor of Kia vehicles in the Philippines. The rebrand marks the franchise’s 6th name change in its 4-year run in the PBA. They debuted as Kia Sorento before shuffling through names like Kia Carnival, Mahindra Enforcer and Mahindra Floodbuster, while bannering incumbent Senator Manny Pacquiao as their main attraction and inaugural rookie-slash-head coach.

The Picanto name made the most noise, however, after it traded its 2018 first overall selection to the already-stacked San Miguel Beermen, which used the pick to select Fil-German standout Christian Standhardinger. The role players San Miguel sent in exchange made little to no impact as Kia ended its Philippine Cup campaign rock-bottom at 1-10.

Columbian Dyip would debut at the curtain-raiser of the Commissioner’s Cup on April 22, as they face the Blackwater Elite. 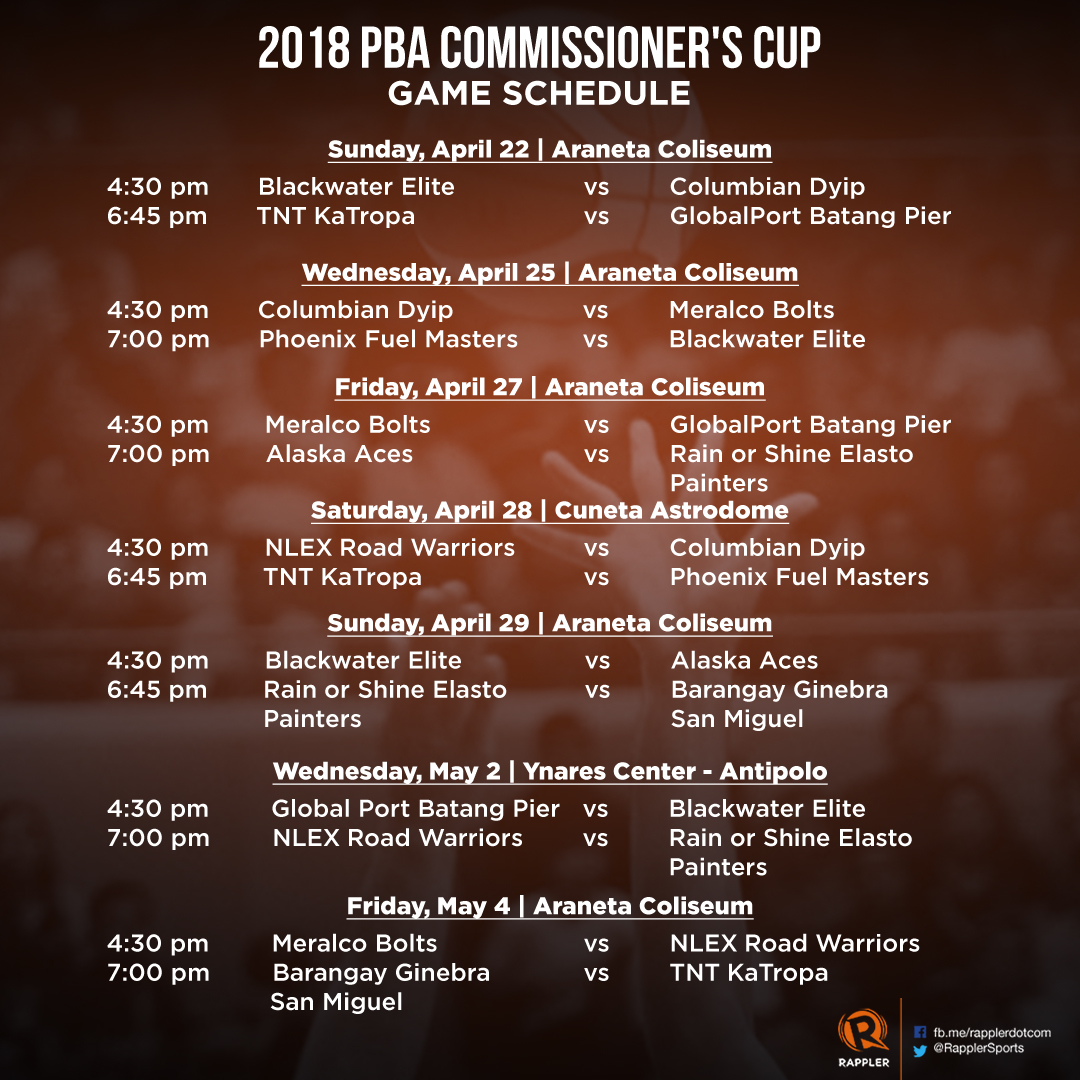