KIA would take Rosario over Parks with draft pick 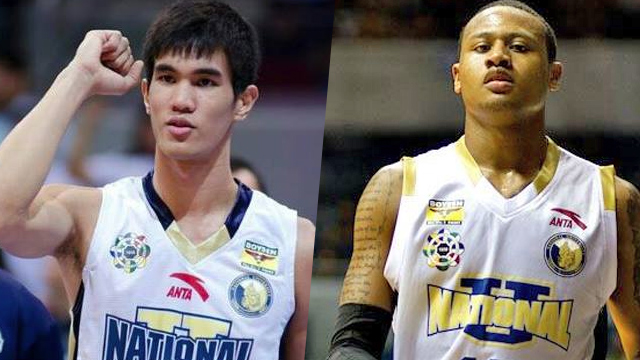 MANILA, Philippines – If faced with the choice of selecting former UAAP MVP Bobby Ray Parks or rising star Troy Rosario with the no. two pick in the 2015 PBA Draft, the KIA Carnival are currently set on taking the 6-foot-7 Rosario.

That was what was told to Rappler on Thursday, June 25, by KIA team manager Eric Pineda a day fresh from the Carnival’s season-ending win against the Meralco Bolts.

“Syempre (of course), based on our requirements we need a good center, a stretch 4, or a shooting guard,” said Pineda.

(There are a lot of options but if ever we don’t trade our pick, we’ll select Troy Rosario.)

If former Asean Basketball League star and reigning PBA D-League MVP Moala Tautuaa is still available at no. 2, would KIA take him? “Why not?” said Pineda, who stressed the importance of the Carnival obtaining a big man at the PBA Draft on August 23.

But Tautuaa, the consensus no. one pick, is expected to go to the Talk ’N Text Tropang Texters, who attained the top overall selection for this year’s draft in a trade with the Blackwater Elite, who had the worst cumulative record this PBA season.

Parks is a former two-time UAAP MVP and projected by some pundits to be a star in the PBA one day, but KIA would prefer to take Rosario. It’s unsure yet if he will declare for this year’s PBA draft, as he’s currently in the United States chasing his goal of making it to the NBA.

Parks recently had workouts with 5 different NBA teams ahead of the 2015 NBA Draft on Friday: Utah, Brooklyn, Dallas, Atlanta, and Boston.

(We already have a lot of players in his position.)

Outside of being able to operate in the post, Rosario also has the ability to spread the floor with his jump shooting prowess, can defend, and rebounds well. He averaged 11.3 points and 8.4 boards a game for the NU Bulldogs in the most recent UAAP season, where his team won the title and he won Most Improved Player of the Year.

Parks, who was the MVP of the first PBA D-League Aspirants Cup this season, was teammates with Rosario on Hapee during his MVP-winning conference. The duo helped the Fresh Fighters win that conference's championship. Parks also played college ball for NU.

KIA is also open to trading their pick, and many offers have come their way from rival PBA teams. “Madaming mga (there are a lot of) offers now. We’re just evaluating them,” said Pineda.

Asked what the Carnival are searching for in return, Pineda said “we don’t want any of the superstars. We want those who are up-and-coming, diba. Yung mga (those) players who have talent but they’re not given proper playing time.” He didn’t specify any names the franchise have in mind.

Pineda said that KIA also has to decide which of their players from this season will return for next season. “That’s still a subject for discussion,” said Pineda, who mentioned that some decisions could be finalized by next week.

Pineda did say that LA Revilla, the breakout point guard of the Carnival this season who averaged 8.9 points, 4.3 rebounds, and 3.9 assists a game, will be back.

“Oo (yes), of course LA has already been [extended]. He’s been signed up already,” informed Pineda, who also said that Joshua Webb will “most likely” be back, as well as Karl Dehesa.