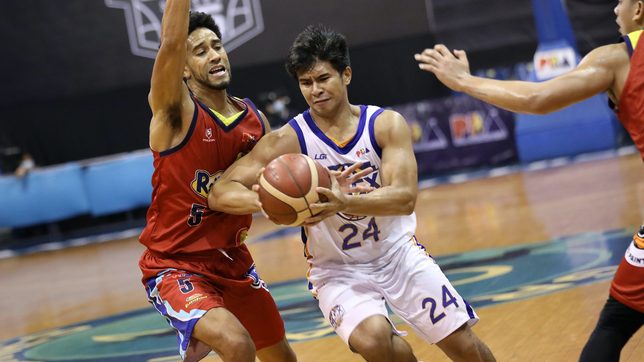 OVERSEAS. Kiefer Ravena will return to NLEX after one season in Japan.

Facebook Twitter Copy URL
Copied
Kiefer Ravena need not finish his PBA Philippine Cup stint with NLEX as he gears up for his Japan B. League season debut with the Shiga Lakestars

Kiefer Ravena has cleared all hurdles to play in the Japan B. League.

The star guard is expected to suit up for the Shiga Lakestars in their B. League season debut after securing the release of his PBA mother team NLEX Road Warriors.

PBA commissioner Willie Marcial confirmed on Saturday, September 25, that Ravena has been formally released by NLEX.

That means Ravena does not have to finish his Philippine Cup stint with the Road Warriors, which was one of the conditions when the PBA gave him the green light to see action in Japan last July.

Ravena suited up in only four games in the ongoing all-Filipino conference before he left for Japan in August to complete his B. League requirements.

NLEX head coach Yeng Guiao previously said they will make an effort to bring Ravena back if the team overcomes twice-to-beat Meralco in the quarterfinals to reach the last four.

The Road Warriors, though, will have to do without Ravena should they make the next round.

Ravena kicks off his B. League campaign against younger brother Thirdy and the San-en NeoPhoenix on October 2 and 3.

As part of the agreement he signed with NLEX and the PBA, Ravena is required to the return to the Philippines and sign a new contract with the Road Warriors. – Rappler.com