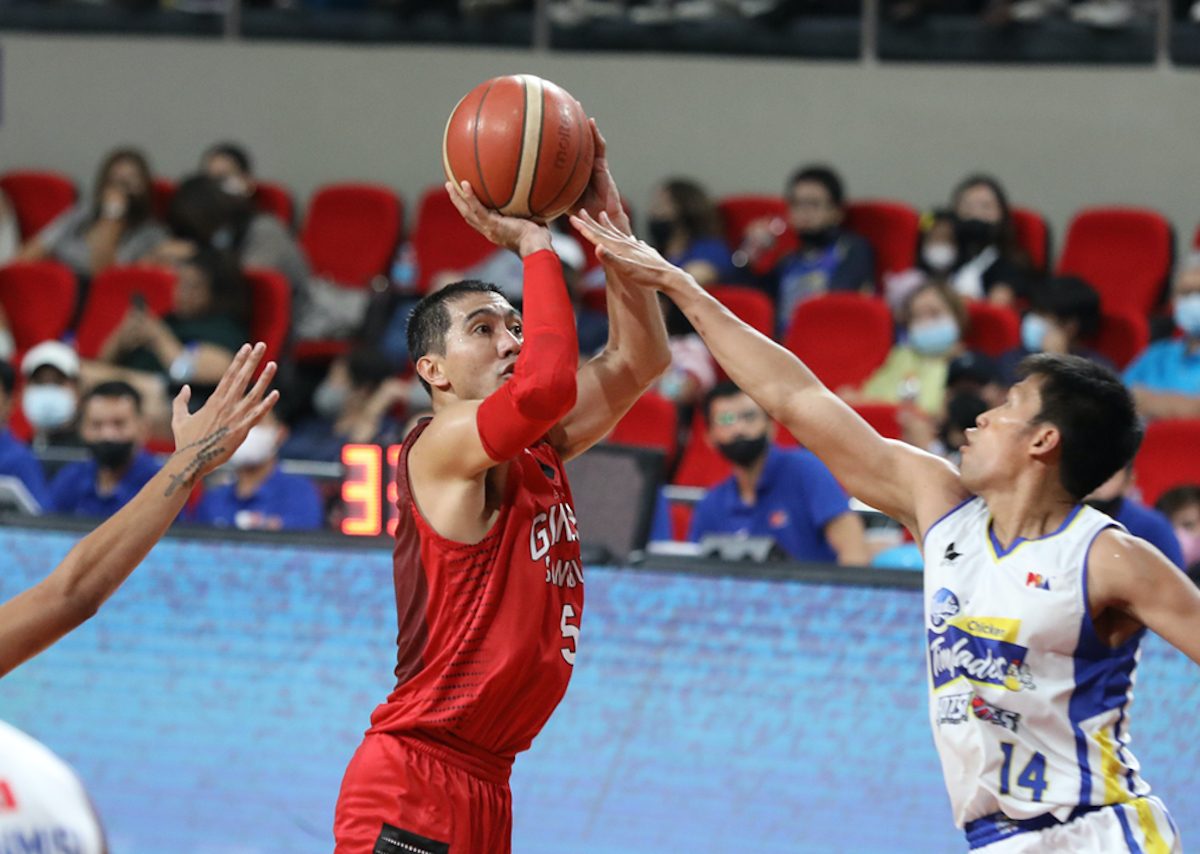 GUNNER. LA Tenorio continues his steady climb in the all-time PBA three-pointers list as he drains 4 triples for the third time over the last five games.

MANILA, Philippines – LA Tenorio treated his special guests, including celebrity couple Kathryn Bernardo and Daniel Padilla, to his best performance of the season.

Tenorio fired a season-high 20 points as Barangay Ginebra moved one win within its fourth finals appearance in six conferences after trouncing Magnolia, 103-80, in Game 3 of their best-of-five semifinals on Sunday, December 18.

At solo No. 3 in the all-time PBA three-pointers list, Tenorio sank 4 treys for the third time over the last five games to continue his steady climb towards the top spot.

His triple to end the first half that gave the Gin Kings a 49-34 cushion got Padilla and other celebrities Zanjoe Marudo, Kyle Echarri, and Yubs Azarcon – who were sitting at courtside – on their feet as they cheered for Tenorio.

Although their YouTube channel has been inactive for nearly a year now, the trio remains thick as thieves, recently playing golf with Padilla.

Meanwhile, Bernando returned to the PBA after serving as the Hotshots’ muse two years ago for the opening ceremony of the 45th season.

Tenorio matched his previous series-high of 8 points in the second quarter alone and he scattered 12 more in the second half to help Ginebra cruise to the most lopsided win of the semifinals after a nip-and-tuck first two games.

The Gin Kings drew first blood through a three-point victory in Game 1 before Magnolia knotted the series at 1-1 with a one-point win off a Paul Lee buzzer-beater.

Up 2-1, Tenorio and Ginebra will try to go for the kill in Game 4 on Wednesday, December 21, at the Mall of Asia Arena. – Rappler.com