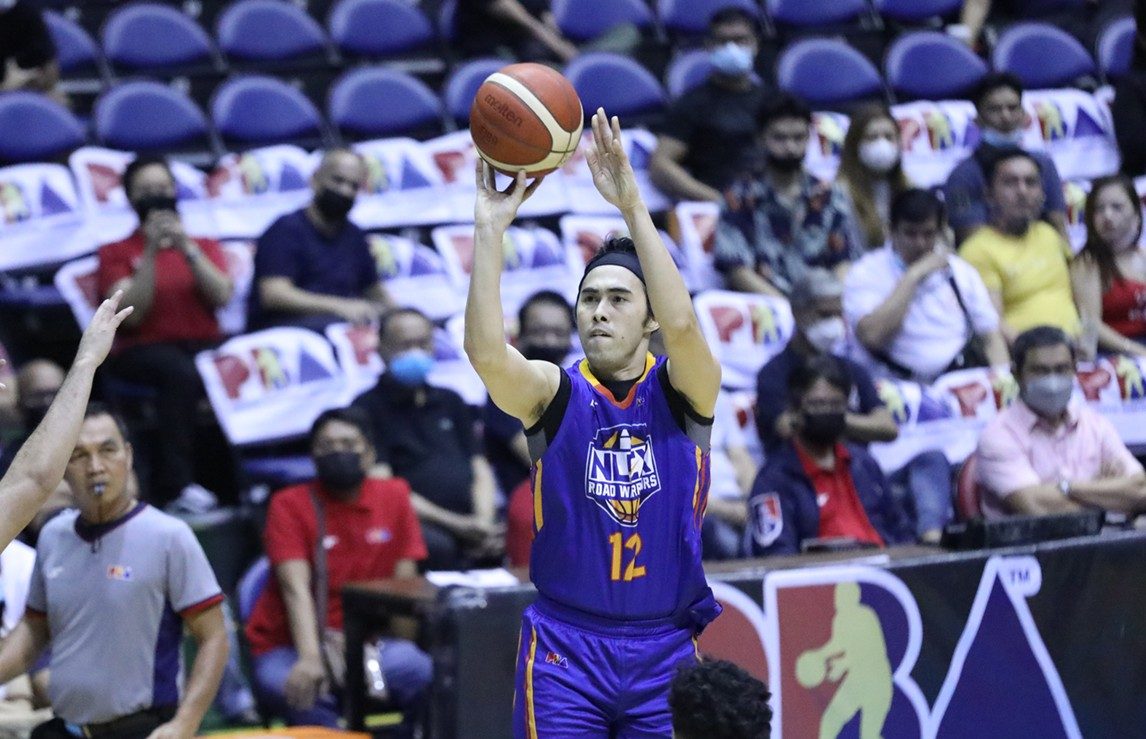 DIFFERENT ROLE. Larry Fonacier stays with NLEX despite hanging up his spurs as a basketball player.

Facebook Twitter Copy URL
Copied
Although one of the youngest among the ranks of team managers in the PBA, Larry Fonacier sure knows how to win, having won seven championships throughout his 17-year professional career

MANILA, Philippines – Larry Fonacier may have drawn the curtains on his stellar PBA career, but he remains in the game.

Fonacier has been appointed by NLEX as its new team manager as he called it quits on his 17-year professional career after his contract with the Road Warriors expired at the end of last year.

The 40-year-old takes over a rebuilding NLEX side that saw the departure of former head coach Yeng Guiao and former team manager Jojo Lastimosa last conference.

Although one of the youngest among the ranks of team managers in the league, Fonacier sure knows how to build a winning culture, having won seven championships with Red Bull, Alaska, and TNT.

Drafted 14th overall by the Barako in 2005, Fonacier earned the Rookie of the Year honors, besting top picks Jay Washington and Alex Cabagnot, and helped the franchise capture the 2005-2006 Fiesta Conference.

After ruling the 2010 Fiesta Conference with the Aces, Fonacier enjoyed his best years with the Tropang Texters as they captured five titles from 2011 to 2015.

It was also during his stint with TNT when the “Babyface Assassin” saw action for Gilas Pilipinas and helped the national team qualify for the FIBA World Cup for the first time in nearly four decades as they finished second in the 2013 FIBA Asia Championship.

He got shipped to the Road Warriors in 2017 and spent his last five years in the league with the franchise.

With Fonacier taking on a management role, he looks to help the Road Warriors get over the hump in the Governors’ Cup after they failed to make it past the quarterfinals in the first two conferences this season. – Rappler.com