The last time a guest team won a PBA title 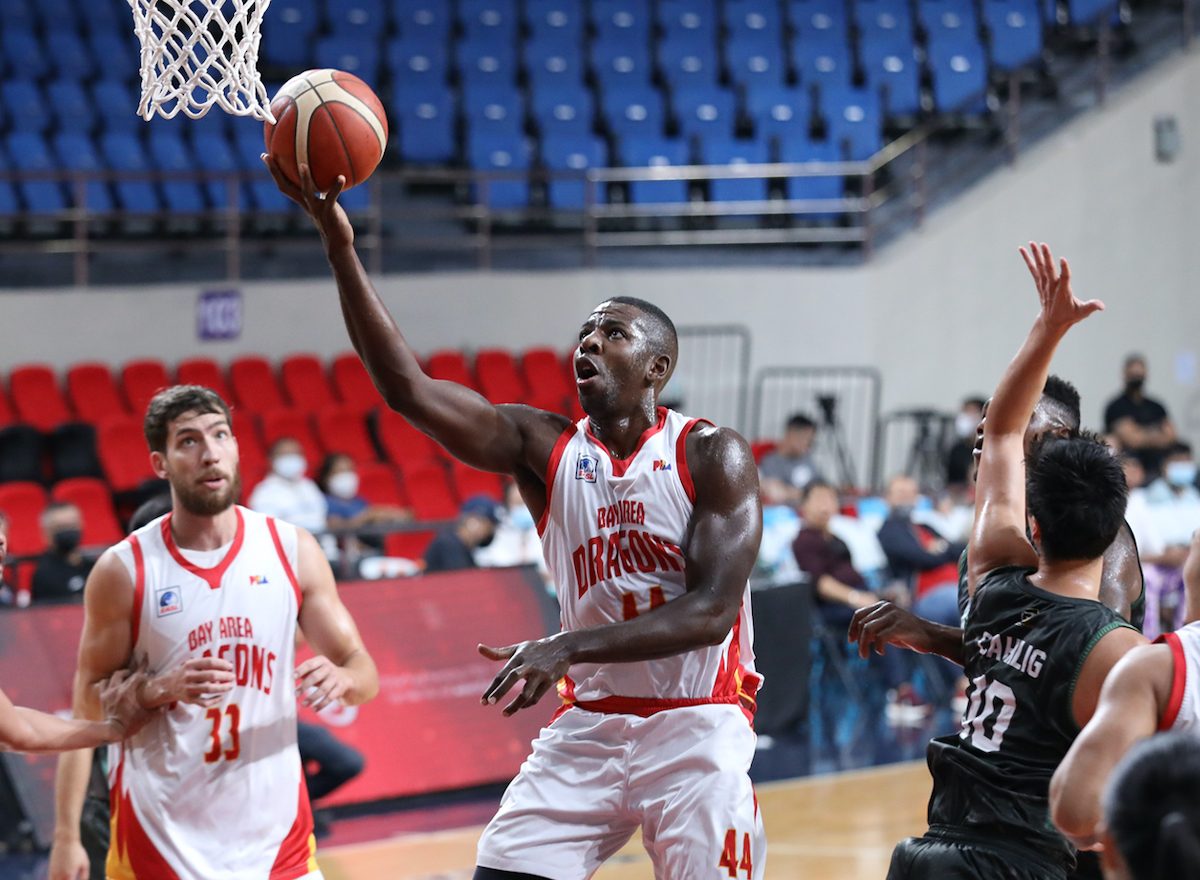 MANILA, Philippines – The Bay Area Dragons did not need the benefit of a twice-to-beat advantage after all as they thoroughly dominated Rain or Shine, 126-96, in the quarterfinals of the PBA Commissioner’s Cup.

After finishing on top of the team standings in the elimination round, the Hong Kong-based squad will enter the semifinals looking as favorites to emerge champions of the mid-season tournament.

The Bay Area will seek to become just the third guest team to win a PBA conference title.

The first time a guest quintet stole the rug from under PBA squads was when the Nicholas Stoodley-sponsored US team made up of players looking to crack the NBA or earn callbacks to the PBA as imports bagged the 1980 Invitational.

The second time it happened was 37 years ago, when the Northern Consolidated Cement (NCC) Philippine national squad, coached by the legendary Ron Jacobs, trumped all PBA teams to snare the Reinforced Conference title.

The Reinforced Conference was the third tournament of the 1985 season. The team with the biggest motivation to win the crown was the Great Taste Coffee Makers. The Gokongwei-owned ballclub had established itself as the league’s new powerhouse after the disbandment of Crispa and Toyota.

Great Taste was on a four-conference streak after winning the last two tournaments of the 1984 season and the first two tourneys of the 1985 season. The Reinforced Conference was the crowning glory that Great Taste sought to claim the coveted Grand Slam.

Unfortunately for the Coffee Makers, they were besieged by import woes. Their original import, Wally Rank, refused to play after four games unless he was paid in advance. This forced Great Taste to play two games with an all-Filipino lineup before Michael Britt flew in.

NCC, though, still had to deal with a crack field of imports. Two top-notch comebacking imports served as the benchmark for all other reinforcements. These were Norman Black of Magnolia Quench Plus and Francois Wise of Manila Beer.

Ginebra had the explosive Michael Hackett, who, in that same conference, broke the league scoring record when he erupted for 103 points in a game against Great Taste.

Tanduay paraded former Continental Basketball Association MVP Ronnie Valentine, who also suited up for a season in the NBA for the Denver Nuggets.

Shell Azodrin was beefed up by former Denver Nugget and Dallas Maverick Howard Carter. Carter did not last long as he was given the pink slip by Shell in favor of Lester Rowe.

What the team lacked in experience, they made up for with their extensive international basketball exposure.

In 1984, the NCC won the Asian Basketball Confederation Club Championship (now known as the FIBA Asia Champions Cup) over the Bayi Rockets of China.

Carrying the banner of San Miguel Beer, the national team bagged the 1985 Jones Cup title by beating a US selection made up of future NBA players. They also joined the FIBA Club World Cup held in Spain. The NCC went up against some of the top ballclubs in the world and placed seventh out of 10 participating teams.

The NCC squad was ripe for the PBA.

At the end of the elimination round of the Reinforced Conference, the NCC finished tied for 2nd place with Ginebra and Magnola. All three teams finished with 7 wins and 5 losses, but the NCC was relegated to 4th place after losing in the seeding playoff to Ginebra.

Manila Beer topped the elimination with a 9-3 slate and qualified automatically for the semis along with Ginebra. The NCC and Magnolia had to go through the quarterfinals before earning their spots in the semis.

Manila Beer continued to dominate in the double round semifinals. The Brewmasters topped the standings anew to snag the first finals slot.

The NCC and Great Taste, which finished tied after the semifinals, slugged it out for the other finals spot. The NCC dashed the Coffee Makers’ hopes for a grand slam as the nationals prevailed in convincing fashion in the knockout game, 123-107.

The national team entered the finals as the underdogs. After all, the Brewmasters paraded a deep lineup that featured two PBA MVPs. The squad had been a picture of consistency throughout the conference.

Aside from having an immovable force in the middle in their 240-pound import Wise, Manila Beer also had a loaded Filipino crew. It had scorers in former MVP Atoy Co and Gary Vargas, big men Yoyoy Villamin and Ed Cordero, plus reliable guys such as Fritz Gaston, Ramon Cruz, and Tim Coloso.

The NCC, however, was not at all intimidated. It set the tone for the rest of the finals in Game 1 with a blowout. Manila Beer coach Ed Ocampo had no answers to the motion offense, running game, and suffocating defense of the young upstarts and the modern and scientific coaching of Jacobs.

Their ego bruised after the embarrassing loss in the finals opener, the Brewmasters came back strong in Game 2 to lead by 3 points at the end of the first quarter. The halftime score was still tied at 56-all.

The Brewmasters, though, did not have the rotor to keep pace with the youthful nationals as the game became another blowout in the final period. The NCC pulled away by 16 points, 133-117.

Moore scored 28 points and Calma had 25 for the NCC, while Wise’s 37 points and Vargas’s 28 points were the leading producers for Manila Beer.

Games 3 and 4 followed the same storyline as the first two games. In Game 3, Still pumped in 31 points while Caidic fired 25 to negate the 43 points from Wise and 26 points from Co as the nationals triumphed by 17 points.

The clincher seemed to be a foregone conclusion and a mere formality. Sensing they had already taken the fight out of the dejected Brewmasters, the NCC raced to a 19-point advantage at the end of the third quarter.

With still half a quarter remaining in the fourth canto, Jacobs put in his bench mob, who further increased the lead as the national team put the finishing touches to its ascent to the championship. The final score for Game 4 was 138-106.

The NCC won each of the four games by an average of 25.5 points.

The title romp proved timely for the national team as it aided them in their preparation for the Asian Championships (FIBA Asia), which happened just a few weeks after the Reinforced Conference finals.

The national team went on to win the 1985 FIBA Asia Cup – the last time the Philippines won Asia’s most prestigious competition. – Rappler.com