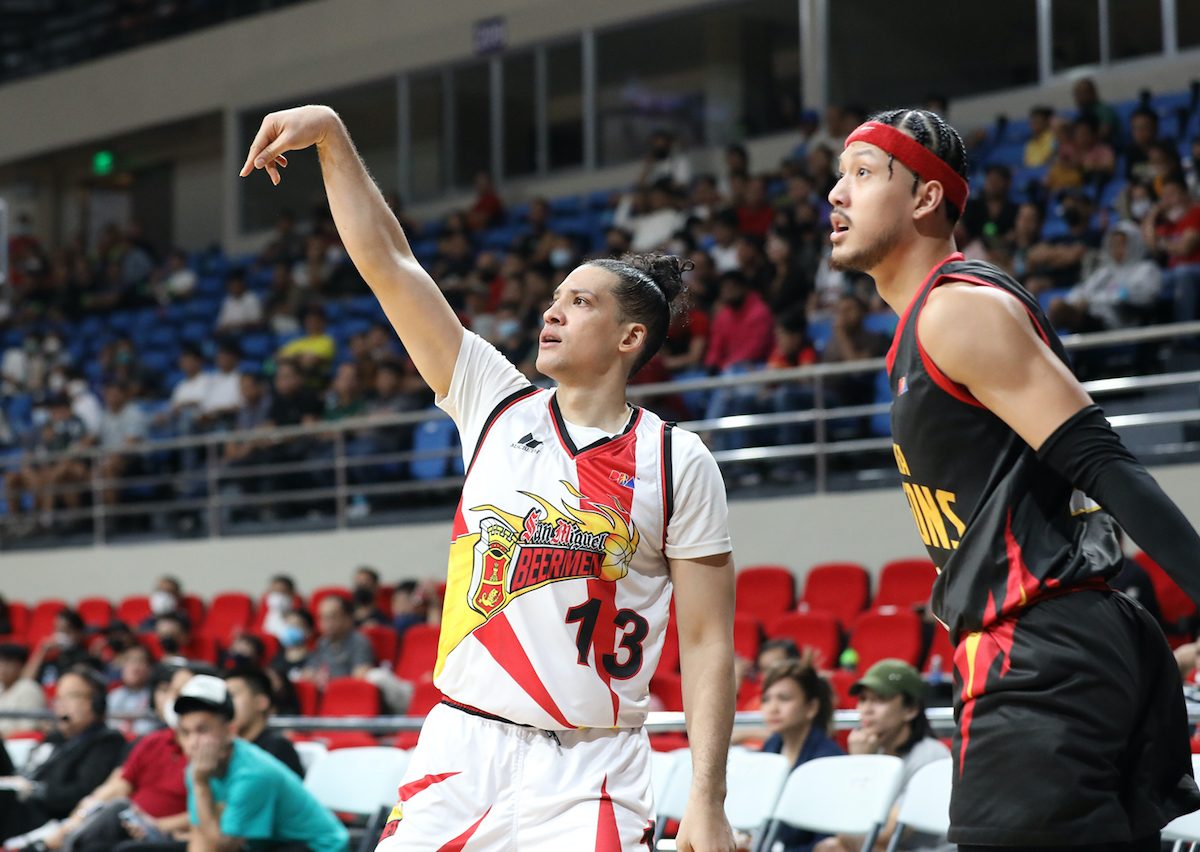 Facebook Twitter Copy URL
Copied
Down 1-2 in the best-of-five semifinals, Leo Austria and San Miguel are bent on dragging Bay Area to a do-or-die Game 5

And Beermen head coach Leo Austria believes they can still come back from the dead after beating the Dragons for the first time in four tries with a 98-96 win on Sunday, December 18, to stay alive in their best-of-five semifinals.

“This is an indication that Bay Area is beatable, as long as we play hard, we play as a team both on offense and defense, and then define the roles of the players,” said Austria.

Although loaded with talent, San Miguel found Bay Area a tough nut to crack throughout their first three encounters.

Without then-injured star June Mar Fajardo, the Beermen absorbed their most lopsided loss of the conference when they were demolished by 26 points by the Dragons in their first meeting.

Fajardo eventually returned, but San Miguel wasted a 16-point lead in a heartbreaking 103-102 loss in Game 1 of the semifinals then suffered another blowout via a 114-95 defeat as Bay Area grabbed a 2-0 series lead.

But with their campaign on the line, the Beermen completed their own dramatic comeback in Game 3, overhauling a 14-point deficit before relying on a Simon Enciso game-winning triple and a clutch Devon Scott block.

The Dragons’ loss snapped their seven-game winning streak, which is tied for the longest of the conference.

While winning a second straight crown after its Philippines Cup title romp is motivation enough, San Miguel also wants to represent the country well as it tries to eliminate the visiting Bay Area.

“The pride of the players prevail because we’re up against a foreign team. It is a good challenge for them,” said Austria. “Win or loss, as long as we’re fighting for the pride of the Filipino people, we’re okay.”

Still facing elimination, the Beermen will try to force a do-or-die Game 5 when they meet the Dragons on Wednesday, December 21, at the Mall of Asia Arena. – Rappler.com