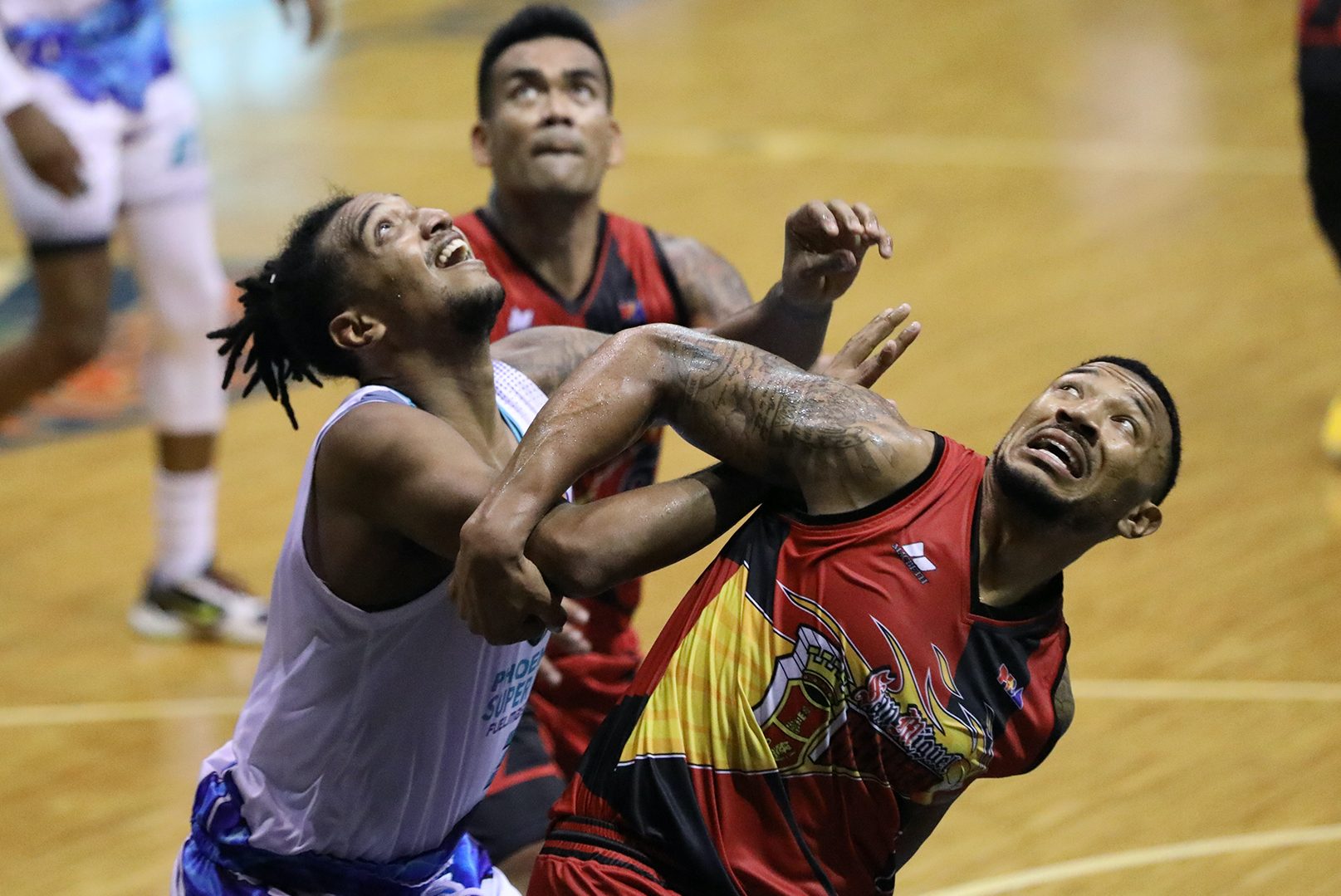 BUSINESS AS USUAL. Despite his possible PBA exit, Orlando Johnson gets the job done for San Miguel.

MANILA, Philippines – Whether Orlando Johnson will stay or go as San Miguel import following the arrival of Shabazz Muhammad has yet to determined.

Beermen head coach Leo Austria remained mum on the import change after Johnson powered San Miguel to a 104-99 win over Phoenix in the PBA Governors’ Cup on Wednesday, February 23.

“We’re not talking about the replacement or changing of import,” Austria said.

“Just give us some time because it’s a team decision if ever something happened to our lineup.”

Bouncing back from a dismal Beermen debut, Johnson dazzled for San Miguel on Sunday, February 20, after churning out 31 points, 10 rebounds, and 8 assists in a 110-102 victory over Barangay Ginebra.

A day after that near triple-double outing, though, Philippine Star columnist Quinito Henson reported that Johnson will be replaced by Muhammad.

Muhammad, an NBA veteran who spent five seasons with the Minnesota Timberwolves, initially agreed to reinforce Meralco at the beginning of the conference but backed out due to a “personal emergency.”

Despite his possible PBA exit, Johnson got the job done as the Beermen bolstered their bid for a twice-to-beat playoff bonus by improving to 5-3.

Johnson hardly looked distracted against the Fuel Masters, putting up 23 points, 9 rebounds, 5 assists, 2 blocks, and 1 steal in 46 minutes of play.

“I think he’s very focused in this game since the start and that’s what we like from him – very professional,” Austria said of Johnson.

San Miguel has a couple of days to figure out its import situation before it tangles with the league-leading Magnolia on Sunday, February 27.

“Right now, we’re playing well and whatever happens, it will be a collective decision from us,” Austria said. – Rappler.com