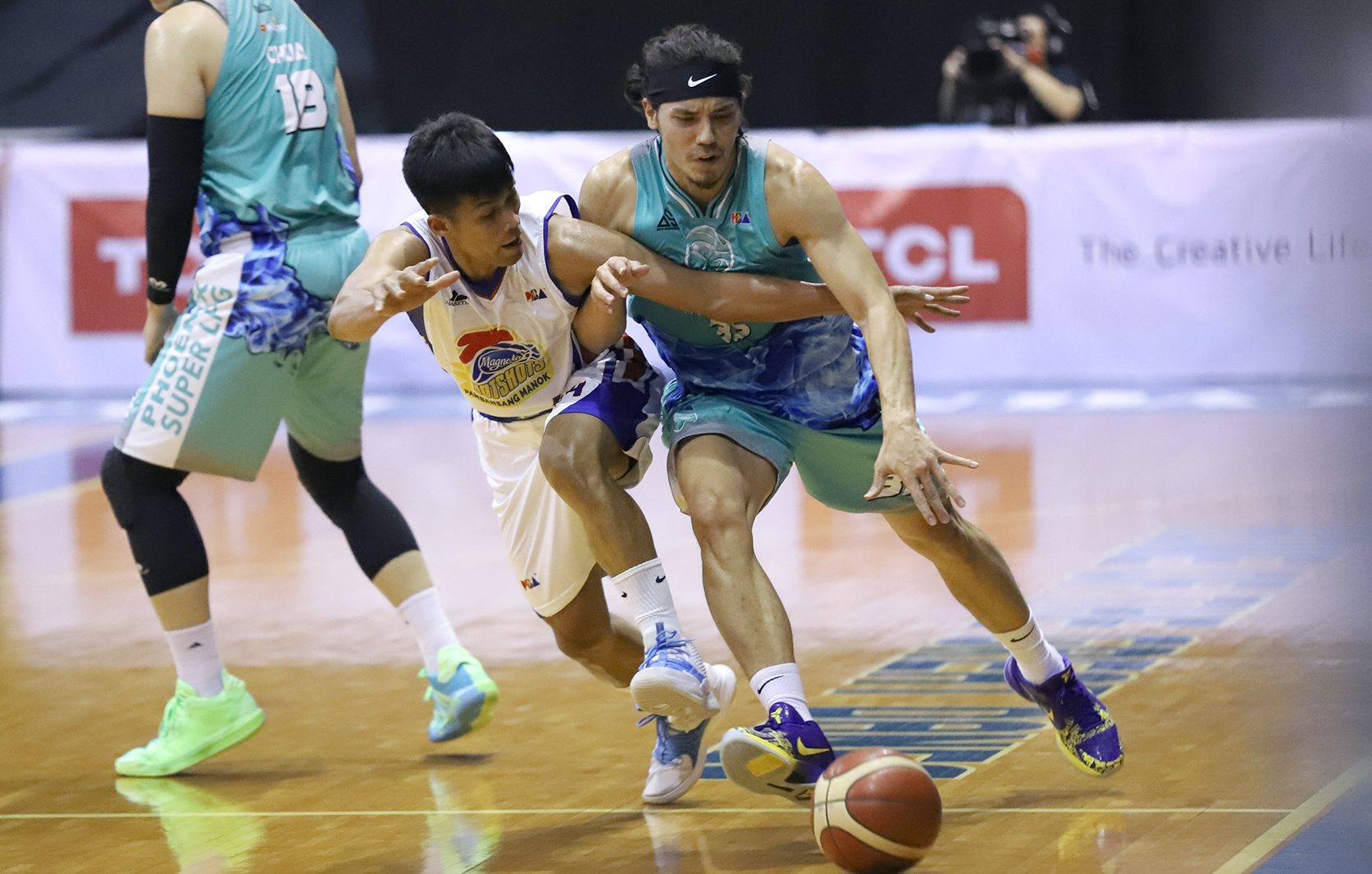 Facebook Twitter Copy URL
Copied
Coming off the bench for the first time in the PBA Philippine Cup, Matthew Wright sends Phoenix to the semifinals

Whether on a starting or an off-the-bench role, Matthew Wright does not fail to deliver the goods for Phoenix.

Phoenix advanced to the semifinals of the PBA Philippine Cup as Wright sank the game-winning three-pointer in a nail-biting 89-88 quarterfinals win over Magnolia.

Coming off the bench for the first time after starting in all of their 11 games in the conference, Wright still netted a team-high 32 points to go with 9 assists and 5 rebounds.

“I don’t know if you noticed, that was the first time Matthew Wright didn’t start for us. As a young coach, I asked permission from Matt if it’s okay for him not to start,” Phoenix head coach Topex Robinson said.

“One thing that Matt asked is, ‘Do you believe in that?’ And I said, ‘Yes, the coaching staff believes in that.’ And he said, ‘Whatever it is you want to do coach, as long as you all believe in that, I’m all for it.’ That’s just trust.”

Robinson said deputy Jamike Jarin pitched the idea of Wright coming off the bench, particularly because Phoenix anticipated the sweet-shooting guard to be the focal point of the Magnolia defense.

Wright has been the main man for Phoenix all conference long, averaging 22.8 points, 6.0 assists, 5.4 rebounds, and 1.4 steals in the elimination round.

But Wright – with Phoenix trailing 86-88 and the shot clock winding down – found a small opening against Barroca and hit a one-legged triple with 9.8 ticks left to give his team the lead, and eventually, the win.

“Your best player sacrificing his starting spot for the good of the whole team is just magical for us,” Robinson said.

“I don’t know how he made that shot. He just told me after that shot, ‘You trust me coach?’ I said, ‘With all my heart.’ And that’s just something special, so magical.”

Wright will once again be a marked man as Phoenix, seeking to reach the PBA finals for the first time in franchise history, takes on TNT in a best-of-five semifinals affair. – Rappler.com