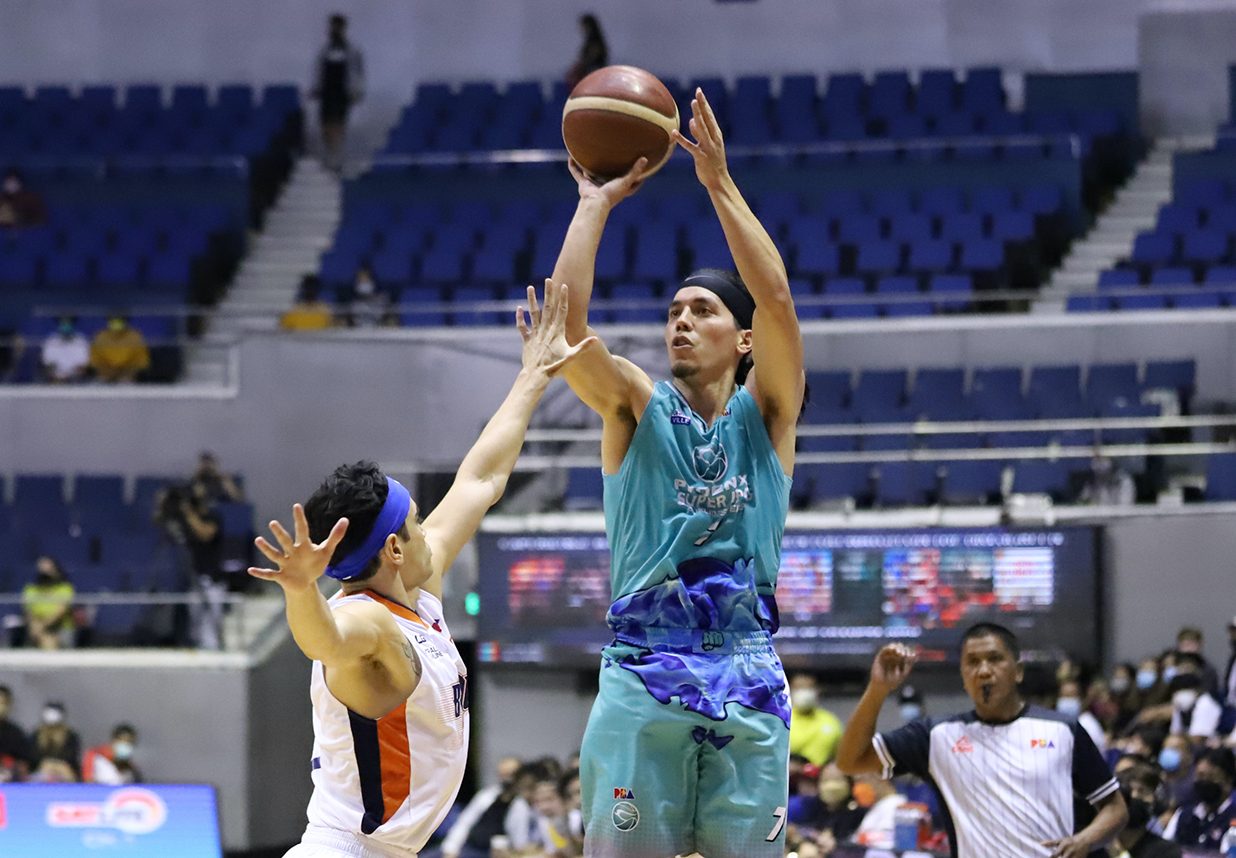 FRANCHISE PLAYER. Matthew Wright will soon meet with Phoenix management to talk about his future with the team.

MANILA, Philippines – Whether Matthew Wright will stay in the PBA or pursue an overseas career has yet to be decided.

The Phoenix star will meet with the Fuel Masters management to talk about his future with the team as his contract expires soon.

“We’ll see what happens. But I guess it’s a step in the right direction, it’s going to be exciting what Phoenix has got to offer. I’m willing to listen. It’s exciting,” said Wright on Friday, March 18.

The Filipino-Canadian guard has long been rumored to be the next PBA standout to take his act to the Japan B. League, where NLEX’s Kiefer Ravena and TNT’s Ray Parks are currently playing.

Aside from Japan, Wright said there are also other interested leagues from “different countries” in the mix.

But as lucrative as the offers are from foreigns leagues, Wright said he also wants to stay in the Philippines, considering it has been his home since he joined the PBA in 2016.

Wright, a father of two, is set to marry his longtime partner Gabriela Moscoso next month.

“I’d love to stay in the Philippines. My family’s here, my son’s born in St. Luke’s, I got a farm here in Quezon province, so my whole life is here. I’ve been here for over six years. It’s not easy to just leave,” he said.

“But if the opportunity arises, the price is right, you got to reconsider sometimes.”

Playing for Gilas Pilipinas will also be considered in the decision as Wright got tapped by coach Chot Reyes to be part of the pool for the Southeast Asian Games in Vietnam, where the squad will shoot for gold.

“I love the PBA. I love Gilas. Those two things are very hard to separate.”

Although he admitted his frustrations about seeing key Phoenix players go, Wright quashed the notion that he is not getting any help.

Since the offseason, the Fuel Masters let go of Calvin Abueva, Vic Manuel, and Justin Chua through trades and saw Chris Banchero leave through free agency.

“I’ve had help especially in the import conference, we have a great import, he’s a great help. It’s not only that, I got to do better too,” said Wright.

“Mike (Jordan) and Kobe (Bryant) never complained over that kind of sh*t, they just went to the gym and got better. So I got to get better.”

Wright, however, conceded that having more star players on the team is always welcome.