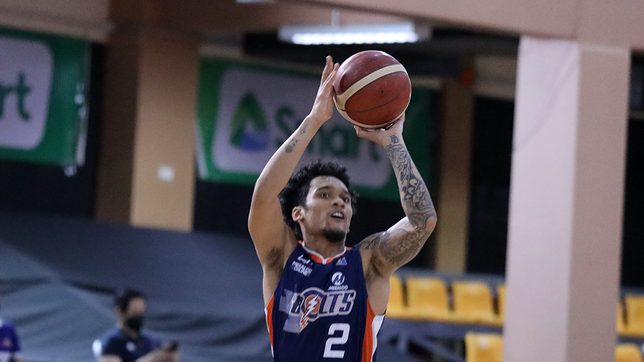 MANILA, Philippines – Point guard Trevis Jackson has parted ways with Meralco after three years with the team as the Bolts traded him to Rain or Shine in exchange for Franky Johnson.

The PBA approved the deal on Saturday, December 4.

“He is a good teammate and we thank him for giving his time and effort to Meralco. We wish Trevis the best with his new team,” Meralco team manager Paolo Trillo said.

The Bolts selected Jackson as the fifth overall pick in the 2018 Draft.

Jackson played five conferences for Meralco, with his best campaign coming in the 2019 Philippine Cup, where he averaged 6.1 points, 1.6 assists, and 1.3 rebounds.

His numbers have dipped over the last two seasons as Jackson normed 2.3 points and 1.3 rebounds in the previous all-Filipino conference.

Meanwhile, Johnson leaves the Elasto Painters after just one conference since the team drafted him 17th overall earlier this year.