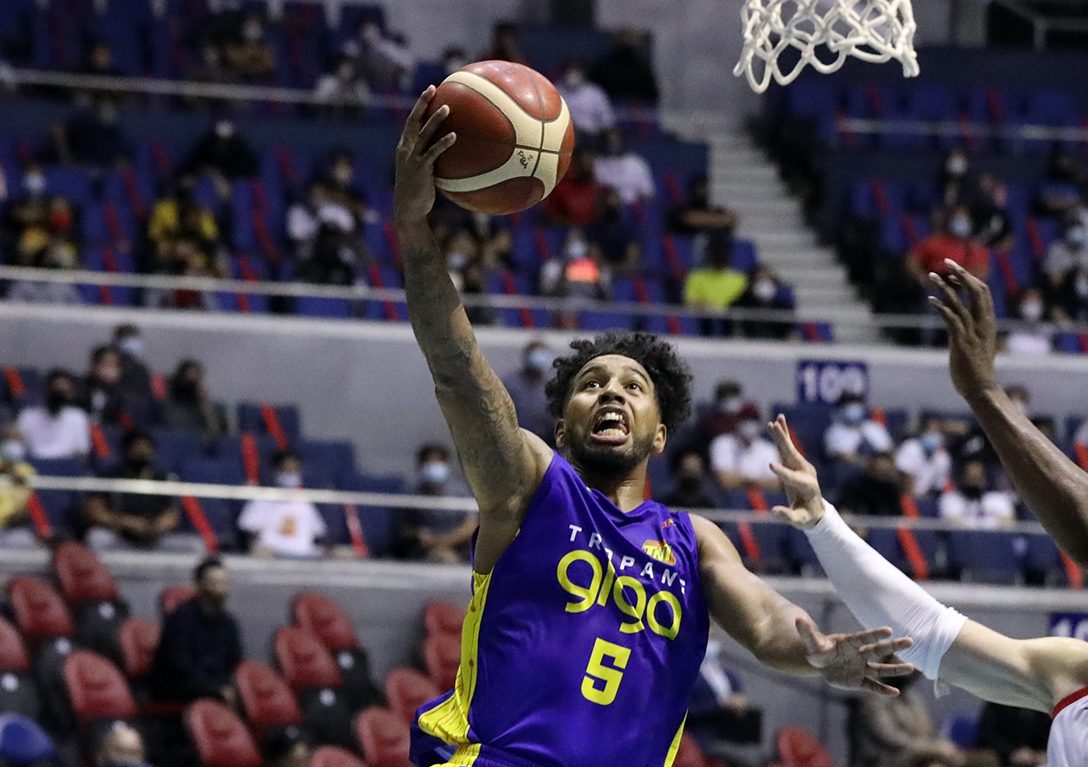 Facebook Twitter Copy URL
Copied
With MVP contender Mikey Williams yet to sign a contract, defending Philippine Cup champion TNT gets upset by a Blackwater side that won just one game last season

MANILA, Philippines – Mikey Williams’ absence has taken its toll on TNT as it lost to Blackwater for the first time in nearly four years.

Playing without Williams for the second straight game to start the PBA Philippine Cup, the Tropang Giga suffered a 78-85 upset – their first against the Bossing since the 2018 Governors’ Cup – on Thursday, June 9.

It was such a shocking defeat considering TNT is the defending All-Filipino champion, while Blackwater picked up just one win last season after enduring a historic 29-game losing streak.

But Williams’ return may take longer than what the team wants as Tropang Giga head coach Chot Reyes bared a day prior to the loss that they have yet to strike an agreement with the Filipino-American guard.

Williams is coming off a stellar season that almost saw him become the second rookie to win Most Valuable Player in PBA history since legend Benjie Paras first achieved the feat in 1989.

Powering TNT to the Philippine Cup crown with the Finals MVP award to boot and posting 19.5 points, 4.4 rebounds, and 4.4 assists last season, Williams captured the Rookie of the Year plum in runaway fashion.

The 30-year-old then finished as runner-up to Scottie Thompson in the MVP battle and earned a spot in the Mythical First Team.

With or without Williams, the Tropang Giga need a quick turnaround as they try to rediscover their winning ways when they tangle with the Converge FiberXers on Sunday at the Ynares Center in Antipolo. – Rappler.com