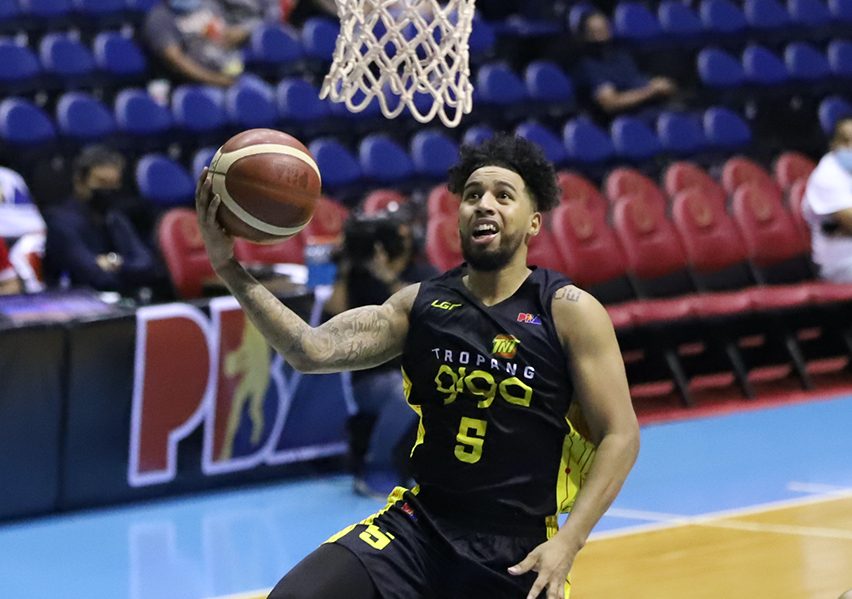 SUPER ROOKIE. Mikey Williams has been magnificent for TNT all throughout the PBA Governors' Cup.

Williams towed the Tropang Giga to two crucial wins as TNT clinched the last remaining twice-to-beat bonus in PBA Governors’ Cup playoffs on his way to being name the PBA Press Corps Player of the Week.

The rookie guard averaged 22 points, 6.5 assists, 4 rebounds, and 2 steals in victories over Terrafirma and NorthPort as the Tropang Giga ended the elimination round with a 7-4 record and nailed the No. 3 seed.

It was a unanimous vote for the men and women who regularly cover the PBA beat, with Williams claiming the honors for the period of March 9 to 13, the last week of the elimination round.

Their playoff fate on the line, with a loss to NorthPort resulting in TNT dropping to No. 5, Williams took over in overtime with a couple of clutch threes and key baskets as they hacked out a 106-101 win.

Riding on a five-game winning streak, Williams and the Tropang Giga seek an immediate entry to the final four when they meet reigning Governors’ Cup champion Barangay Ginebra on Wednesday, March 16. – Rappler.com