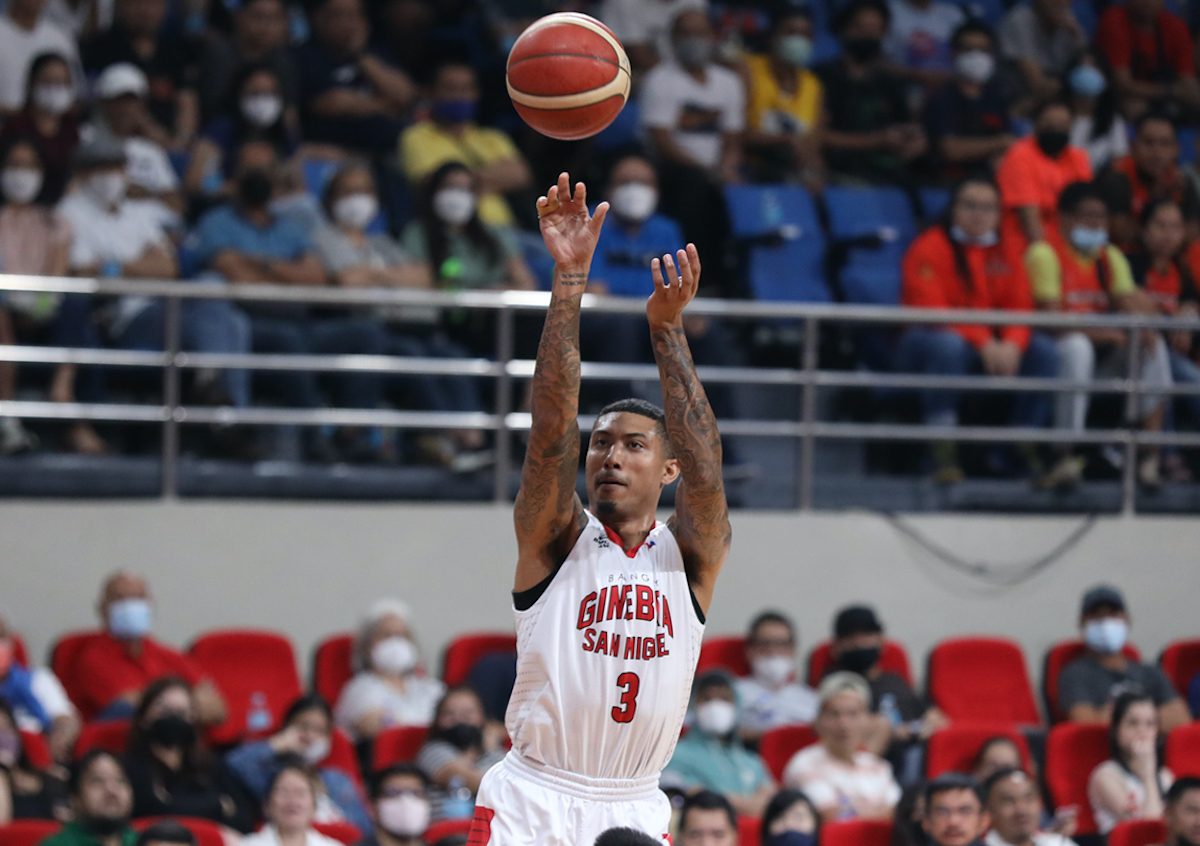 MANILA, Philippines – It probably was not coincidence that Jamie Malonzo turned in his best performance for Barangay Ginebra in his first encounter against his former team NorthPort.

The high-flying forward churned out a conference-high 26 points to go with 5 blocks and 3 rebounds as the Gin Kings revived their bid for the twice-to-beat playoff bonus with a 122-105 win over NorthPort on Sunday, November 27.

“I think I have a little motivation in this game. Those are familiar faces,” said Malonzo.

Malonzo enjoyed a successful rookie season at NorthPort before he got traded to Ginebra in September as the centerpiece of a three-team deal that also involved San Miguel.

“I just want to show a little bit of something to my old friends, old coaches, management. Yeah, a little extra motivation,” he said.

Malonzo proved to be a thorn in the side of the Batang Pier as he anchored the Gin Kings’ fourth-quarter breakaway.

He scored 10 points in the final period, 8 coming in decisive 20-5 run that broke a 96-96 tie and gave Ginebra a commanding 116-101 lead en route to the win that kept the Gin Kings in contention for the quarterfinal incentive.

Showing he is more than just his aerial exploits, the sophomore forward knocked down conference-high-tying 3 three-pointers in 8 attempts.

As impressive as Malonzo has been – leading all Ginebra locals in scoring with an average of 14.1 points a game – he remains a work in progress as he continues to find his place within the system of head coach Tim Cone.

Cone, though, lauded Malonzo for compensating for his shortcomings with sheer effort.

“Any mistake that he does, he makes up 10 over just from his hustle, desire, blocking shots, running the floor, rebounding, flying over the place, but he is still learning what we’re doing,” Cone said.

“It is frustrating for him and oftentimes frustrating for me and everybody because we want to be a tight, tight team with what we’re doing. But we’re working towards that. I’ve been real proud.”

Cone added Malonzo has been hard at work since he joined the Gin Kings.

“I measure Jamie not so much with what he does in the game, I measure him everyday, what he is doing everyday. And he comes out, works hard,” Cone said.

Now at joint third place with an 8-3 record, Ginebra needs to beat Converge in its final game in the elimination round on Wednesday, November 30, to boost its chances for the win-once ticket in the quarterfinals. – Rappler.com