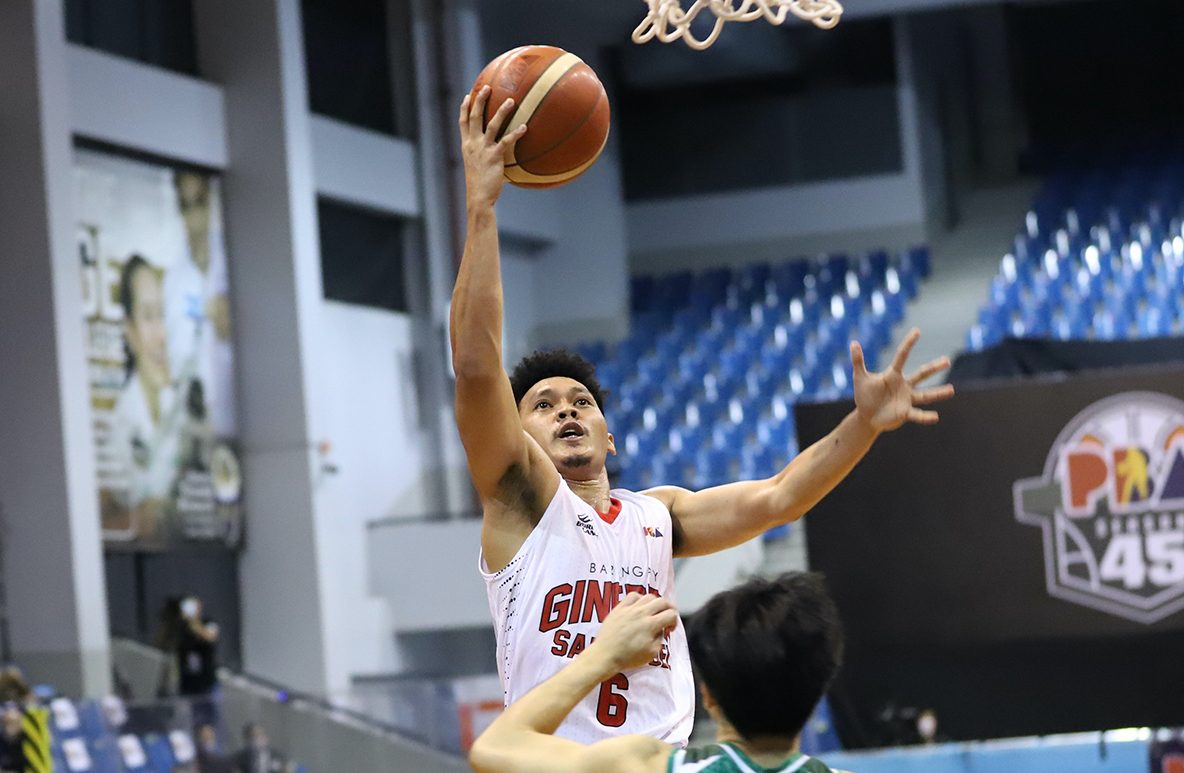 It has been a rough ride lately for Barangay Ginebra San Miguel, but all is well in the end.

The Gin Kings clinched the top seed in the 2020 PBA Philippine Cup after a 102-80 mauling of the hapless Terrafirma Dyip on Monday, November 9, and are now assured of a twice-to-beat advantage in the playoffs.

Motivated by an embarrassing 66-81 loss to sister team San Miguel the day prior, Ginebra dropped 61 points in the first half alone, and never looked back.

Head coach Tim Cone breathed a sigh of relief as their team finished its elimination round on a high note and moved on from allegations that they gave the game to San Miguel to boost the Beermen’s chances at a better playoff position.

“Obviously, you don’t want to lose the first one, because you don’t know what’s gonna happen with the second one,” he said in the post-game presser. “But once we found out that we weren’t going to win, we just really wanted to focus on this game.”

“So we went out, and I thought we played with a real purpose tonight in terms of doing what we wanted to do.”

Japeth Aguilar led that purposeful finishing kick, as he led all scorers with 21 points on a perfect 10-of-10 shooting clip. Scottie Thompson was once again a do-it-all guy as he tallied a near-triple-double of 13 points, 11 rebounds, and 9 assists in 42 minutes.

Less than 24 hours prior to this blowout win, however, it was a completely different story.

Even before the San Miguel-Ginebra game ended, the Gin Kings were already on the receiving end of fan criticism for allegedly throwing the game with a weak performance, and the backlash continued onto their second day of another back-to-back slate.

“We came off a tough game with TNT and we were not really ready to play that basketball game [against San Miguel],” Cone said. “Again that’s on me. I was hoping they would be ready, but they weren’t, and then I had to make that decision.”

Sure enough, in the bigger picture, Ginebra still came out a big winner after the elimination round, even though it hit rock bottom against the Beermen.

“That was a call we had to make, and if I may say now, it’s the right call,” Cone said. “We’re the No. 1 seed. We’re going to the playoffs healthy and fresh, and we feel we have a shot.” – Rappler.com