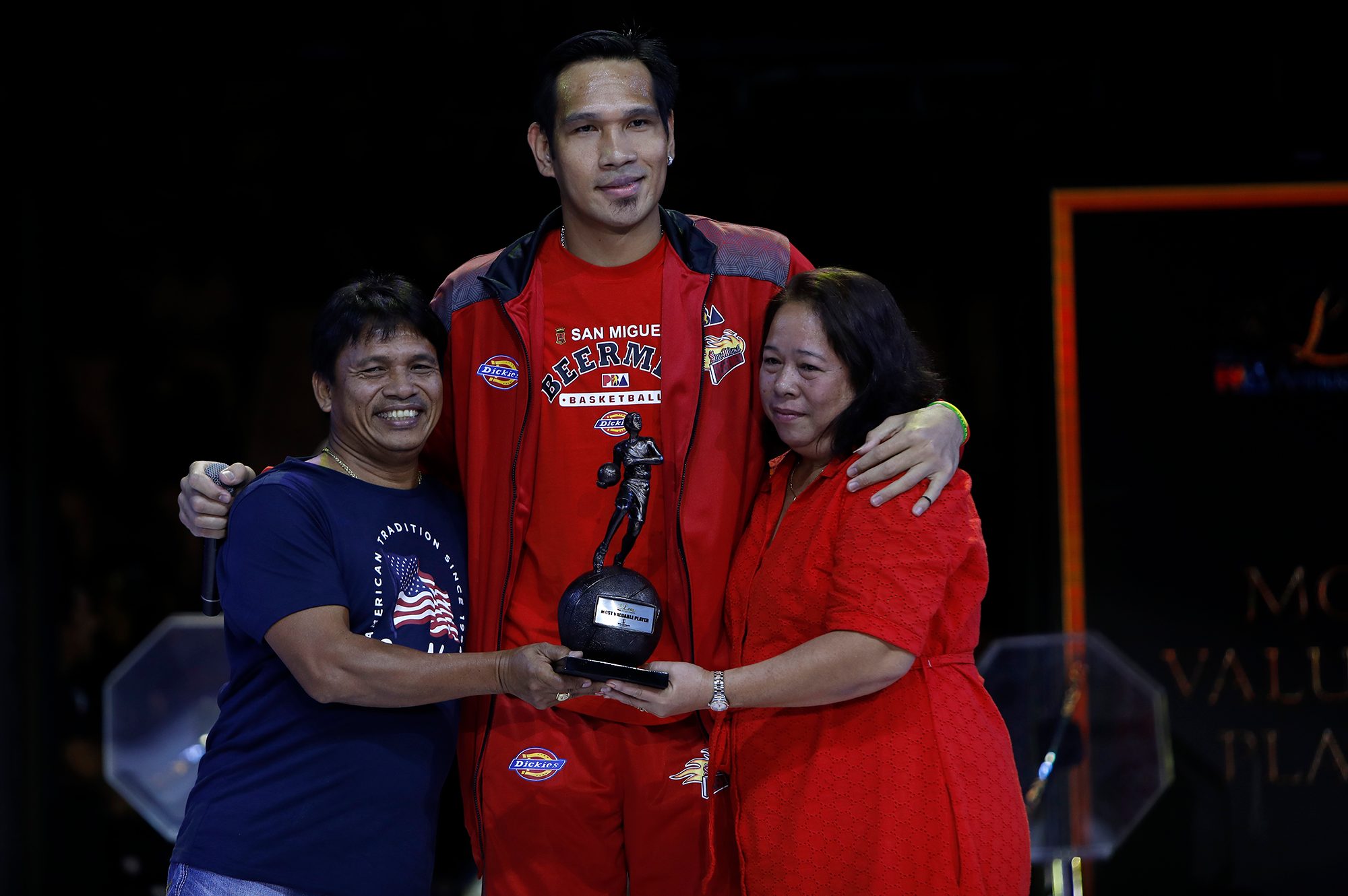 FAMILY'S PRIDE. June Mar Fajardo celebrates one of his MVP awards with parents Bonifacio and Marites.

June Mar Fajardo’s triumphant return from injury to the PBA has been dealt a huge emotional blow as the Cebuano superstar’s mother Marites died on Thursday, August 12. She was 52.

Although Fajardo himself has not issued a statement on the matter, his official Facebook page has since changed its profile picture to a candle on a black background, a common image for mourning.

Fajardo, one of Philippine basketball’s greatest and most universally liked players, always held his parents in high regard, and his discipline on and off the court frequently spoke volumes of his upbringing.

The 31-year-old gentle giant, a self-confessed “mama’s boy,” never involved himself in any kind of on-court brawls on any stage, nor did he talk trash or play dirty no matter how high the stakes were.

It was also one of the last public appearances of his mother before the pandemic lockdown began.

(My parents are the reason why I’m here, and why I persevered. I’m not ashamed to say we came from poverty, and that’s why I persevered. I just want to give them a good life. I want their lives to be stable, and not be troubled by anything.)

Fajardo is currently eligible for an unprecedented seventh straight MVP award, but understandably, it remains to be seen what he does with his immediate basketball future after the PBA break. – Rappler.com