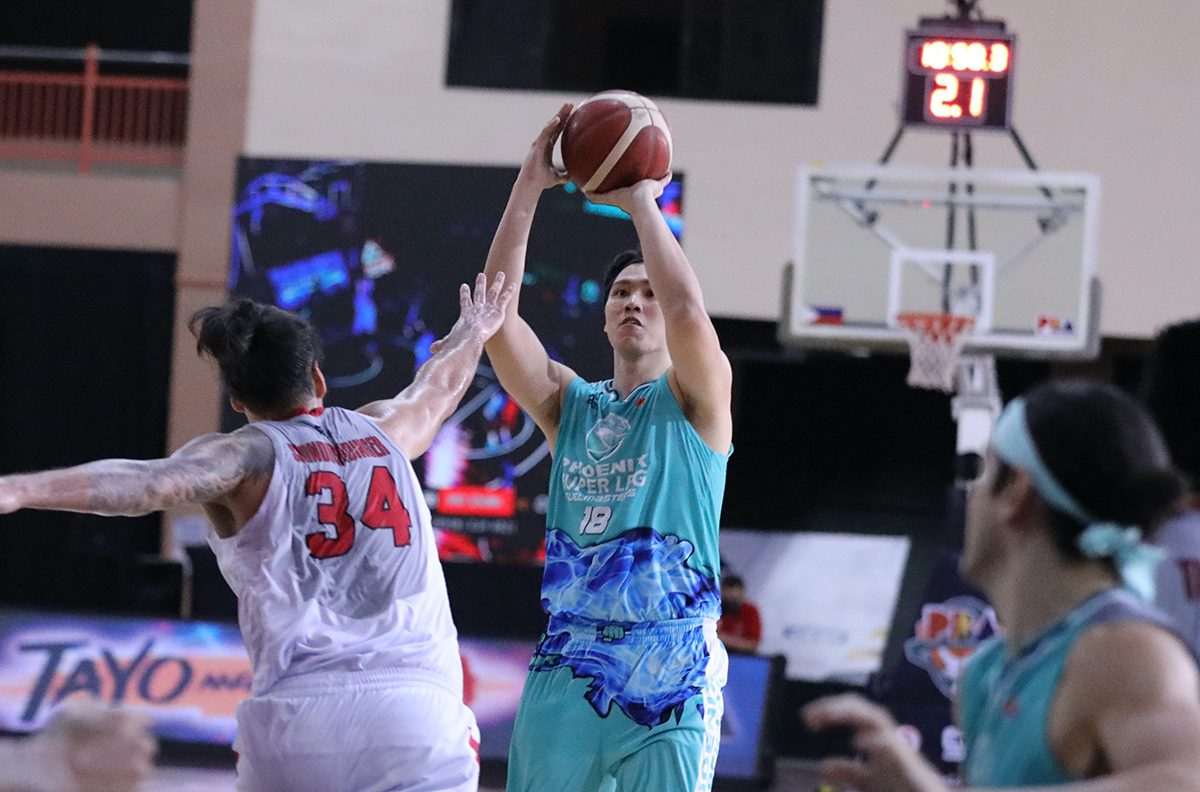 FAREWELL. Justin Chua parts ways with Phoenix, his home since 2017.

MANILA, Philippines – In a bid to beef up its depleted frontcourt, NLEX pulled the trigger on a trade with Phoenix to acquire Justin Chua.

The Road Warriors let go of Kris Porter, a 2021 second-round pick, and a 2022 first-round pick as they received Chua from the Fuel Masters in a deal approved by the PBA on Thursday, February 24.

Chua bolsters an NLEX squad which saw its forward rotation in the PBA Governors’ Cup crippled with injuries to Calvin Oftana, Mike Miranda, and Tony Semerad.

Toting a 6-3 record, the Road Warriors seek to end the elimination round with a bang with Chua on board as Oftana, Miranda, and Semerad are expected to remain sidelined.

Chua – who suited up for five different teams in his first four years in the PBA – found a home at Phoenix, which obtained him from a trade with TNT in 2017.

It was during his time with the Fuel Masters wherein Chua enjoyed his best seasons in the PBA.

The 32-year-old won the Top Bubble D-Fender award in the 2020 Philippine Cup and fell short of the Most Improved Player plum in the same conference following a close battle with Barangay Ginebra slotman Prince Caperal.

Chua is averaging 5.3 points and 2.5 rebounds in the Governors’ Cup.

Meanwhile, Porter ends a four-season stint with NLEX, which picked him as the No. 16 overall pick in the 2018 Draft.