No rest for the weary as ailing Chris Ross hounds Ginebra 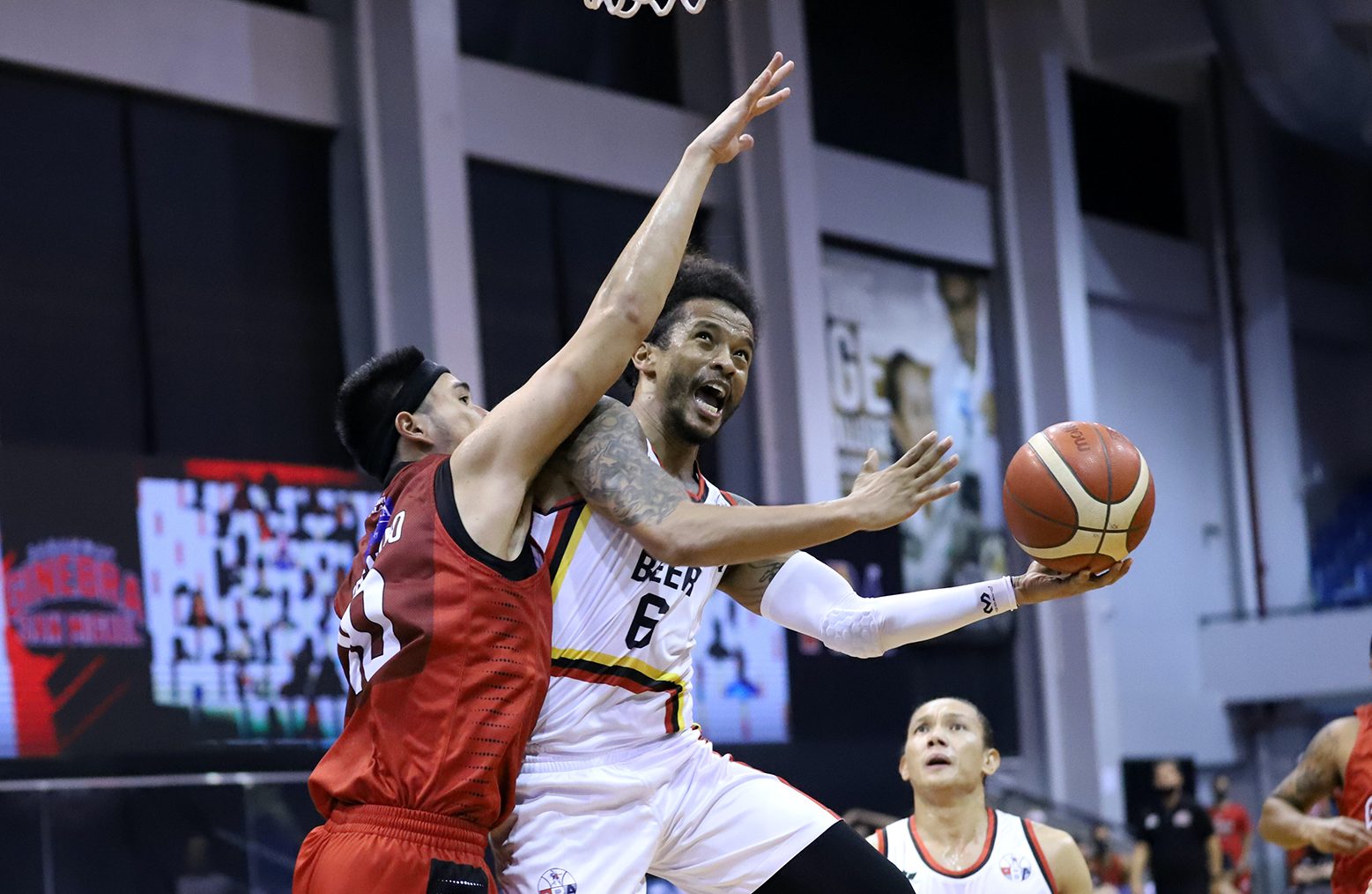 San Miguel Beer’s growing injury list has been a closely monitored development all throughout the 2020 PBA Philippine Cup.

Already playing without six-time reigning MVP June Mar Fajardo and 2019 Commissioner’s Cup Finals MVP Terrence Romeo, the Beermen have been forced to give heavy minutes to the stars they have left all conference long.

One of those key cogs is veteran guard Chris Ross, who hounded sister team Barangay Ginebra en route to an 81-66 rout on Sunday, November 8.

The 34-year-old held nothing back with an impressive 11-point, 14-rebound, 4-assist, and 4-steal outing, while his backcourt mates Alex Cabagnot and the returning Marcio Lassiter struggled for a combined 23 points on a 9-of-31 clip.

Admitting post-game that he was not fully healthy, Ross still did what he does best, and he helped hold Ginebra guards Stanley Pringle and LA Tenorio to 7 and 0 points, respectively.

“I just try to battle. I’m nowhere close to 100%, but I know it’s a big game,” he said after playing 36 minutes. “The team needs me, and I have to produce. If I’m on the court, there are no excuses. I just try to go out there, give them my all, and try to help the team win.”

With the win against the league’s top-seeded team, the Beermen forced a four-way tie at 4th place with Meralco, Alaska, and Magnolia with identical 6-4 records.

Had they lost, the five-time reigning conference champions would have been teetering on the edge of the playoff picture at solo 8th place.

Head coach Leo Austria obviously knew of the danger they just averted, and thanked players like Ross for pulling through despite having tired legs.

“I think the players were motivated by our situation right now,” he said. “We have to win the last two games, or else, we will be eliminated.”

“In the second half, of course, we needed closure, so the veterans extended their minutes,” he continued. “Fortunately, with our opponents, they really wanted to win, but their outside shots were just not falling, maybe because of the last game they had.”

The Beermen will have one more must-win game next Tuesday, November 10, against the also-ran NorthPort Batang Pier, but more importantly, they get a precious rest day prior to that game.